Google's Chrome needs polishing but is off to a good start

By Nicholas Rougeux, posted on September 2, 2008 in Browsers, Software, Web 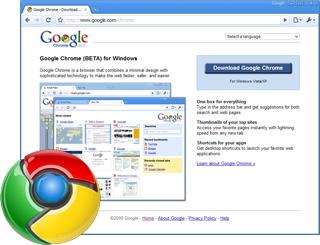 These are just a few of my first impressions after an afternoon of toying around. Overall, it's pretty great for an 0.2 beta release. (Although I find it amazing that after two years of development, they couldn't stick in an obvious print button). It should be fun to watch how the browser landscape advances over the next few years.