This site is a complete reproduction and restoration of Elizabeth Twining’s celebrated catalog of botanical illustrations from 1868, Illustrations of the Natural Orders of Plants enhanced with interactive illustrations, descriptions, and posters featuring the illustrations designed by Nicholas Rougeux. 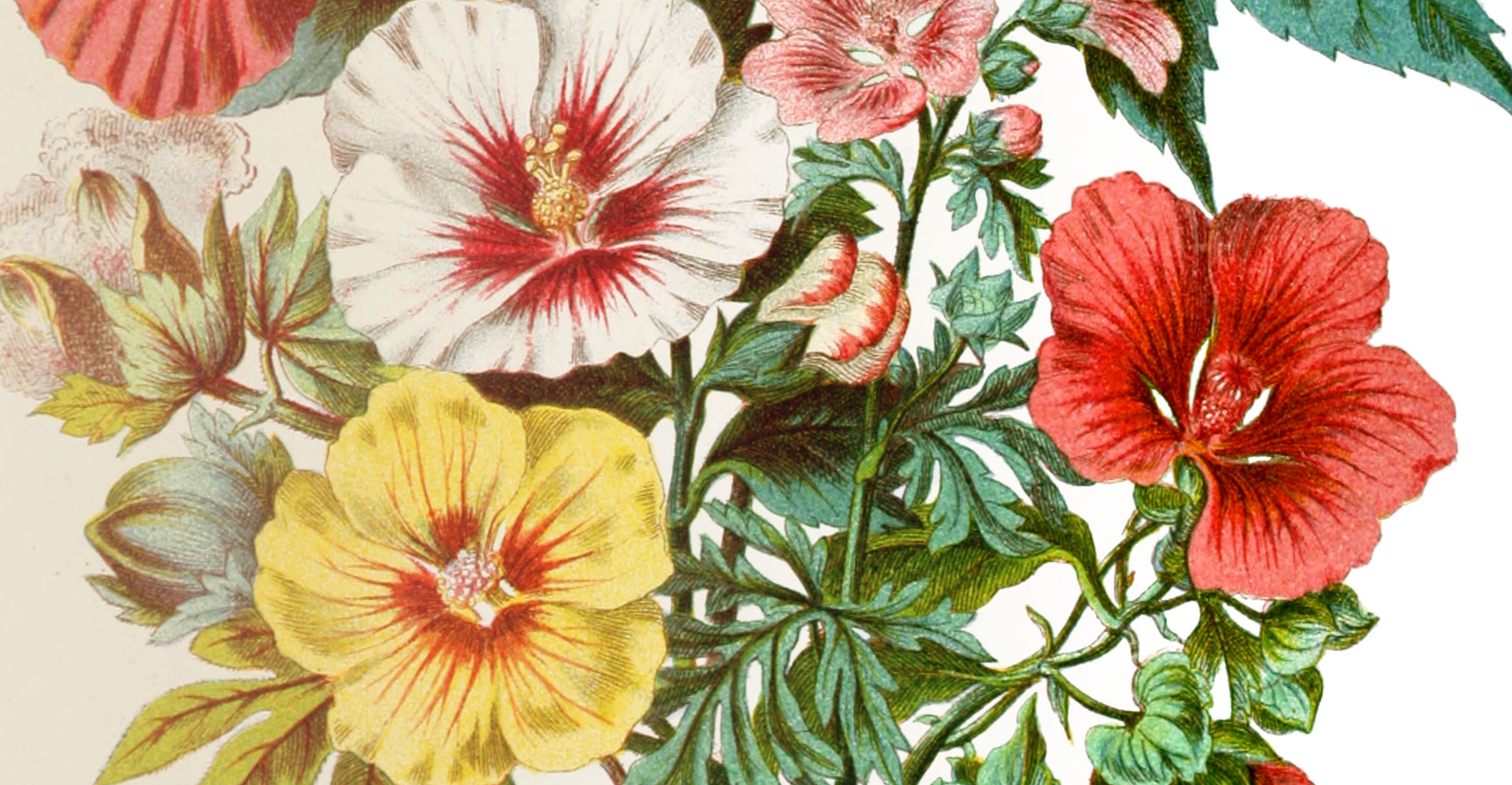 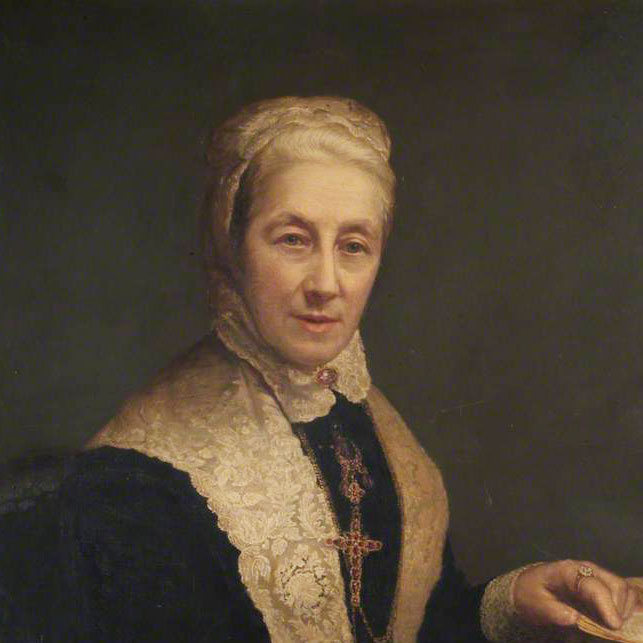 Botanical illustrator, painter, author, and champion for social reform. She also focused on and the importance botany played in developing an education.

Elizabeth was born in 1805 into the Twinings tea merchant family, one of the nine children of Richard Twining and his wife Elizabeth Mary Smythies. Raised in a privileged area of London, she learned art and drawing as part of her upper-class education. Inspired by Curtis’s The Botanical Magazine and the Royal Horticultural Society at Chiswick gardens, Elizabeth began drawing plants and flowers. She practiced by making sketches from works in the Dulwich Picture Gallery, and toured famous museums thanks to her father’s patronage.

She wrote and illustrated a number of books on the subject of botany, most notably the two-volume Illustrations of the Natural Order of Plants, which included a total of 160 hand-coloured lithographs, royal folio, reportedly based on observation at the Royal Botanical Gardens in Kew and at Lexden Park in Colchester.

Apart from her artistic endeavours, Elizabeth Twining was a notable philanthropist. She established and managed a temperance hall in Portugal Street; renovated the parish almshouses near her Twickenham home (a fact commemorated by a plaque on St Mary’s Church, Twickenham); and, after a long association with King’s College Hospital, established the Saint John’s hospital for the treatment of the poor. She was the founder of “mothers’ meetings” in London, for which she wrote Ten Years in a Ragged School and Readings for Mothers’ Meetings. She contributed to the founding of the Bedford College for Women by Elizabeth Jesser Reid.

A unique look at plants using a early classification system.

The original two-volume set of Illustrations of the Natural Order of Plants was published in 1849 (volume 1) and 1855 (volume 2) and contained 160 vignettes of British plants alongside those from other countries. “By thus placing our native plants in groups with foreigners, we acquire a more correct idea of the nature of our Flora, and the character it has when compared with that of other countries,” she wrote in the introduction. In 1868, a second edition was published using less-expensive colour-printed plates with re-drawn illustrations based on her originals. This site is based on the illustrations and descriptions from this second edition.

Twining chose to illustrate plants using the classification system created by Augustin-Pyrame de Candolle based on multiple characteristics of plants—rather than the more widely used system by Carl Linnaeus which was focused on plants’ reproductive characteristics—because the De Candolle system was newer and she wanted her readers to be up to date as classification systems were evolving. Her illustrations depict orders of plants. Modern biological classification systems have evolved a great deal since the original publication, but Twining’s illustrations serve as a snapshot in time. The vignettes don’t illustrate every genus and species in an order, but the combinations of plants she chose to illustrate are intriguing because they depict plants not often seen together.

Since the books were written in the 1800s, some of the grammar, phrasing, and terminology are now considered out of date and offensive. The language has been preserved here in an effort to be true to the original. 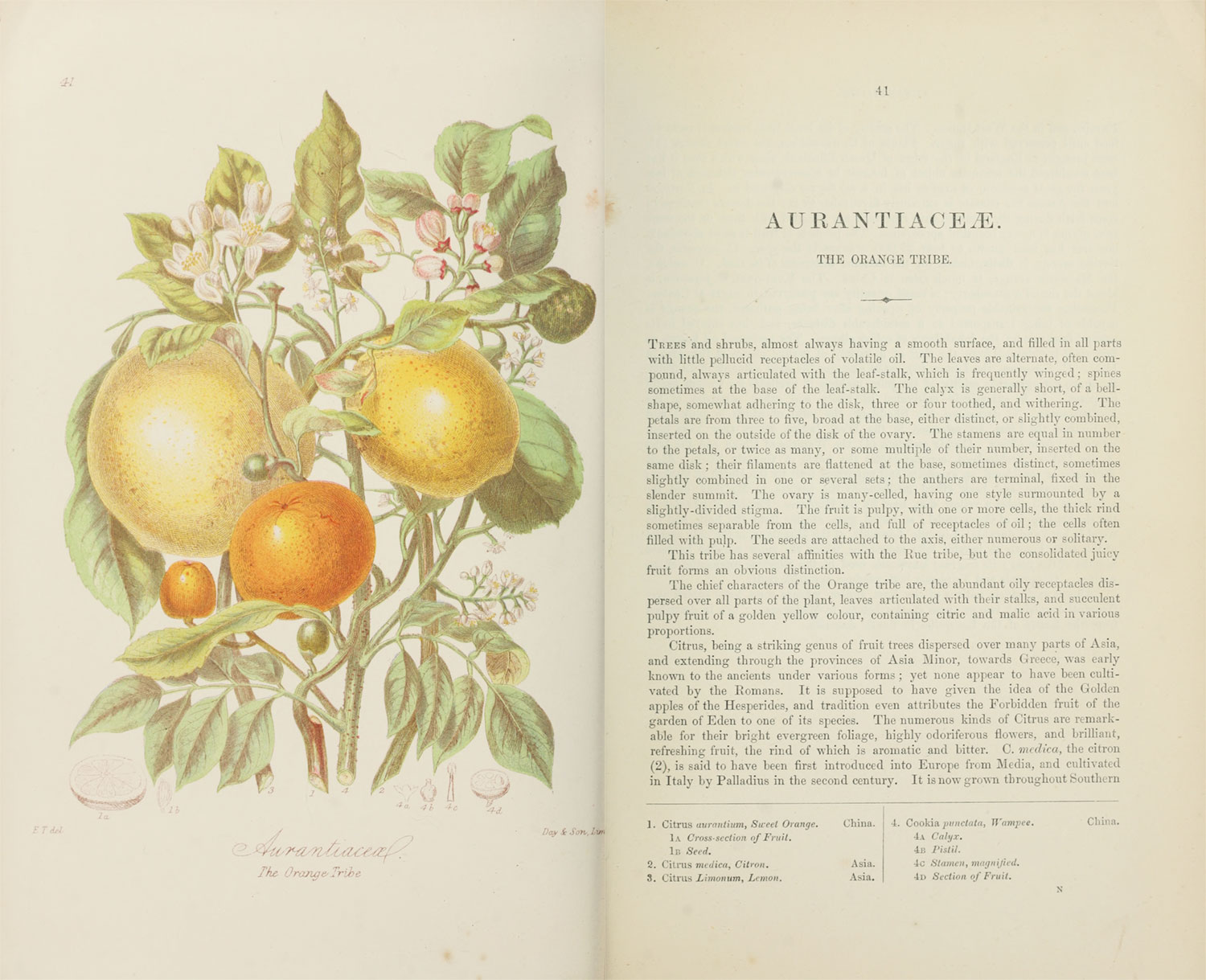 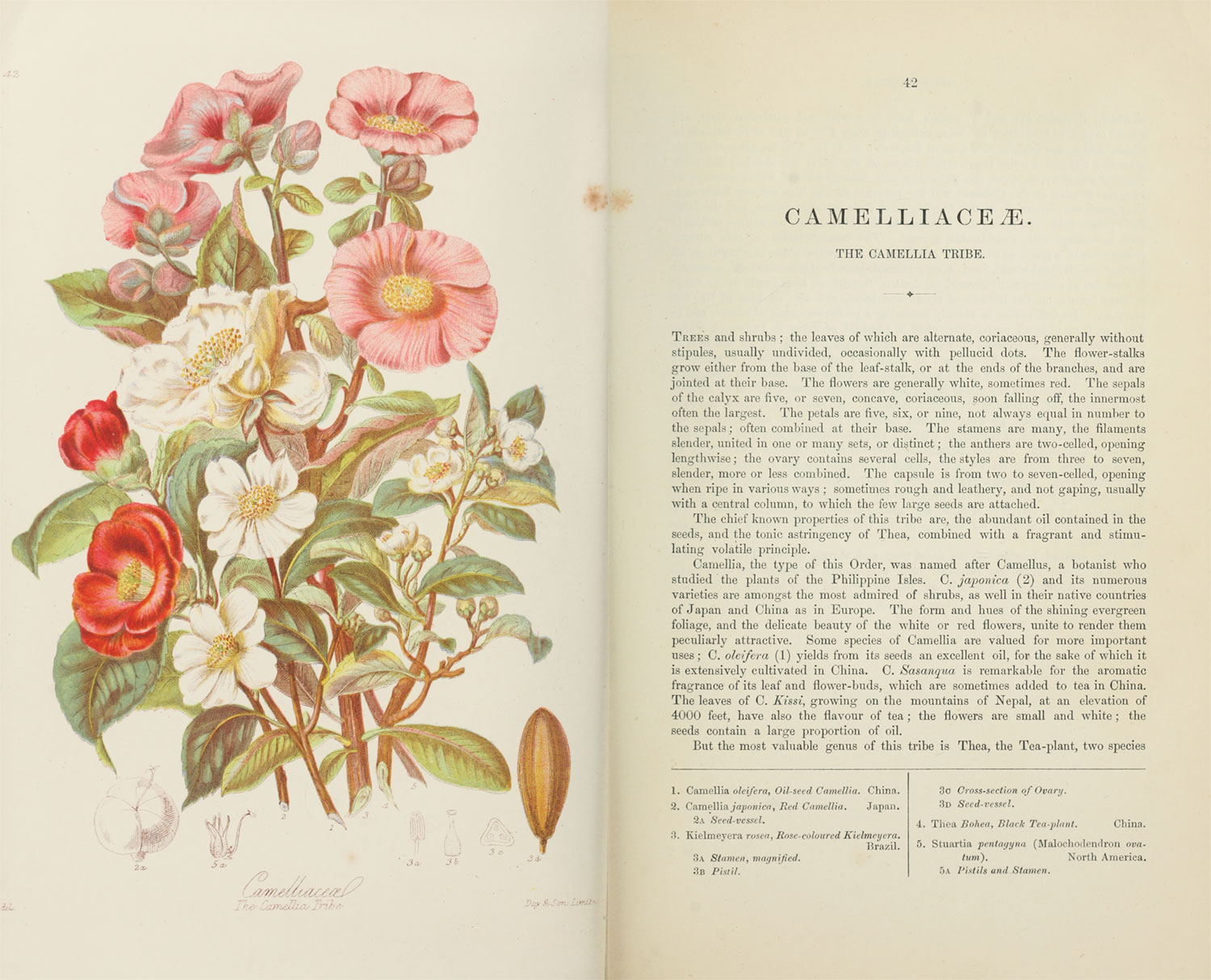 Each illustration has been carefully restored and enhanced with interactive descriptions.

Each of the 160 illustrations was restored from the original scans to be as colorful as the plants they depict, which involved carefully adjusting the colors and cleaning up spotting and other markings on the scans to produce clean images without altering the underlying original illustrations.

All 772 plants were outlined by hand

After restoration, every plant that was referenced in the original illustrations’ legends was carefully outlined to create hotspots that correspond with the accompanying descriptions. This process alone took one to four hours per image and the entire project took four months to complete. The images below show the five flowers depicted in Passifloraceæ, the Passion-Flower Tribe.

How it was made »

There are some advanced techniques being used on this site so only modern browsers are supported. These include Chrome, Firefox, Safari, and Edge. Internet Explorer is not supported.

Found a bug or typo? Let me know. Thanks for helping!

Posters and website design are under the copyright of Nicholas Rougeux. All other content and diagrams are under the Creative Commons Attribution-ShareAlike 4.0 International license (CC BY-SA 4.0).

Photos by Alexandra Gorn and Samantha Gades on Unsplash.