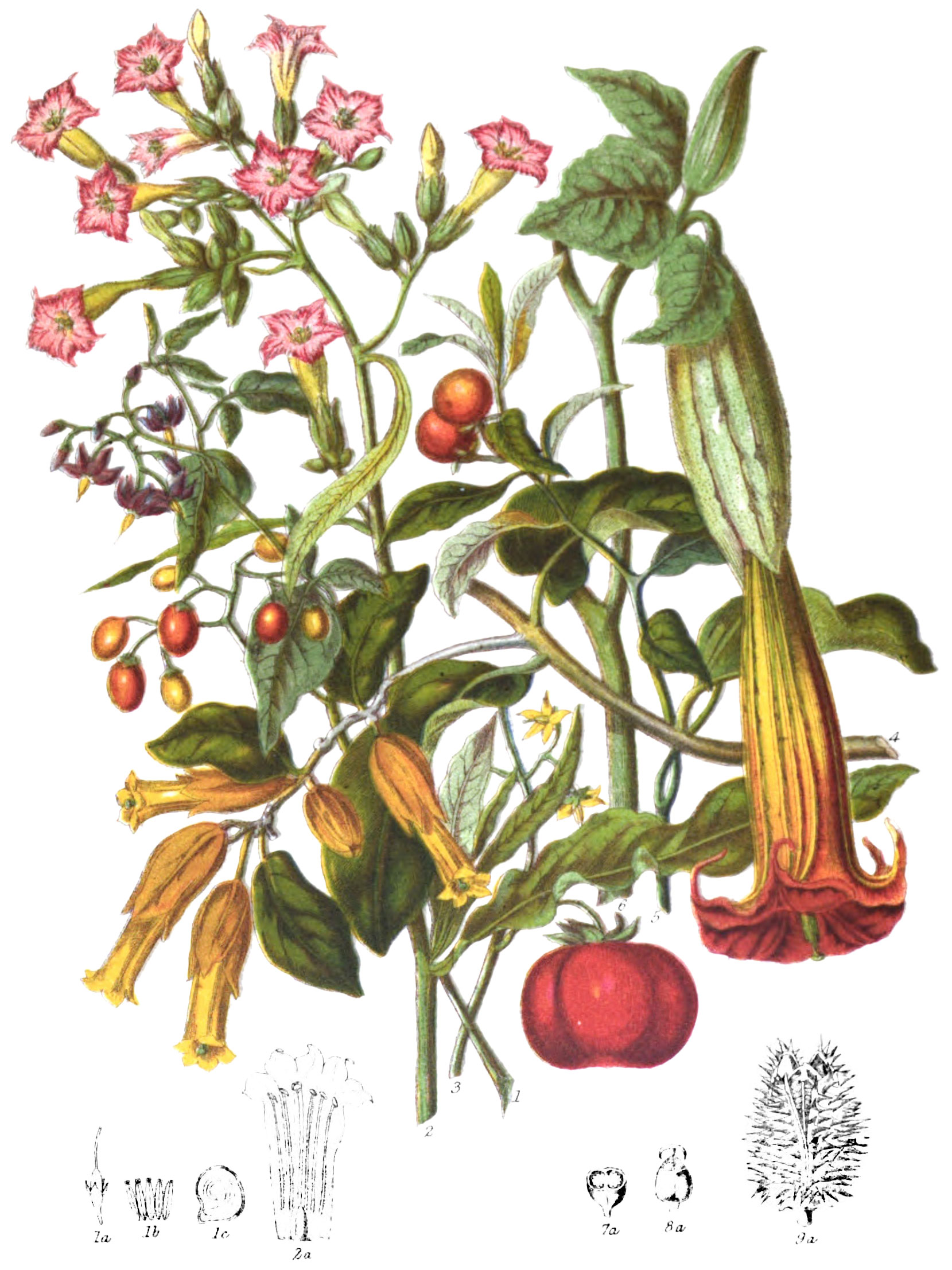 Trees, shrubs, and herbaceous plants. The leaves are alternate, undivided, or lobed; some near the flowers are placed close together. The flowers are various, sometimes growing from the base of the leaf-stalk. The calyx is below the ovary, five-parted, seldom four, persistent. The corolla is of one petal, attached below the base of the ovary; the top five-cleft, seldom four, regular. The stamens are inserted upon the corolla, as many as its segments, and alternate with them; the anthers burst by pores, or lengthwise. The ovary is usually two-celled; the style single, stigma simple. The seed-vessel is a capsule with two, four, five, or many cells; or a berry; the seeds are many, and contain fleshy albumen.

This Tribe is chiefly distinguished from Scrophulariaceæ by the flowers being regular, as with many stamens and lobes.

Narcotic and even poisonous properties exist in these plants, as well as wholesome food in some portions.

This Tribe is found in nearly all countries except those within the Arctic and Antarctic Circles, most abundant in the Tropics, and chiefly in species of Solanum.