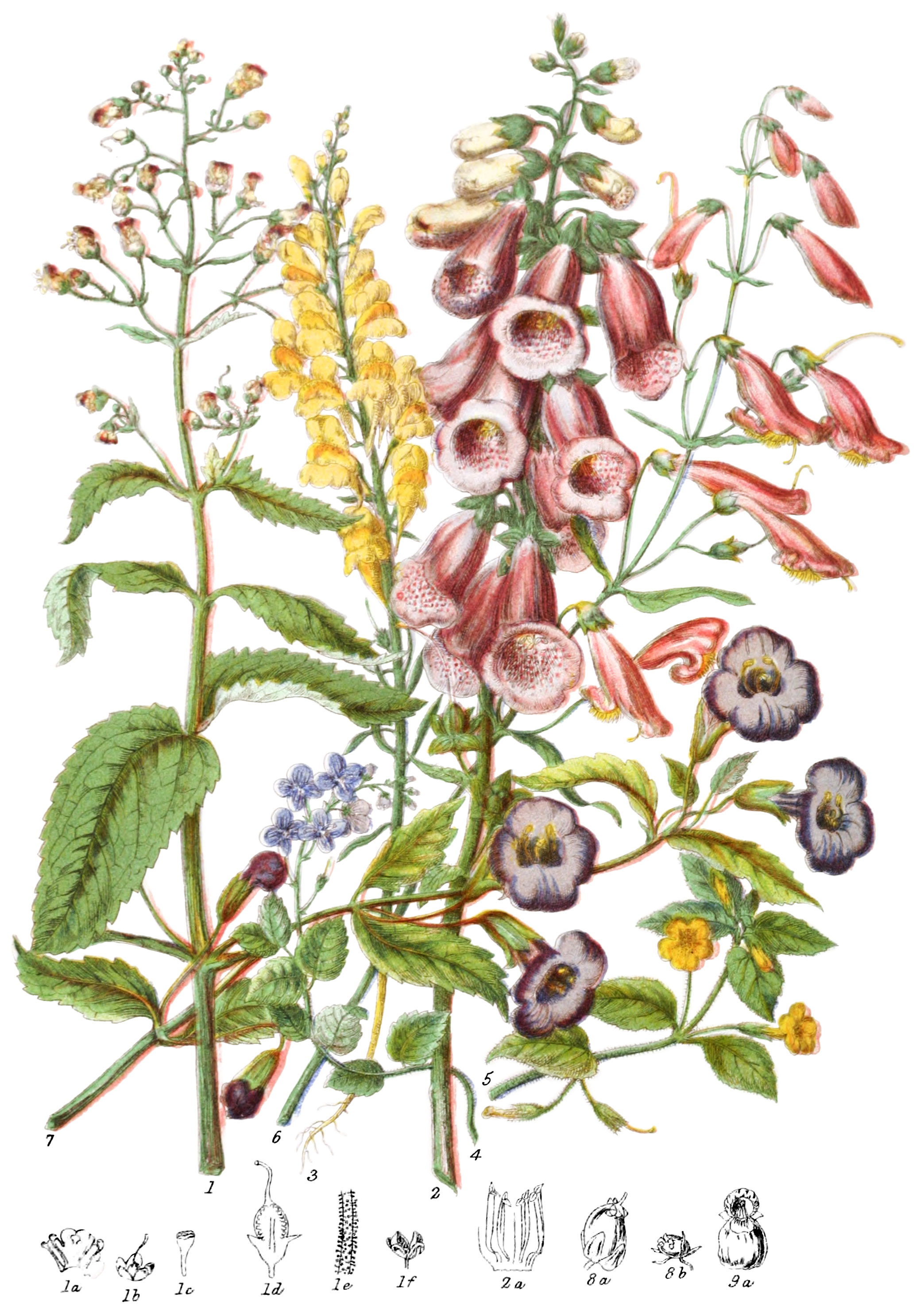 Shrubs and herbaceous plants. The leaves are opposite, alternate, or whorled. The flowers are on branching stalks, or grow from the base of the leaf-stalk; seldom in spikes. The flower-stalks are opposite or alternate, simple and one-flowered, or many-flowered on dichotomous branches. The calyx is below the ovary, persistent, four or five-lobed; the sepals more or less divided, sometimes quite distinct, often unequal, the side ones smaller. The corolla is of one petal, five-parted, or the two upper petals united at their points, making it four-parted; the tube is long or short; the upper part of the corolla flat, as in Veronica, or erect, nearly equally divided, or two-lipped, sometimes spurred at the base, folded over in the bud, the upper lobe innermost. The stamens are in a single row opposite the sepals, the upper one wanting or imperfect, the two lower often deficient; the anthers are two-celled, opening lengthwise. The ovary is two-celled, the style simple or rarely bifid. The fruit is a capsule, seldom a berry, two-celled sometimes opening by pores or lids. The seeds are small, numerous, and contain albumen.

This Tribe has most affinity with Solanaceæ, but the corolla differs in not being plaited. Buchnera being leafless, and Striga parasitic, they form a link with Orobanchaceæ.

Acrid and bitter properties prevail in the leaves and roots of several species.

This Tribe is extensively dispersed over the world, from the Tropics to the coldest regions; in Central Europe it forms about one-twenty sixth of flowering plants; one species is found in Melville Isle, and several contribute to the scanty vegetation of Tierra del Fuego.