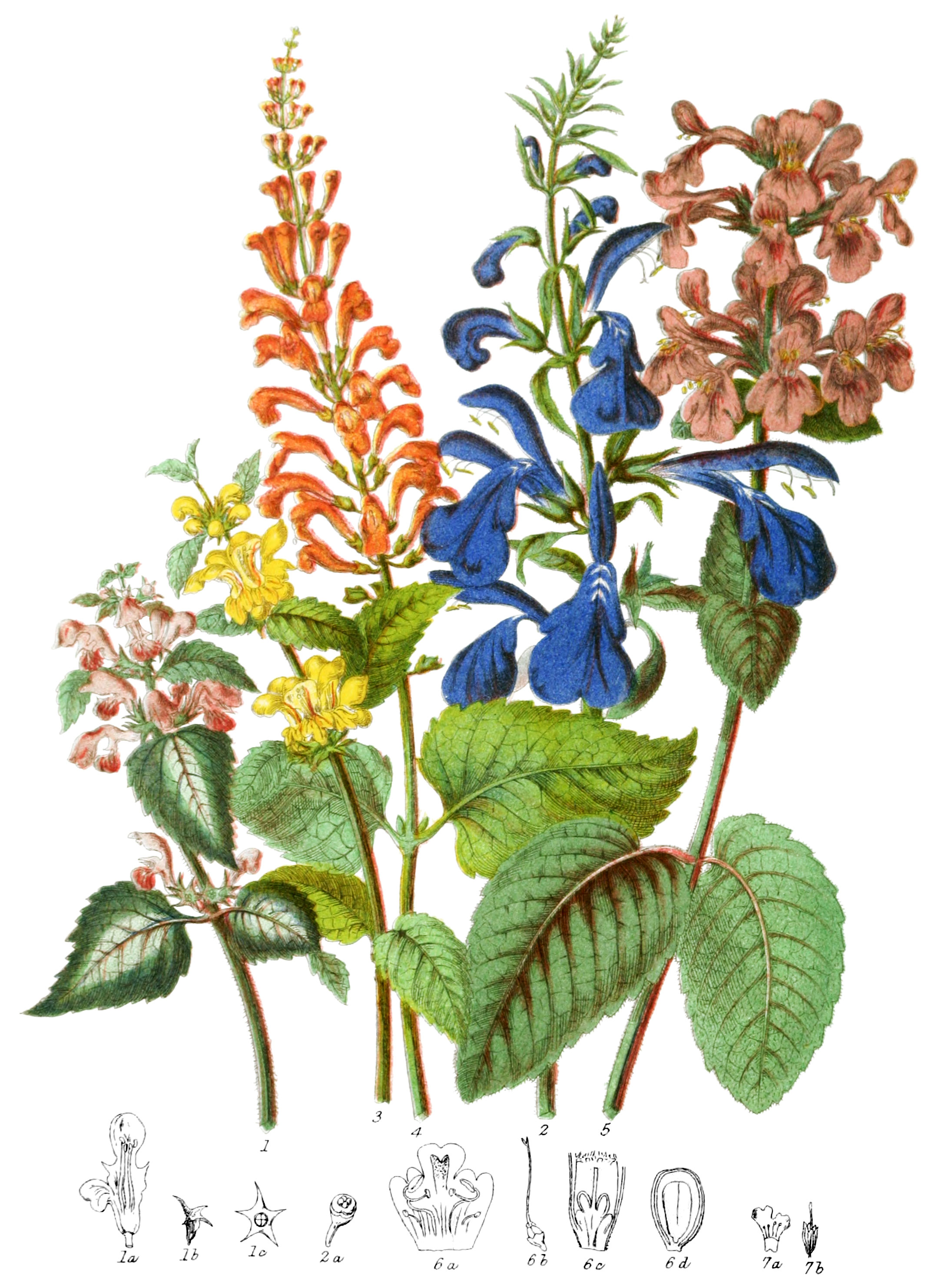 Under-shrubs and herbaceous plants: the stems are four-cornered, with opposite branches. The leaves are opposite, divided or undivided, without stipules, covered with receptacles of aromatic oil. The flowers are nearly sessile, opposite, sometimes in circles around the stem, sometimes solitary. The calyx is tubular, below the ovary, two-lipped, the upper lib whole or bifid, overlapping the lower in the bud. The stamens are four, two long, two short, placed upon the corolla alternately with the lobes of the lower lip, the two upper sometimes wanting; the anthers are two-celled, or one-celled at the point. The ovary is four-lobed, seated on a fleshy disk; the single style proceeds from the base of the ovary, the stigma is acutely bifid. The fruit is one or four with small nuts, enclosed within the calyx, but uncovered. The seeds are erect, with little or no albumen.

This Tribe has close affinity with Verbenaceæ, but is distinguished from that and all other allied tribes by its four-lobed ovary.

A fragrant aromatic oil exists abundantly in the leaves of these plants. None are unwholesome.

Chiefly abundant in Temperate regions, between 40° and 50° of North latitude; growing in hot, dry situations, as well as in woods, hedges, and meadows; a few only in marshes. In the isles of the Mediterranean, they form about one-twentieth of the Flora. In the northern provinces of India, two hundred species have been discovered. To the north of Europe they diminish gradually, are rare in Lapland, and not found in Melville Isle.

*7 was mentioned in the original description but only 7a and 7b were illustrated.