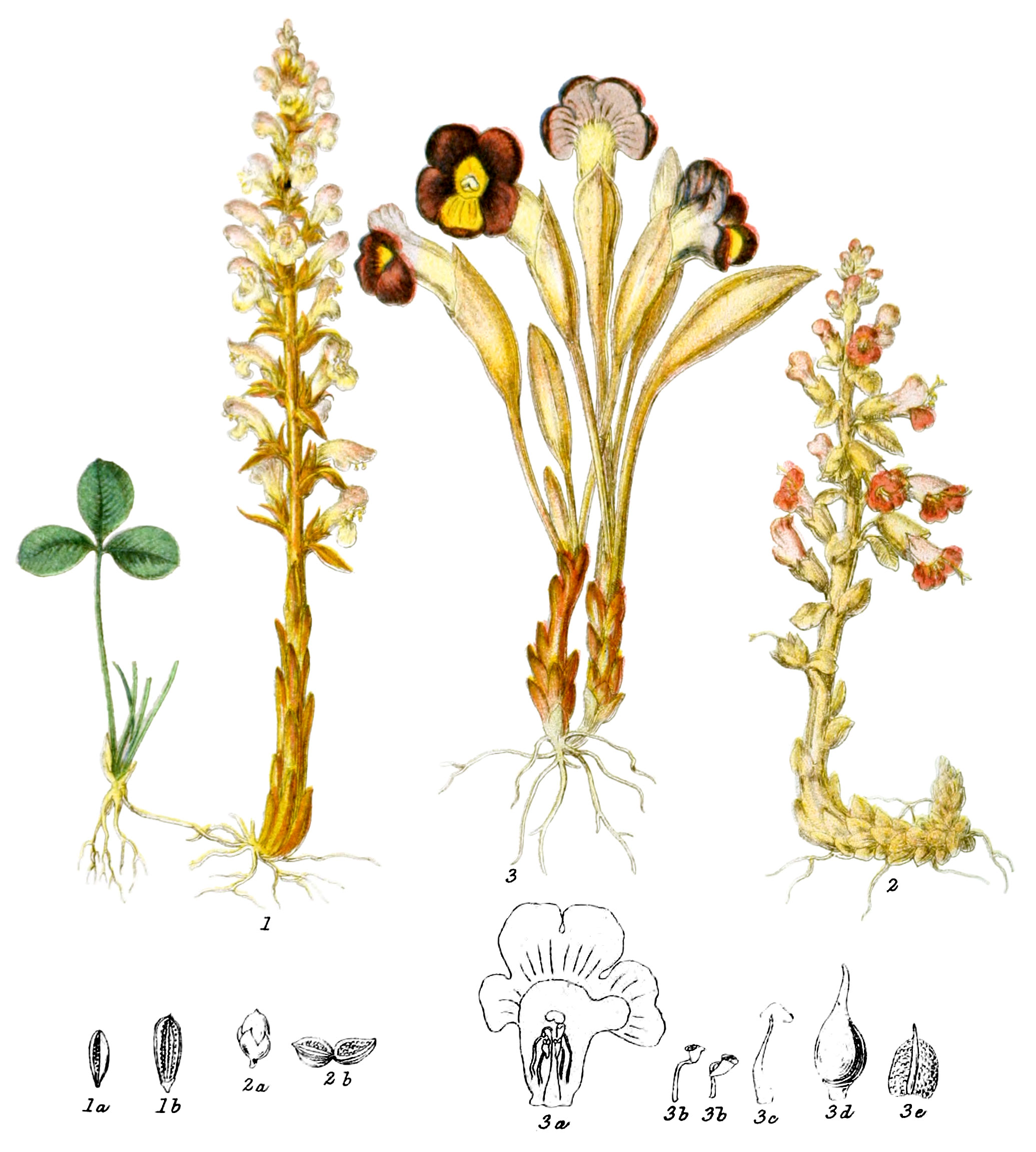 Herbaceous plants, growing parisitically on the roots of other plants. The stems are without leaves, covered with brown scales. The calyx is below the ovary, divided persistent. The corolla is one of one petal, attached below the ovary, irregular in form, folded over in the bud. The stamens are four, two of them larger than the others; the anthers are generally two-celled, occasionally one-celled, the cells are distinct, often hooked at the top bearded at the base. The ovary is above the calyx, one-celled, placed on a fleshy disk. The style is single, the stigma two-lobed. The seed-vessel is a capsule, enclosed within the withered corolla one-celled, two-valved, each valv having one or two plates along the middle, bearing seeds. The seeds are indefinite number, minute, and contain fleshy albumen.

This Tribe has affinity with Fig-worts, in the two long and two short stamens, but is known by the one-celled capsule, and parasitic habit of growth.

Astringent and acrid properties exist in these plants.

This Tribe is common in Europe, particularly in the southern countries; it is found also in Africa, at the Cape of Good Hope, and in Barbary; it exists, though rarely, in Central and Northern India, and in North America.