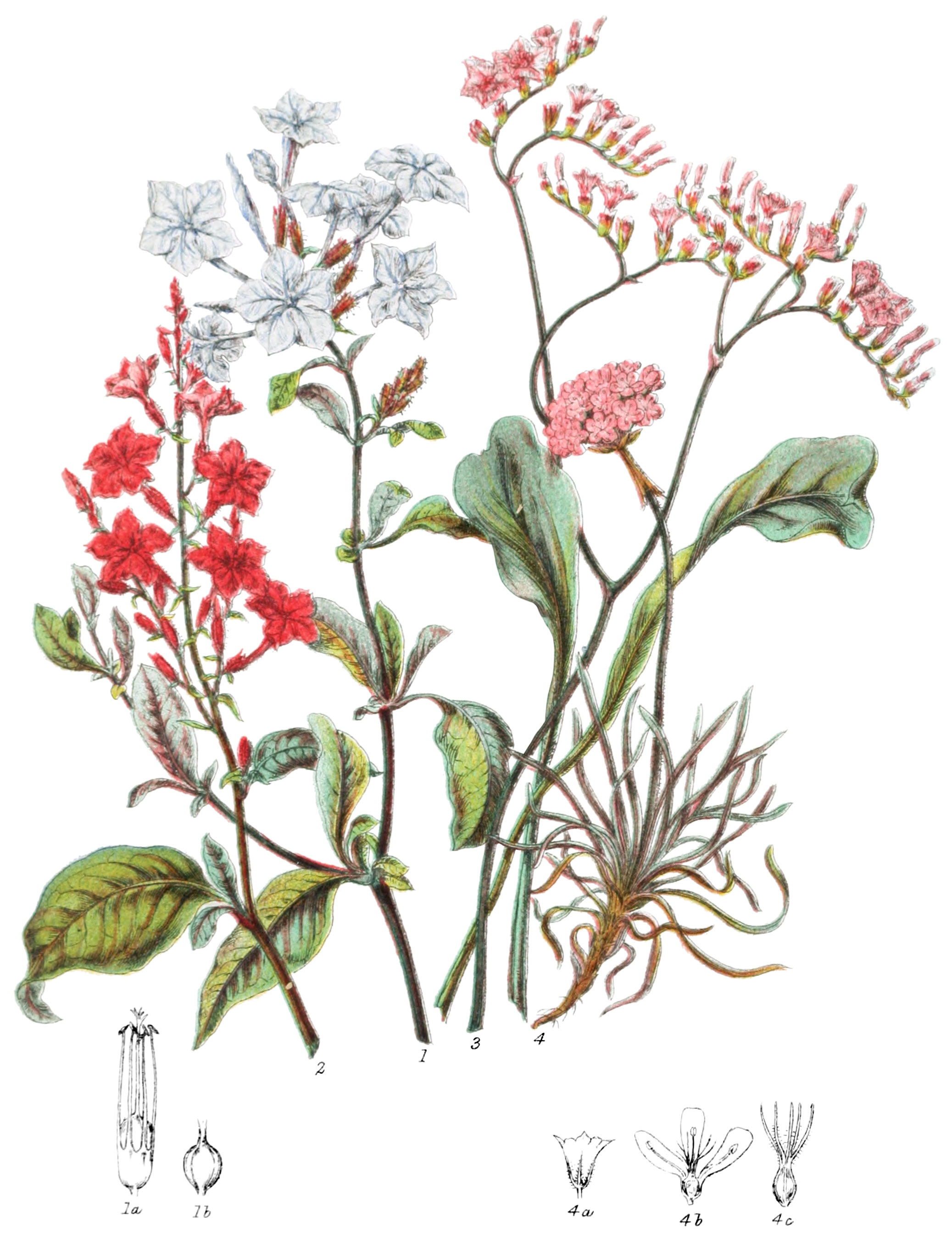 Undershrubs and herbaceous plants. The leaves are alternate, or in clusters, undivided, somewhat sheathing at the base, sometimes marked with transparent dots. The flowers are either in loose panicles or combined into close clusters. The calyx is tubular, plaited, persistent, sometimes coloured. The corolla is of one petal, with a slender tube of five petals with a long narrow claw. The stamens are of definite number, in Plumbago fixed to the base of the ovary; in Statice and its immediate allies, placed on the petals. The ovary is one-celled, one-seeded; the styles usually five, with the same number of stigmas. The fruit is a nearly-closed utricle. The seeds contain a small quantity of mealy albumen.

This Tribe has some affinity with Plantaginaceæ, but is distinguished by the plaited calyx.

Tonic and astringent, acrid and caustic properties exist in these plants.

This small Tribe is found thinly scattered from Greenland to Cape Horn, inhabiting salt marshes and sea-coasts, in Temperate regions; abundant on the shores of the Mediterranean, and in the southern provinces of the Russian empire; rare in the Tropics and China. Plumbago belongs to Europe, India, America, the Cape of Good Hope, and Australia.