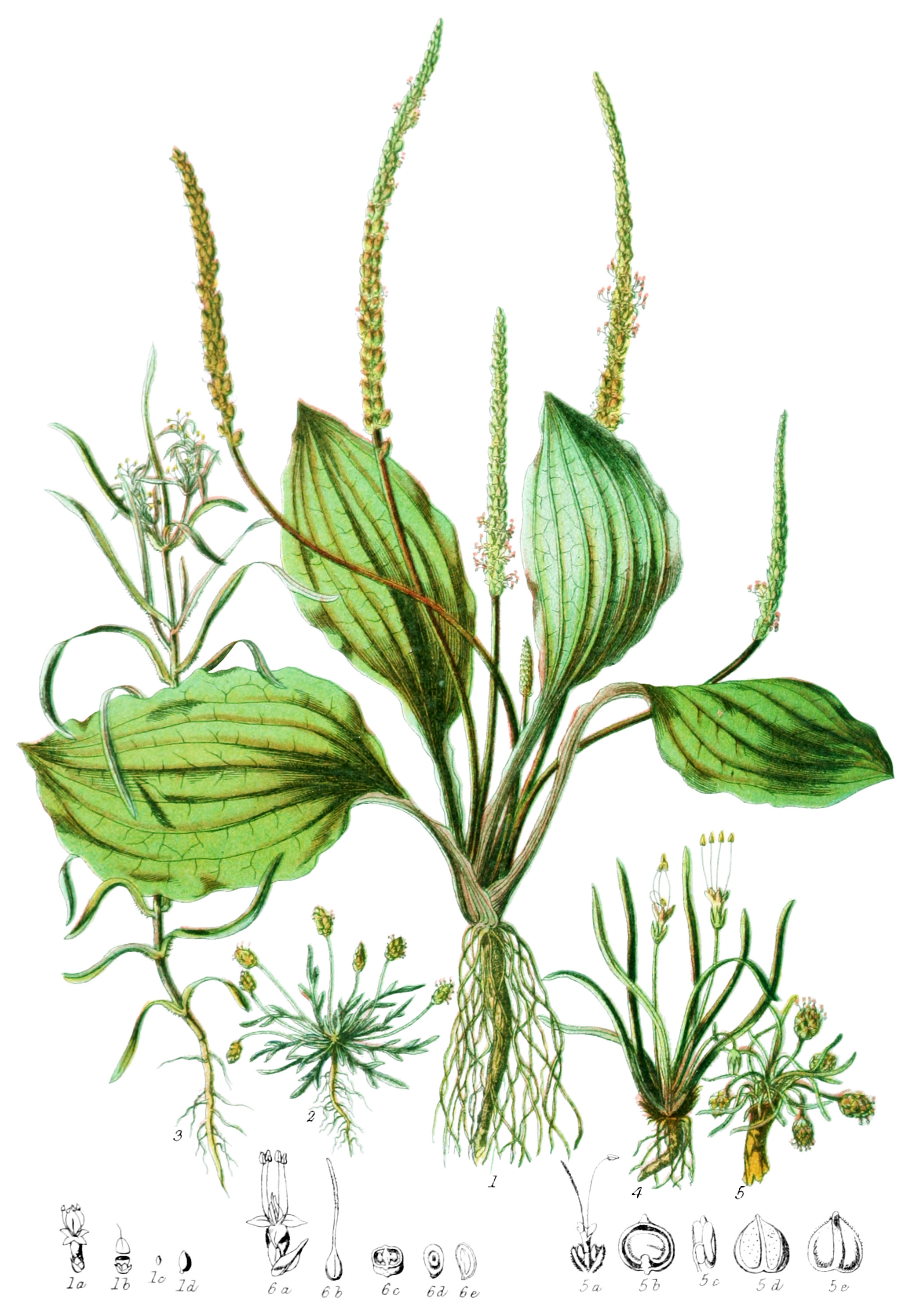 Herbaceous plants, a few of which are shrubby, usually stemless. The leaves grow in tufts on the ground, and are opposite or alternate in the species having a stem, flat and ribbed, or tapering and fleshy. The flowers grow in spikes, or solitary, as in Littorella; the calyx is four-parted, persistent. The corolla is of one petal, membranous, fixed below the ovary, four-parted at the top, persistent. The stamens are four, inserted into the corolla alternate with its segments. The filaments are thread-like, soft, bent inwards in the bud; the anthers are two-celled. The ovary is composed of a single carpel, without a disk, two-celled, sometimes four-celled by the angles of the central plate; the style is single, slender; the stigma hairy, simple, rarely partly bifid. The capsule is membranous, opening transversely, bearing the seeds on a loose central column. The seeds are many, two, or single, and contain fleshy albumen.

These plants have some affinity with Plumbaginaceæ.

The herbage is slightly astringent, the seeds mucilaginous.

This Tribe is scattered over the whole world, in various localities; most abundant in cool or Temperate climates.