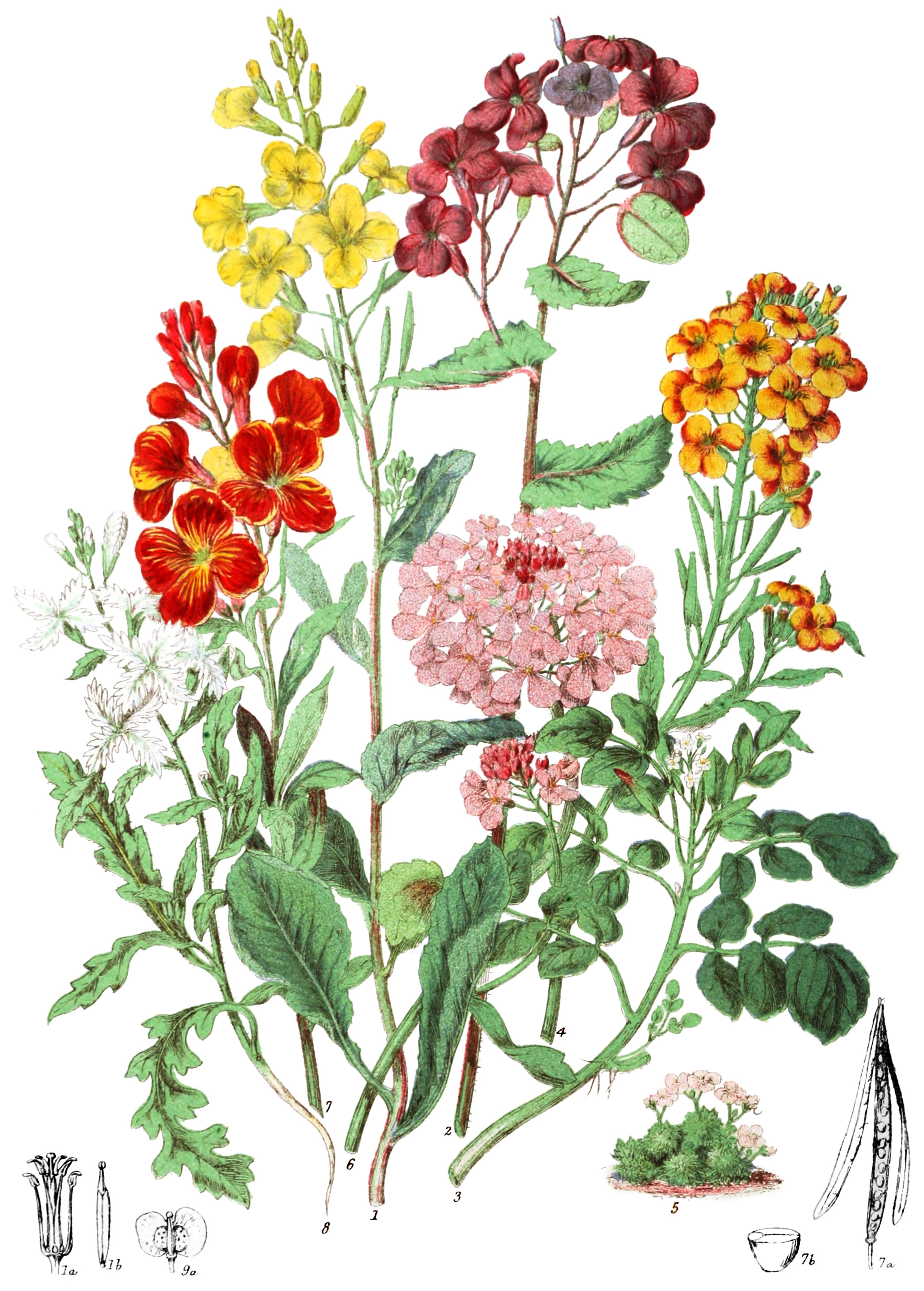 Herbaceous plants, and a few half shrubs. The leaves are alternate. The flowers are chiefly yellow or white, some are purple, without bracts, generally on branching stalks. The sepals of the calyx are four, falling off before the capsule is enlarged. The petals are four, cruciform, alternate with the sepals, occasionally toothed. The stamens are six, the four longest in pairs, the two short ones single and place between the pairs. On the disk are green honey-glands, between the petals and the stamens and ovary. The ovary is above the calyx and disk, with plates from the edges usually meeting in the centre. The stigmas are two, placed opposite the plate-bearing seeds. The seed-vessel is a silique, a long pod containing many seeds; or a silicule, a short pod with few seeds; opening by two valves separating from the central plate, or remaining close. The seeds are attached by a little cord in a single row to each side of the plate, generally pendulous; they have no albumen.

This Order has close affinity with Capparidaceæ, and in some points it agrees with Papaveraceæ, but the structure of the seed-vessel and seed is peculiar.

Nitrogen exists in these plants; some are very acrid, but none poisonous; many are stimulant and extremely wholesome; the seeds yield oil.

*9 was labled as 9a in the original illustration but 9 in the description.