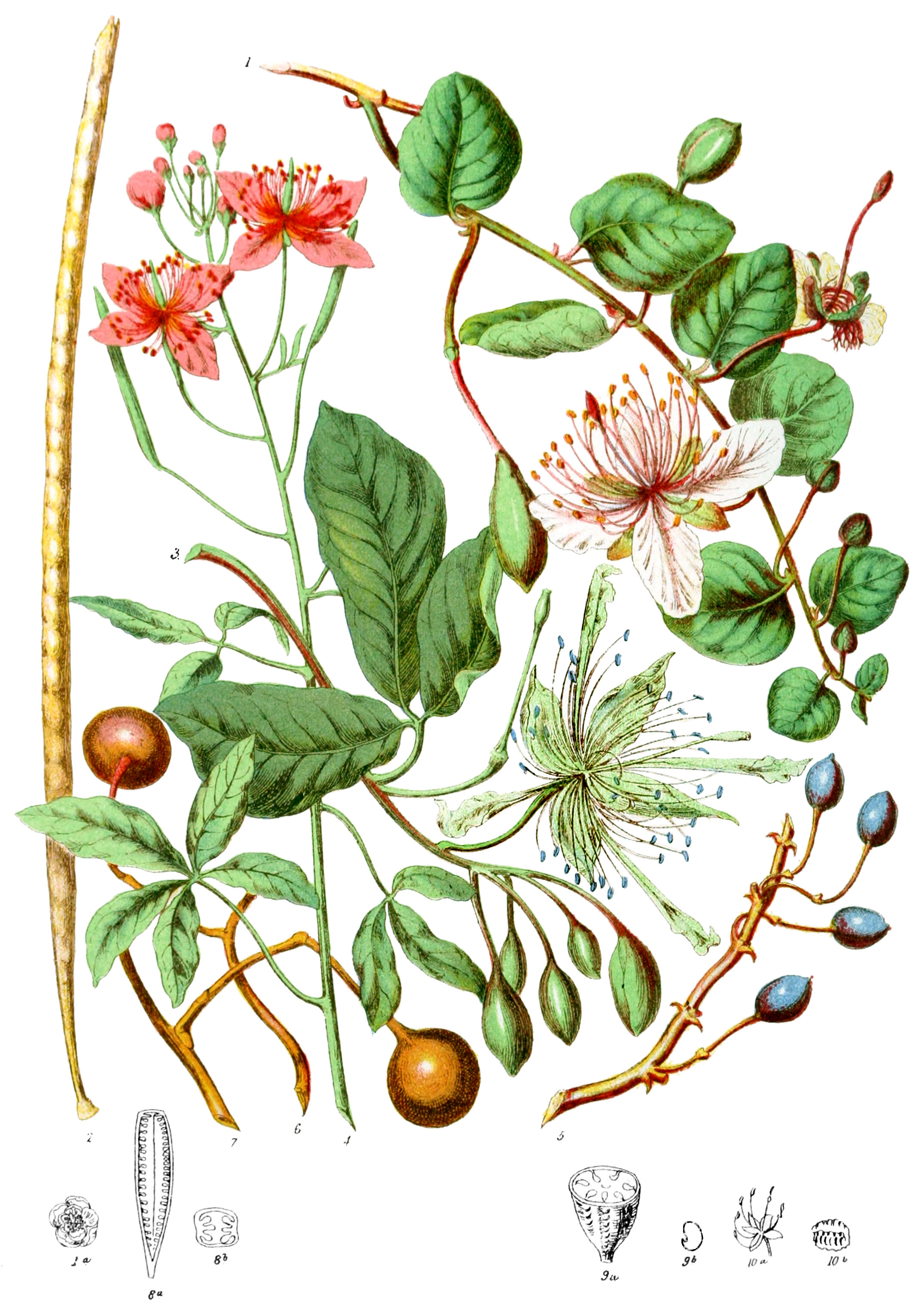 Trees, shrubs, and herbaceous plants; the leaves are alternate, stalked, undivided or palmate, without stipules at the base of the leaf-stalks, but sometimes having spines in their place. The flowers are solitary, or branching, or in a cluster at the ends of branches; the calyx has four sepals, either nearly distince or cohering in a tube of unequal size and shape; the petals are four or eight, folded over each other in the bud, occasionally unequal or wanting. The stamens are usually numerous, seldom only six, four of which are larger than the other two; in Physostemon (10a), two stamens have a singular appendage immediately below the anther. The disk on which the stamens are placed is at the top of the prolonged stalk of the ovary; it is sometimes developed into a fleshy round or stalk-like body, or into a plate of various form, bearing honey glands, with anthers on one side of it. The ovary is one-celled, with two or more ribs on the edge, to which the ovules are attached. The styles is long and slender, or wanting; the stigma generally round. The fruit is either a pod, gaping when ripe, or a berry with one cell. The seeds are generally many, very rarely only one, kidney-shaped, without albumen.

These plants have considerable resemblance to the Cruciform tribe, but are distinguished by the usually numerous stamens, and the kidney-shaped seeds.

Stimulant, pungent properties exist in the flowers and fruit.

The Arabic denomination of the chief plant of this Tribe is Kabar, from which the Greek, Latin, and modern European names have all been derived.

This tribe abounds in the Tropics and adjacent countries; in Africa the species are numerous. Capparis extends to the south of Europe. Cleome is found in Portugal Polanisia as far north as Canada; a few species grow in the northern provinces of the United States.