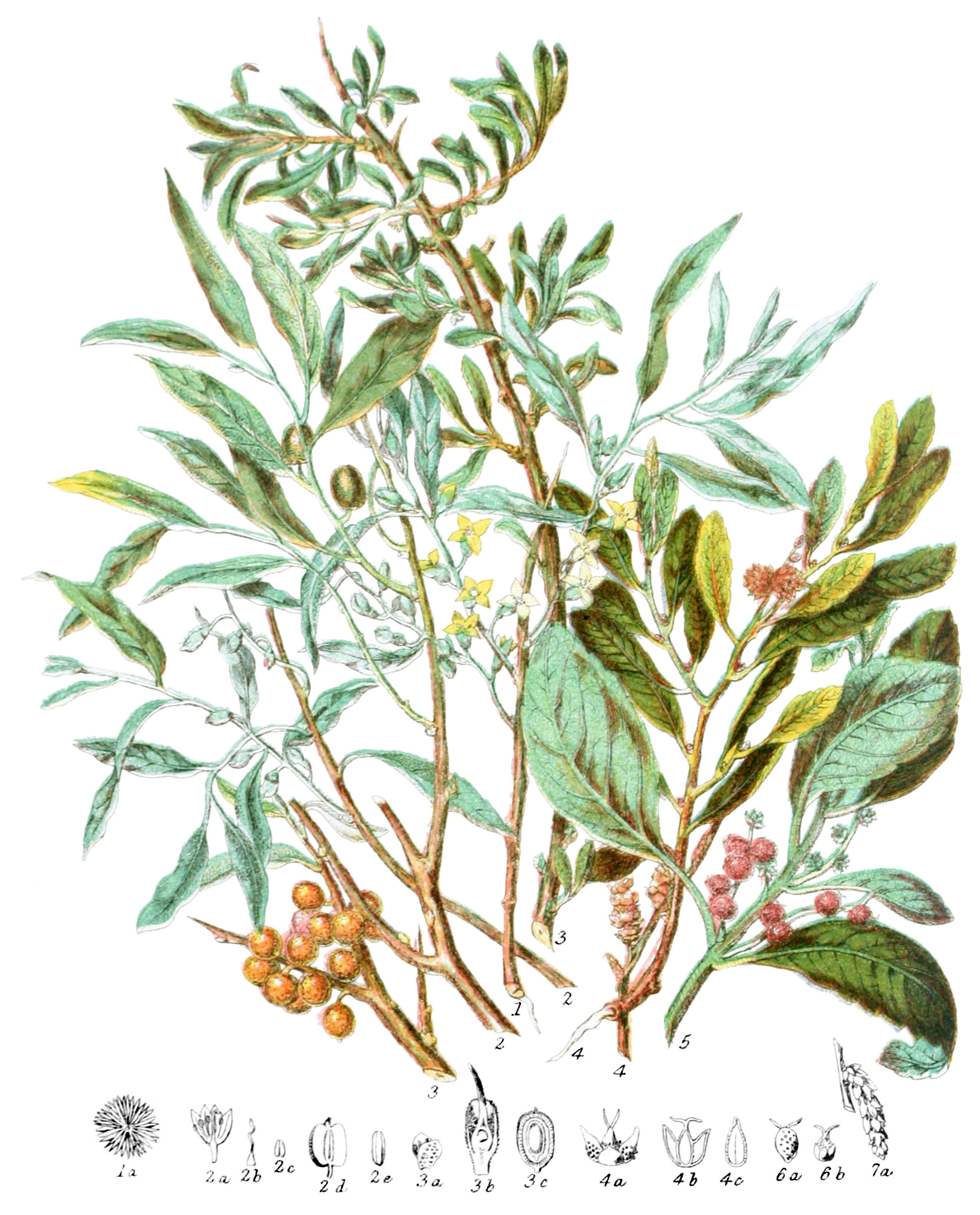 Small trees and shrubs, usually covered with resinous glands or dots and minute scales. The leaves are alternate or opposite, simple, and sometimes notched at the edges, with or without stipules. The flowers grow from the base of the leaf-stalks, or in catkins or panicles. The stamens and pistils are often in separate flowers, united in Elæagnus. The stamen flowers of the catkins are placed each within a scale; the stamens are from two to eight; the anthers two to four-celled, opening lengthwise. The calyx of the pistil flowers and the perfect flowers is free, tubular, with a fleshy disk which often closes it; persistent; the upper part two to five-toothed. The ovary is free, simple, one-celled, sometimes surrounded by scales, surmounted by one or two stigmas, simple oval-shaped, or dilated, glandular. The fruit is a drupe, covered with waxy secretions, or crustaceous, and enclosed within the succulent calyx or scales. The seed is solitary, and contains very little albumen.

This Tribe has affinity with the Nettle Tribe. Myrica forms a link with Amentaceæ.

Aromatic, tonic, and astringent properties prevail in these shrubs.

This Tribe is dispersed throughout all the northern hemisphere, the tropics of South America, India, and the Cape of Good Hope. It is less frequent south of the equator, and very few species are natives of Europe.