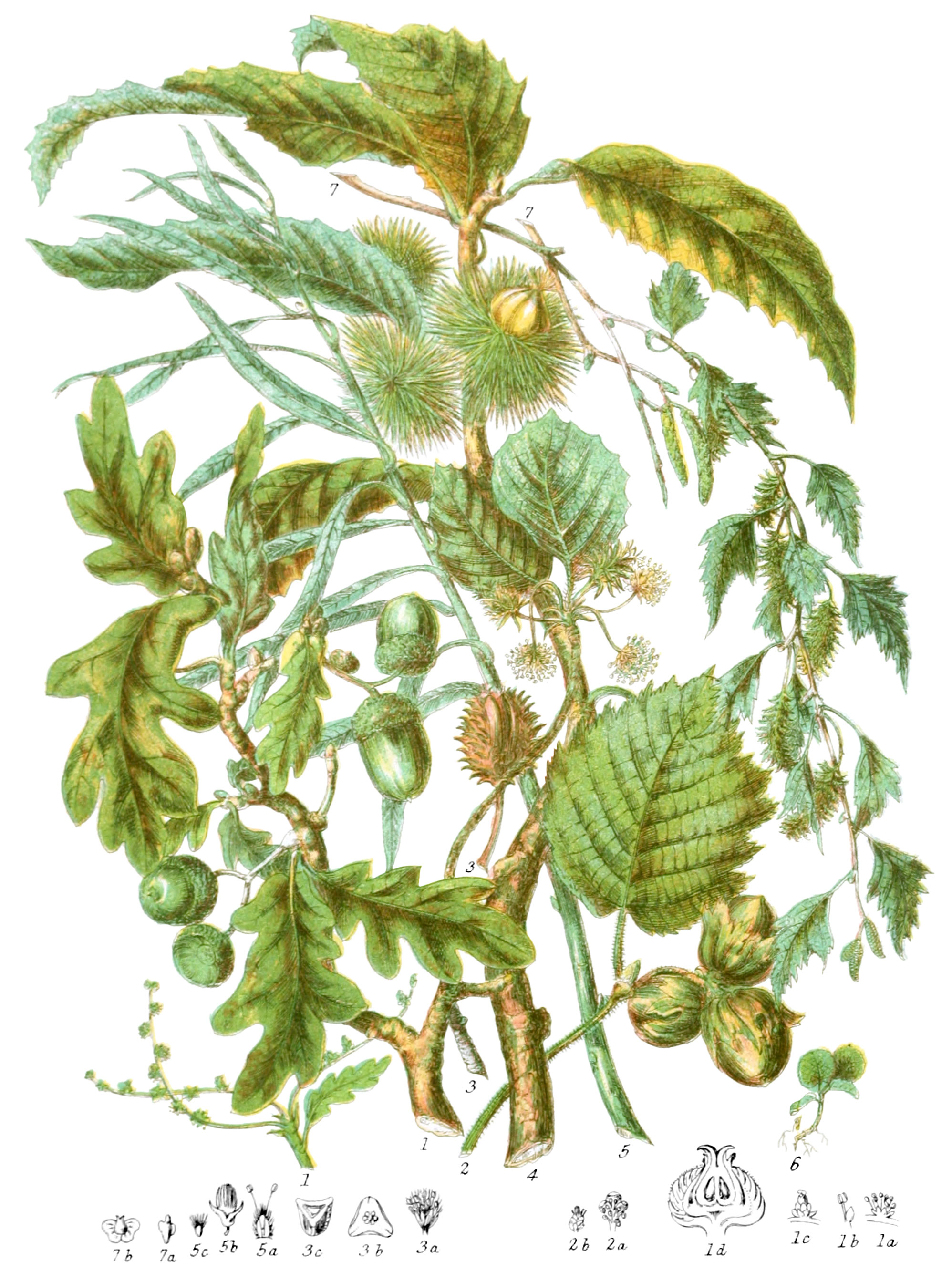 Trees and shrubs, the leaves are alternate, simple or lobed, the veins sometimes proceed straight from the midrib to the margin, the notched edges sometimes have glands; the stipules are either deciduous or persistent. The flowers are in catkins, and have stamens and pistil separate. The stamens vary from five to twenty, and are inserted into the base of the calyx, or scales, generally distinct, sometimes united. The anthers are two-celed. The ovary is sometimes crowned by the rudiments of the calyx, within an involucre. The fruit is a bony or leathery one-celled nut, more or less enclosed in its involcre, as in Quercus and Corylus, or it is combined with scales into a kind of cone, as in Betula, or it has many silky seeds, as in Salix. The seeds have no albumen.

This Tribe is slightly connected with Coniferaceæ.

Tonic astringent properties exist in the bark, and a balsamic oil in some species.

This exetnsive Tribe inhabits forests in all Temperate countries; it is rare in South America and the north of Africa; not known at the Cape. Fagus extends to the Antarctic regions; Betula appears on the highest mountains of Asia and America.