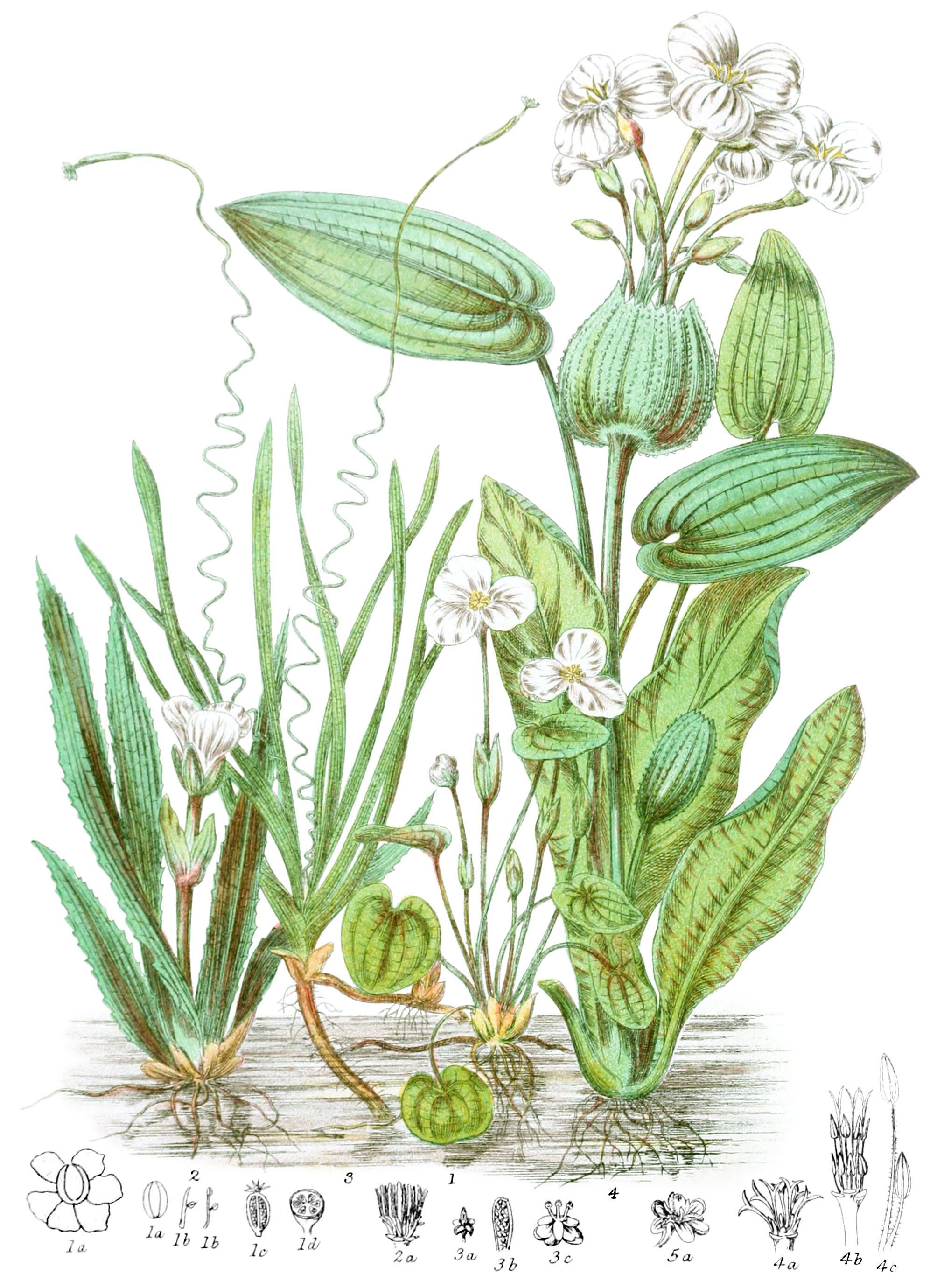 Floating water-plants, the leaves have parallel veins, and are sometime spiny. The flowers are enclosed in a spathe. The stamens and pistil sometimes in different flowers; the calyx is composed of three sepals; the petals are three, occasionally wanting. The stamens are of definite or indefinite number; in Hydrocharis some are beaked. The ovary is adherent, composed of several carpels, one, six, or eight, or nine-celled; the stigmas are from three to six. The fruit is dry or succulent, not gaping, with one or more cells. The seeds are numerous, and contain no albumen.

In many points of structure this Tribe has affinity with Alismaceæ; the spathe forms a connecting link with Araceæ.

Some of these plants are wholesome as food.

This Tribe inhabits fresh water in Europe, Asia, and North America. Two species of Vallisneria have been discovered in Australia.