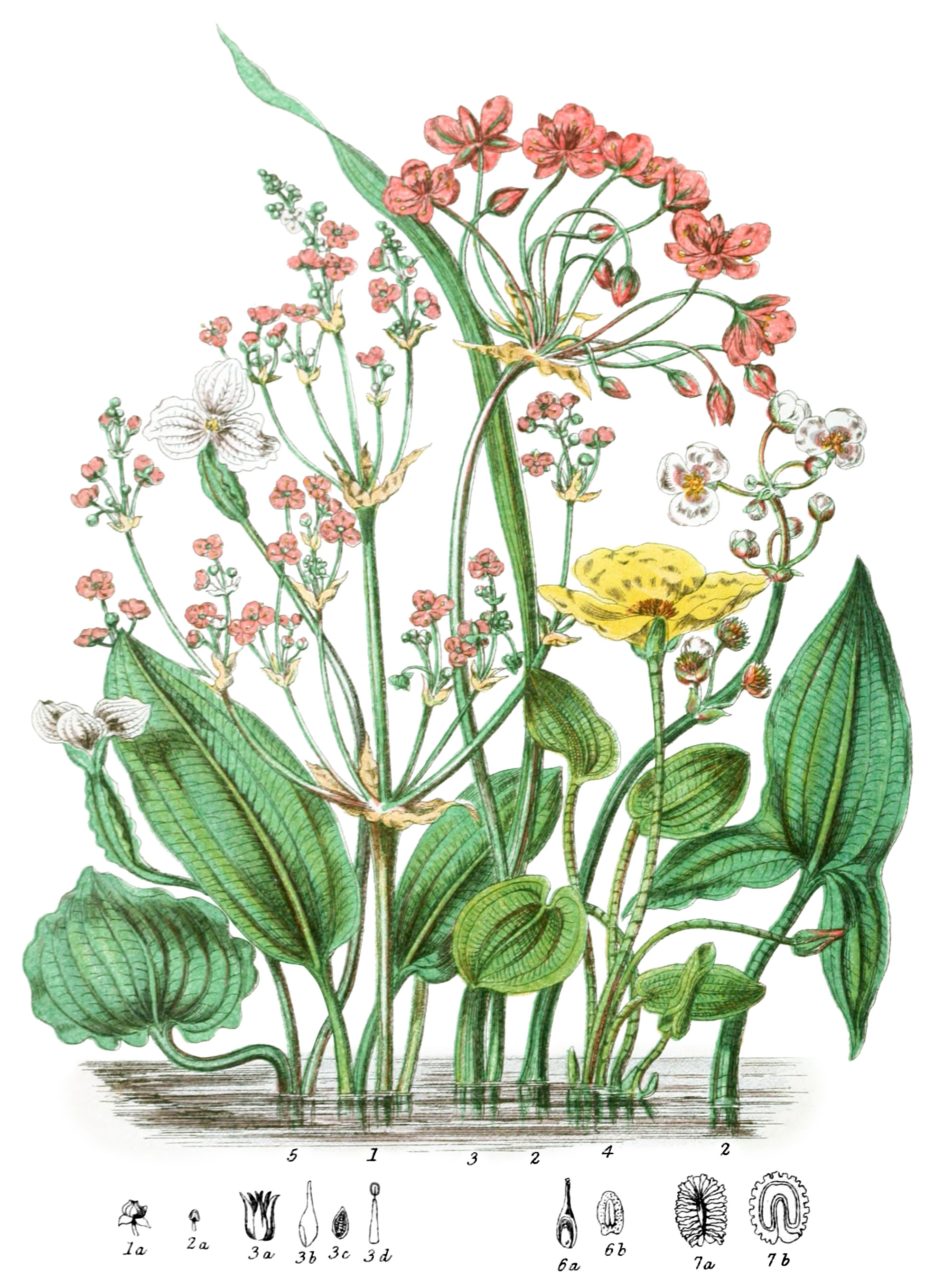 Aquatic or swamp plants, usually having perennial roots. The leaves are narrow or broad, of very cellular substance, always with parallel veins, often containing a milky juice. The flowers grow in umbels, racemes, or panicles, or are solitary, either purple, yellow, or white. The stamens and pistil are sometimes in different flowers. The calyx has three sepals, the petals are three; the stamens are of definite or indefinite number, the anthers turned inwards. The ovaries are superior, sevearl, one-celled, free and distinct, or united into a single mass; the styles and stigmas of the same number as the ovaries. The fruit is dry, one, two, or many-seeded, either distinct and beaked, or united; the seeds are very minute, solitary, or numerous, and attached to the whole surface of the fruit: they contain no albumen.

This tribe has affinity with Hydrocharidaceæ.

These plants chiefly grow in the streams and marshes of the northern countries of the world, but several species inhabit the Tropics; Limnocharis is peculiar to those regions. Sagittaria is very widely dispersed.