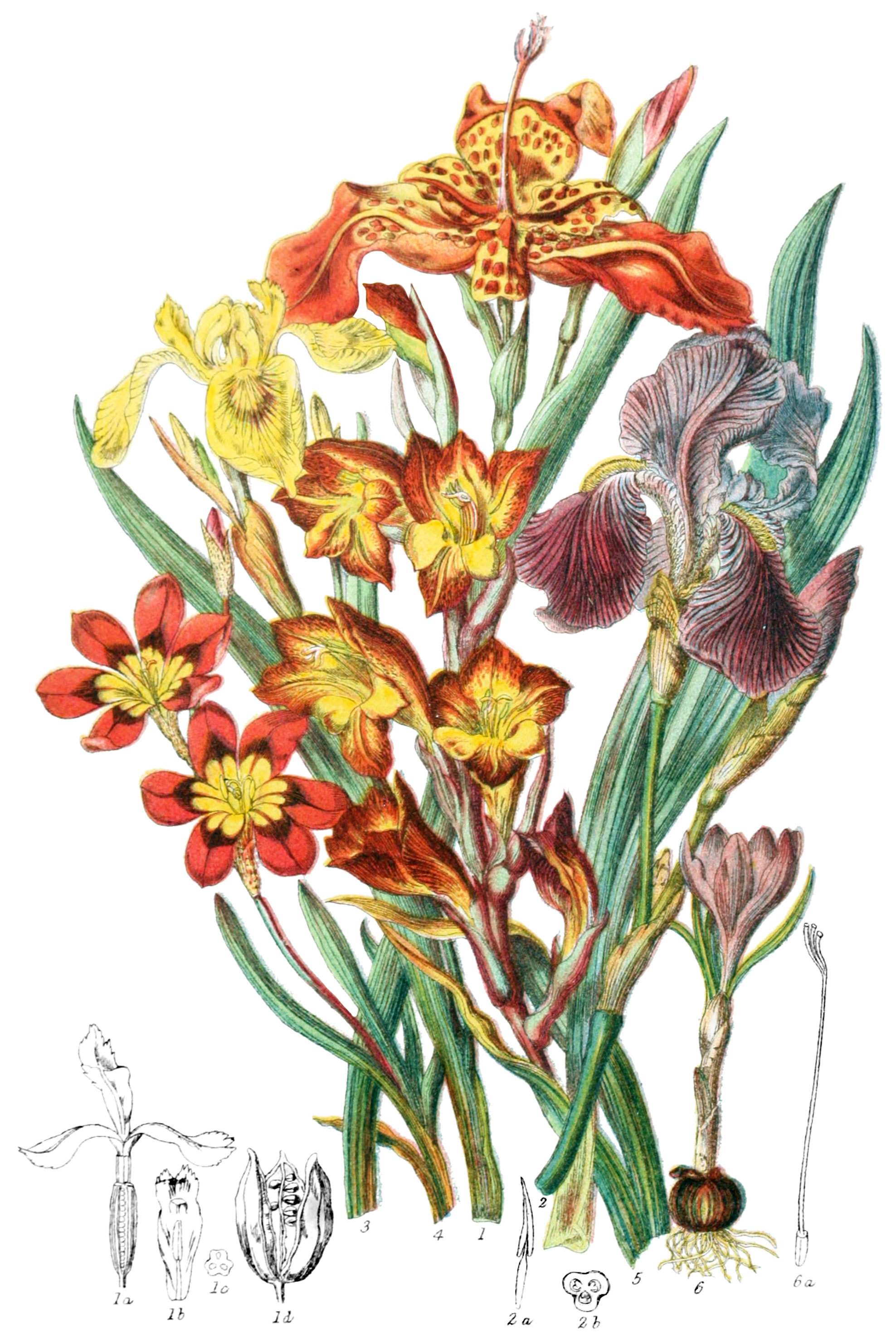 Herbaceous plants and a few undershrubs, usually smooth; the hairs, if present, are simple. The roots are tuberous or fibrous; the leaves grow one over the other. The flowers grow either directly from the root, or on terminal spikes, panicles or clusters. The bracts are sheathing, and sometimes membranous. The calyx is usually coloured, sometimes herbaceous; the three sepals and three petals are adherent, partially cohering or entirely separate, sometimes irregular. The petals are very short. The stamens arise from the base of the petals, the filaments are either distinct or united; the anthers are two-celled, burst lengthwise, and are fixed by their base. The ovary is three-celled, many-seeded, the style single with three stigmas, often of a petal-like nature, and sometimes two-lipped. The capsule is three-celled, and three-valved, gaping when ripe. The seeds are attached to the inner angle of the cells, and sometimes to a column becoming loose. They are round, angular, oblong or winged, and contain horny or densely fleshy albumen.

This Tribe has affinity with Amaryllidaceæ and Hæmodoraceæ, but differs in the number and position of the stamens.

Slightly stimulating properties exist in the roots of some species, and in the stigmas of Crocus.

This Tribe is most abundant in South Africa, and in the central regions of North America and of Europe. A few species only are natives of the Tropics; few also are found in South America. Crocus belongs entirely to Europe and Asia; the African and Australian species are not known in America.

*Iris pseudacrous was spelled “Iris pseudo-acorus” in the original description.