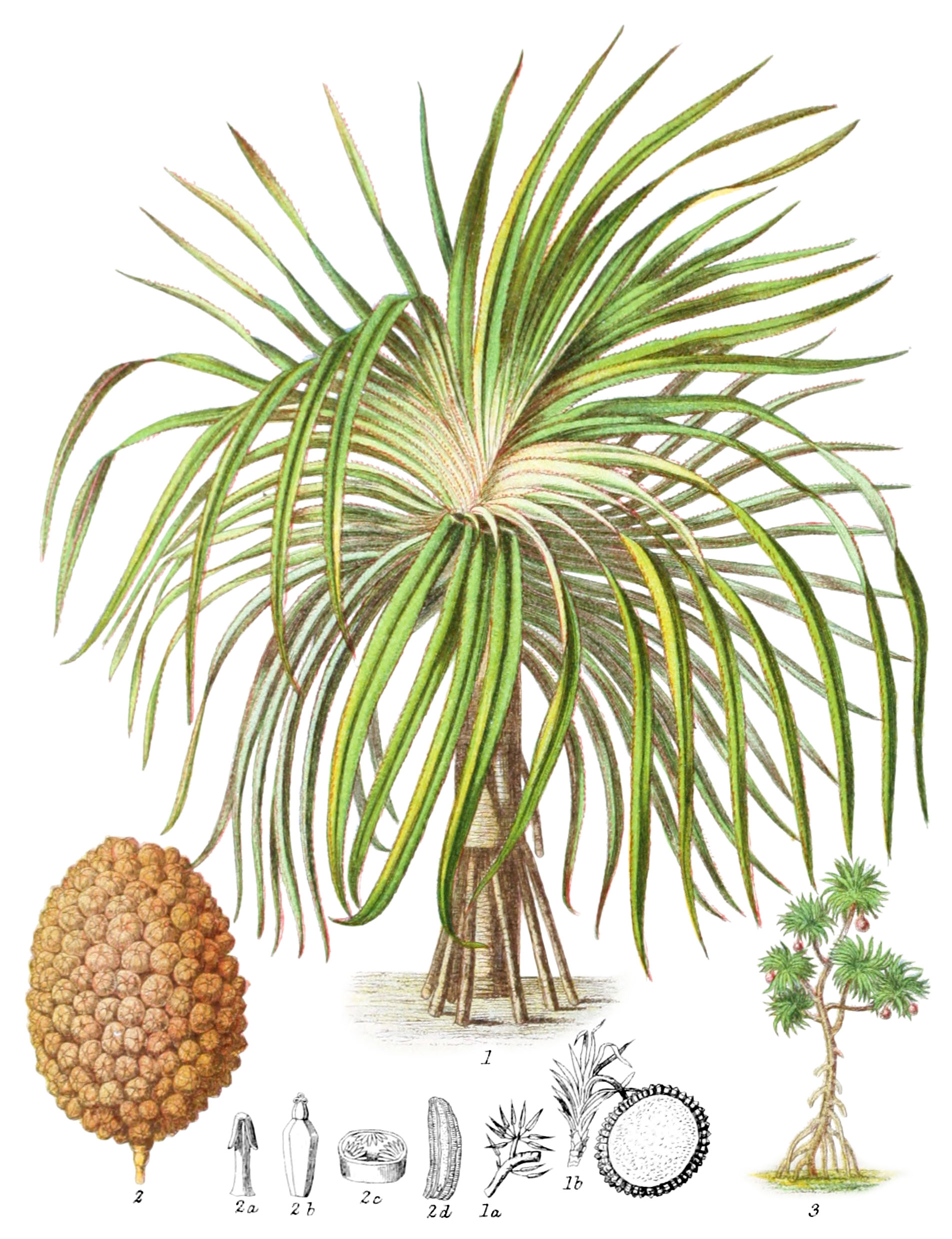 Trees and shrubs, sometimes upright and sending down aerial roots to the ground, sometimes having climbing or prostrate stems. The leaves are laid over one another in three rows spirally; they are long and narrow, clasping at their base, usually spiny at the edges; sometimes pinnated or fan-shaped. The leaves or spathes on the spadix are smaller, often coloured. The stamens and pistils are separate or united; the flowers have no corolla, sometimes a calyx, occasionally a few scales cover the spadix. The stamens are numerous, the filaments bearing single anthers with two or four cells. The ovaries are usually in clusters, each ovary having a stigma. The fruit is either a fibrous drupe with one seed, or a berry with many cells and many seeds in each, containing fleshy albumen.

This Tribe forms a link with Palms and Arums.

Some of the plants have eatable fruit and fibrous leaves.

This Tribe inhabits the islands of the Indian Ocean, and most of the Tropical isles of the Eastern hemisphere. Cyclanthus belongs exclusively to South America.