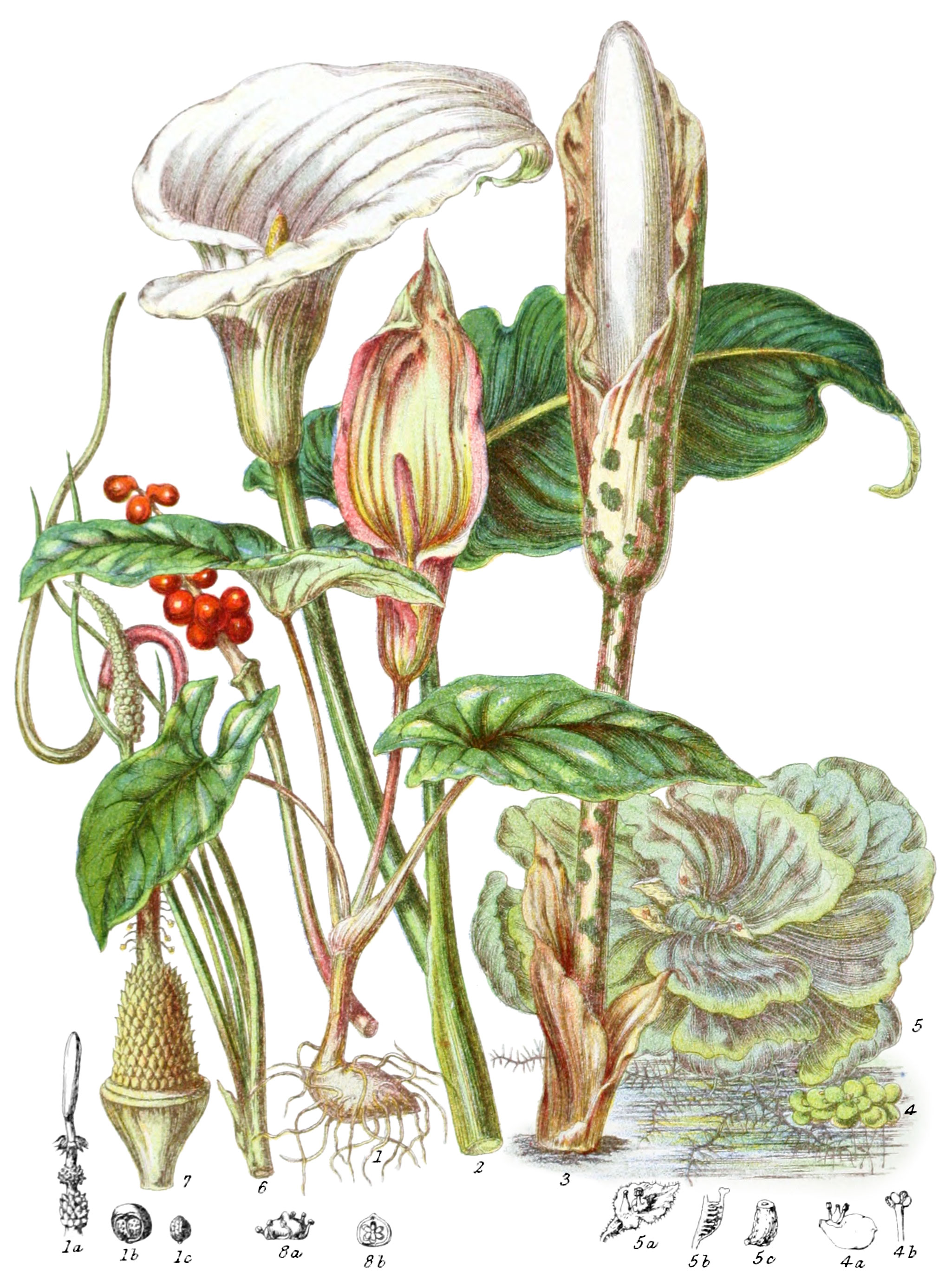 Shrubs and herbaceous plants without a stem, some of which have a fleshy root, others are climbing, and have aerial roots, and some are aquatic, floating on water. The leaves are sheathing at the base. The flowers are placed on a spadix and enclosed in a spathe, or are simple and in a spathe, sometimes proceeding from the margin of the frond. The calyx and corolla are wanting, or consist merely of a few scales. The stamens and pistil are usually in different flowers, united in Calla, of definite or indefinite number, the filaments often united. The ovary is free, usually one-celled, with a short style and simple stigma. The fruit is a succulent berry with pulpy seeds which usually contain albumen.

This Tribe has affinity with Typhaceæ; Lemna connects it with less developed Orders of plants.

Acrid juices exist in these plants, but the roots contain wholesome starch.

This Tribe abounds in the Tropics, but is rare in Temperate regions, where the species are usually herbaceous; in Tropical countries many are trees, others climbing parasites, with aerial roots. Lemna belongs to Europe and cool parts of Asia.

*Lemna gibba was spelled “Lema gibba” in the original description.