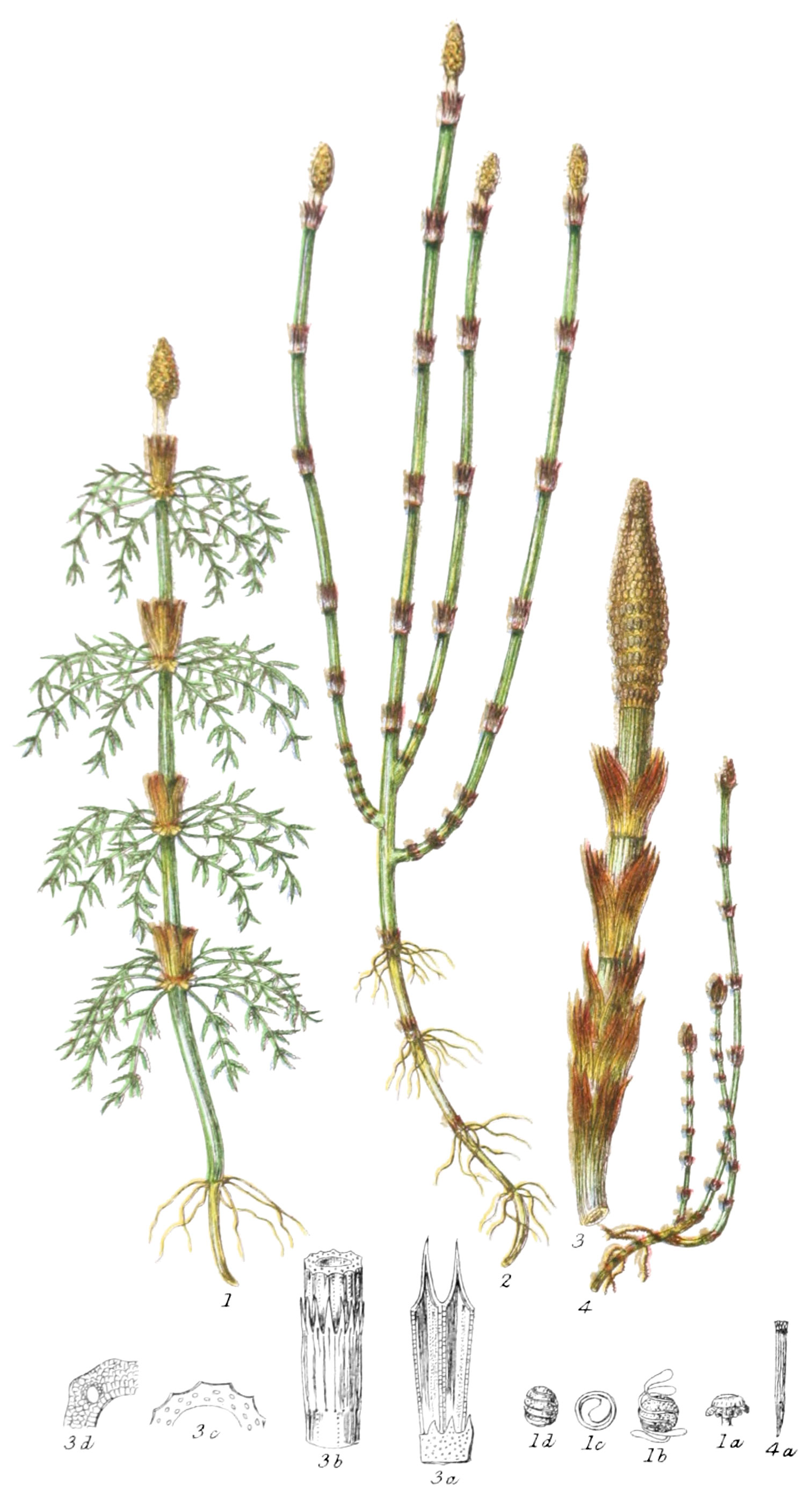 Leafless branched herbaceous plants, with a hollow, striped, jointed stem, containing silex; the joints separable, and surrounded by a membranous sheath. The stem is composed chiefly of cellular tissue, but is strengthened externally with a layer of hard woody tubes. Pores are numerous on the stem, and small spiral vessels are abundant. The fructification is very simple, without corolla, consists only of spores on the edge of a round disk. The spores are wrapped round by four spiral elastic filaments, called elaters, terminating in dilate flat appendages.

These plants have affinity with Marchantiaceæ.

The stems contain silex, and are slightly astringent.

This Tribe, composed of one genus, comprising many species, is dispersed in most parts of the world, in the Tropics, and in Temperate countries; chiefly rivers, ditches, and watery places.

*4a was not named in the original description.