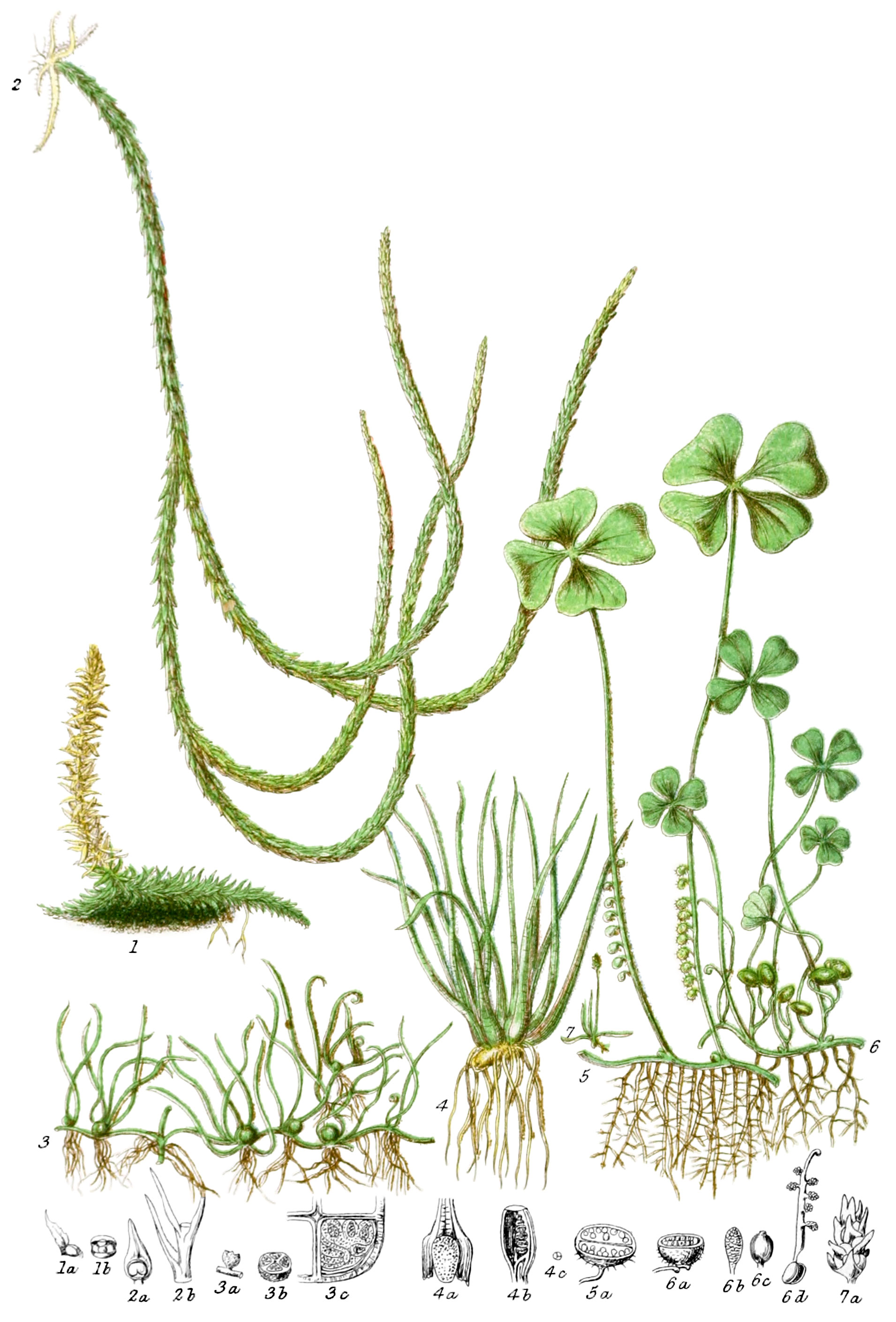 Small herbaceous plants, with creeping stems, and leaves laid over each other, or floating in shallow water with leaves on stalks; sometimes stemless plants, with erect awl-shaped leaves, occasionally rolled up in the bud state. The seeds or spores are contained in cases, one or three-celled, at the base of the leaves, either bursting by distinct valves or whole, and filled with minute powdery matter. The sporules are marked at the top with three small radiating ridges, irregularly rough. The powder is often highly inflammable. The fructification of Marsilea and others is of two kinds,—enclosed in involucres either clustered and stalked, or simple oval bodies which germinate, springing either from the root or from the leaf-stalks.

The annular vessels in the stem of Lycopodium connect this Tribe with the Ferns. In general aspect, some species bear close resemblance to Mosses.

A few of these plants possess medical properties; others are useful in dyeing.

This Tribe is most abundant in hot damp localities, particularly in small Tropical islands; but some species are dispersed in all parts of the world, in ditches and inundated places. Lycopodium covers vast tracts in Lapland.