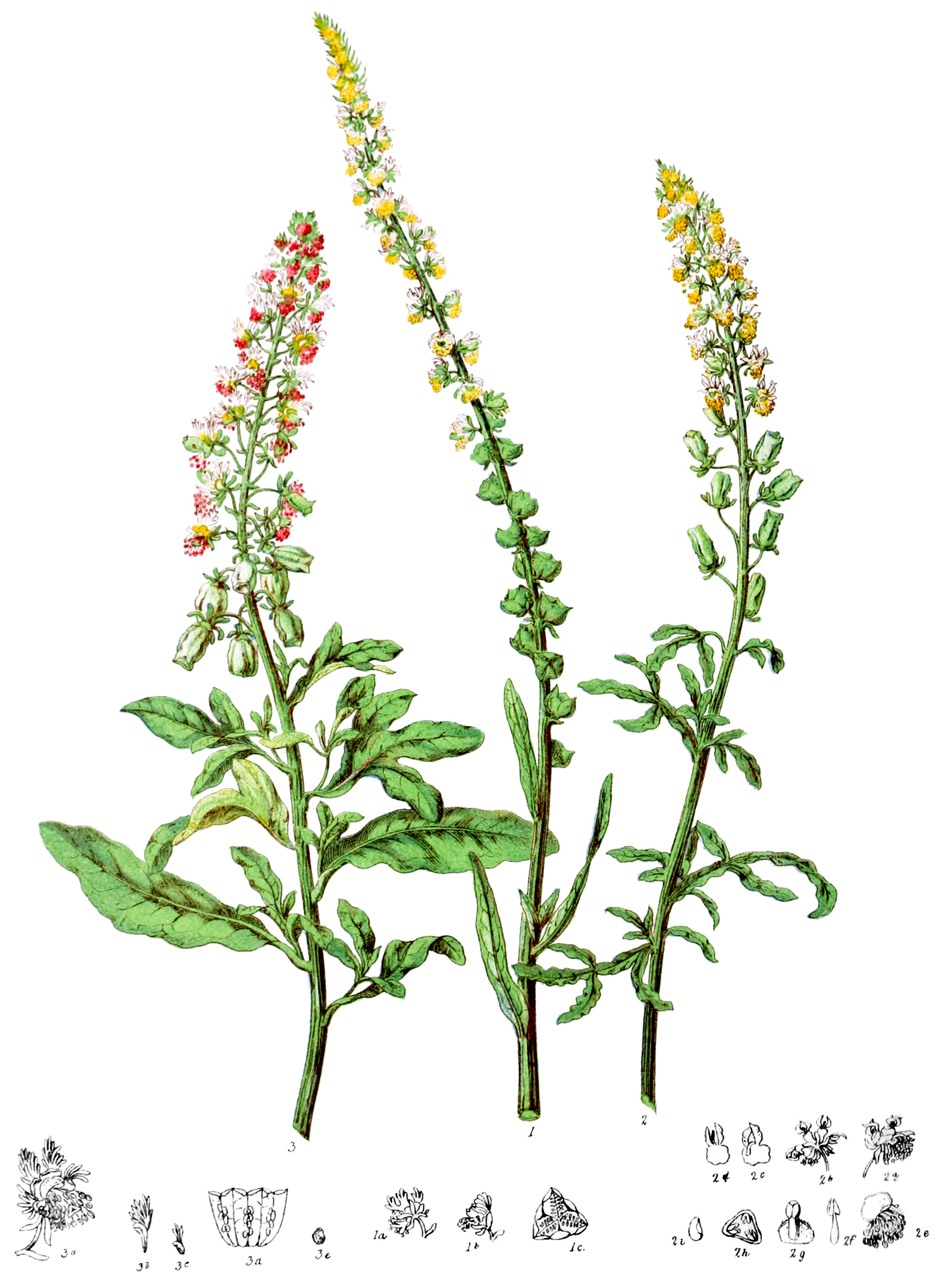 Soft herbaceous plants, and a very few shrubs; the leaves alternate, entire, or divided, with minute gland-like stipules; sometimes rough, with very small tubercles on the surface and at the edges. The flowers grow in racemes or spikes, the flower-stalks have small bracts at their base; the calyx is parted into four or six segments, which are not closed in the bud. The petals are four or six, alternate with the sepals, or absent; each petal has a broad fleshy plate at the base, with slender unequal fringes proceeding from the back, like the sepals not closed in the bud: those next the stem are larger than the rest, the lower petal sometimes altogether wanting. The pistil and stamens are placed at the edge of a large disk, spreading at the back, glandular on its surface; the stamens are from ten to twenty, the anthers two-celled, opening lengthwise. The stigmas are three, glandular, placed at the top of the three-lobed ovary. The seed-vessel is dry and membranous, or succulent in Ochradenus, opening at the top, usually having the seeds attached to three ridges: the seeds are kidney-shaped, pendulous, arranged in a double series or scattered, white or brown, without albumen; the covering crustaceous and dotted.

This Order has most affinity with the Caper tribe; there is also some resemblance to Polygalaceæ.

The only remarkable properties of these plants are the colouring matter of the Weld, and the fragrance of the Mignonette.

Reseda is said to have been so named by the romans from its supposed soothing properties in allaying pain.

Europe is the chief station of this Tribe; some species extend into the islands of the Mediterranean, and the neighbouring countries of Asia; a very few have been discovered in the north of India, the Cape of Good Hope, and California.