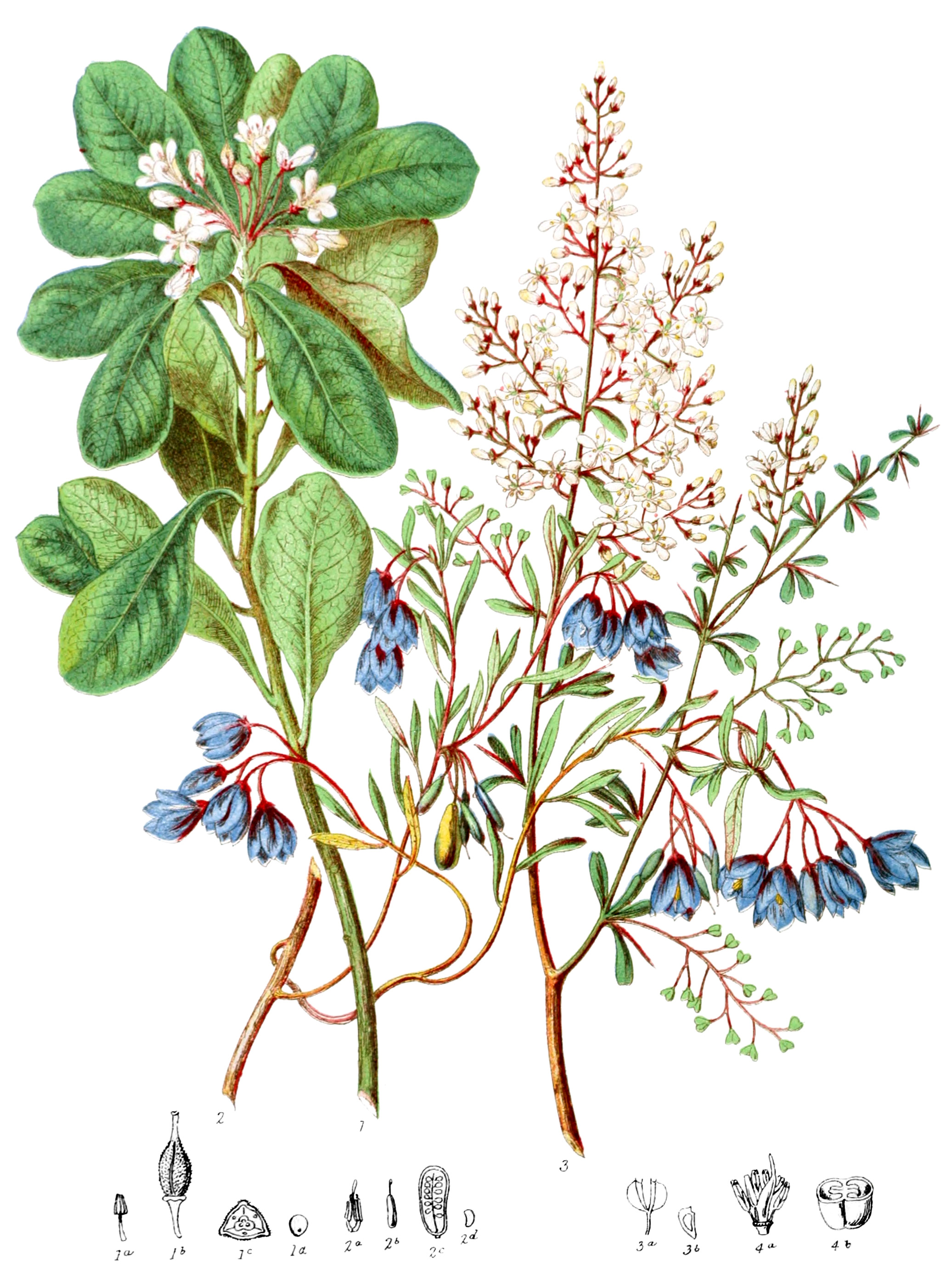 Tree and shrubs, the leaves of which are simple, alternate, without stipules, usually entire at the edges, sometimes serrated. The flowers are at the ends of the branches, or proceed from the base of the leaf-stalks, imbricated in the bud. The sepals of the calyx are four or five, either distinct or partially cohering, falling off when the flower expands. The petals are four or five, attached to the base of the ovary, sometimes slightly cohering. The stamens are five, growing from the base of the ovary, alternate with the petals. The anthers are two-cells, opening longitudinally or by a pore. The ovary is single, distinct, having two or more cells, in which are many sees; the style is single, the stigmas equal in number to the plates on which the seeds are affixed. The fruit is a capsule or a berry, with many-seeded cells, which are sometimes incomplete. The seeds are often covered with a pulp of a glutinous or resinous nature, and contains a large proportion of albumen.

This Order has some points of resemblance to Polygalaceæ and Frankeniaceæ,* and in Cheiranthera is shown an affinity with Dilleniaceæ.

A slightly fragrant resin in the bark and seeds, and a bitter, acide taste, are the chief properties of these plants.

The plants of this Tribe belong chiefly to Australia, a few only are natives of Africa and the neighbouring islands; one species has been discovered in Nepal. Pittosporum is the most extensively dispersed, being found in New Holland, New Zealand, Norfolk Island, the isles of the Pacific Ocean, the Moluccas, China, Japan, and Madeira; none have yet been found in America, and they are entirely unknown to Europe.