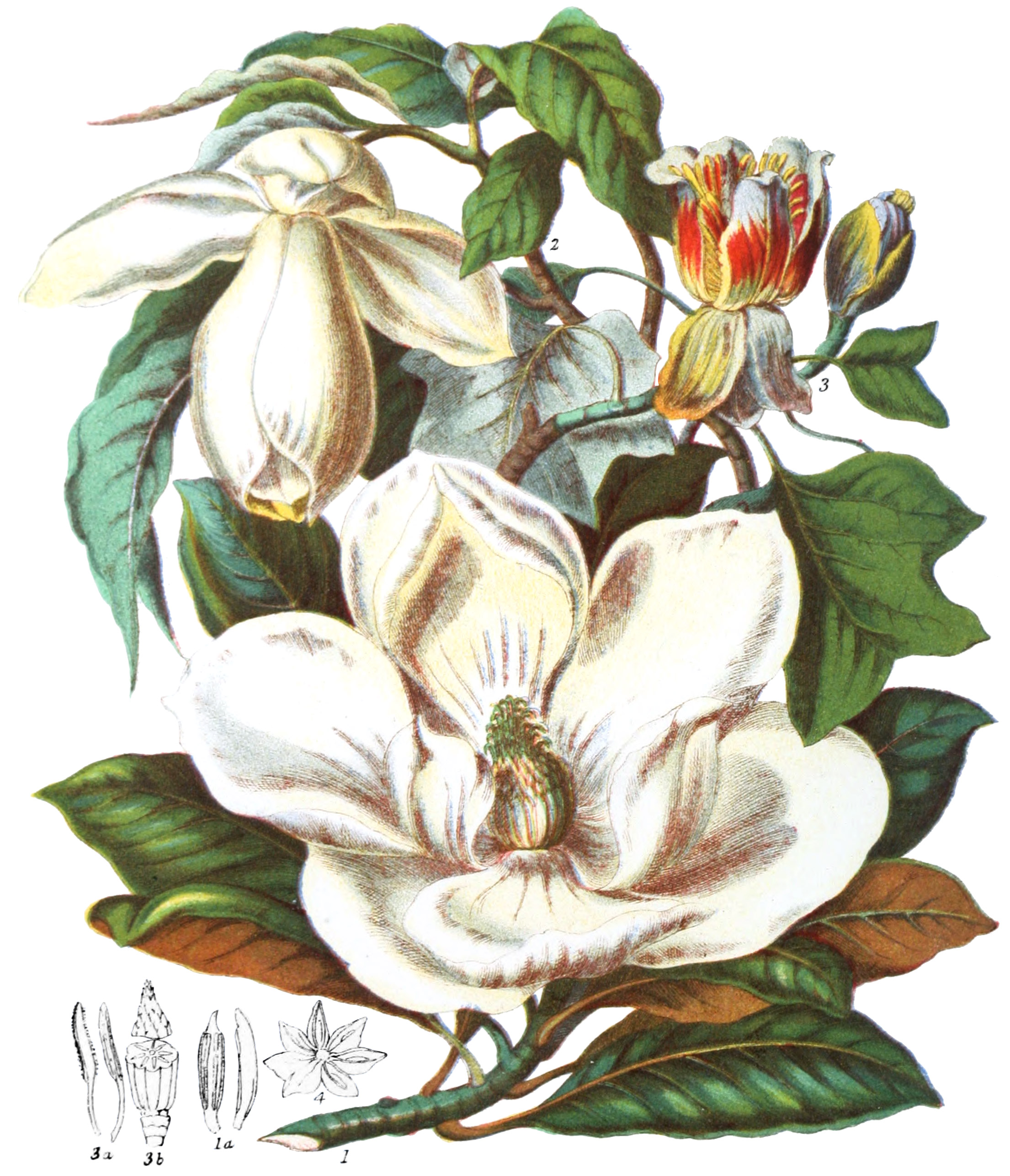 This Order is composed entirely of trees or shrubs, no herbaceous plants. The leaves are generally of a thick, leathery substance, grow alternately, and are jointed on the stem. The rolled-up stipules, which grow around the base of the leaf-buds, soon fall off, their place being marked by an annular scar on the branch. The calyx has either three or six sepals, which drop off when the flower expands. The petals are three or more in several rows. Stamens numerous, with long anthers on the filaments, placed below the pistil, which is composed of many short styles and simple stigmas. Fruit either dry or succulent, containing several seed-vessels, which are either entire or gaping, distinct or partially connected, often collected in a long-shaped cone. In a few plants the seed-vessels are circular, in the form of a star, as in Illicium, Tasmannia, and others.

The general character of these plants is to have fragrant flowers, and bitter aromatic properties; none can be said to bear eatable fruits, although that of Illicium anisatum has a pleasant aromatic flavour: other species yield an useful oil from the fruit. Kalm ascertained the presence of these trees by their odoriferous scent at a distance of three miles, when the wind was favourable. Magnolia was so named after Pierre Magnol, a celebrated botanist of Montpelier.

The chief centre of this tribe is doubtless North America, where the woods, the swamps, and the sides of the hills abound with various species; thence they extend to Asia. The seven species of Michelia in Nepal form a link between the floras of North America, China, and Japan. No species have yet been found on the continent of Africa, or in any of the adjoining islands, and none belong to Europe.

*4a was not pictured in the original illustration.