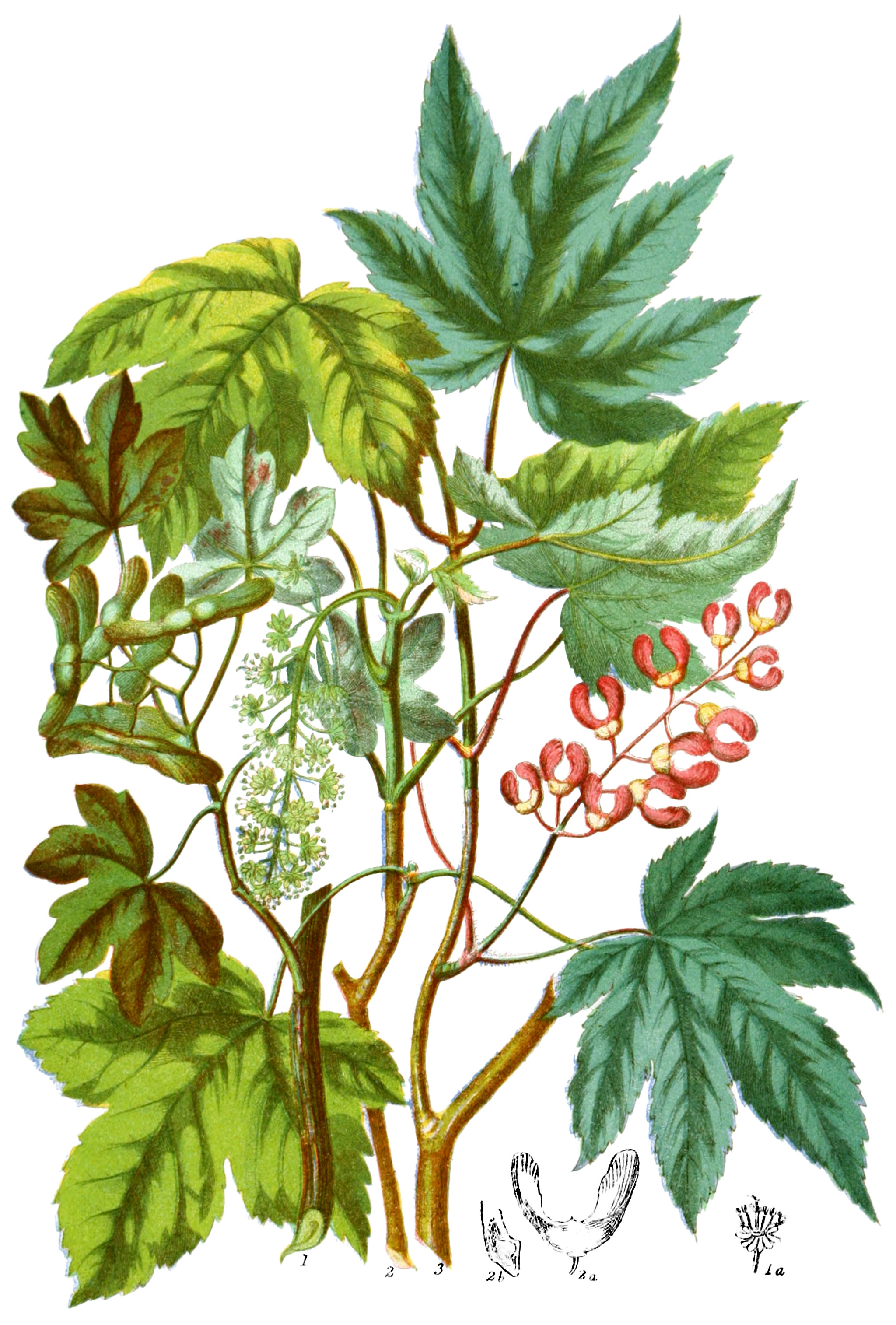 Trees, with nodose branches, the leaves of which are opposite, simple, stalked, usually with palmate veins, rarely pinnate, without stipules. The flowers grow on branching stalks from the base of the leaf-stalk, either in upright or drooping clusters: sometimes the pistil and stamens are in different flowers, sometimes united. The calyx is divided into five lobes, rarely from six to nine, often coloured; the petals are equal to them in number, and agree with them in colour, they are inserted round a fleshy disk, in some instances they are wanting. The stamens are placed on the disk, are usually eight, rarely five or twelve; the filaments are free, anthers oblong, two-celled. The ovary is free, with two lobes, the styles single, bearing two stigmas. The fruit is a samara, or winged closed capsule, consisting of two connected carpels, each being one-celled, containing one or two erect seeds without albumen.

This Order has an affinity with Sapindaceæ and Malpighiaceæ, although the opposite leaves, and fruit with only two carpels distinguish it from the former, and the palmate-veined leaves and glandless calyx separate it from the latter.

A saccharine juice is the chief property of these trees; the astringent bark yields a brown and yellow dye.

This small Tribe is dispersed over Europe, the Temperate parts of Asia, the mountain-ranges of northern India, and North America: it is unknown in Africa and the Southern Hemisphere.