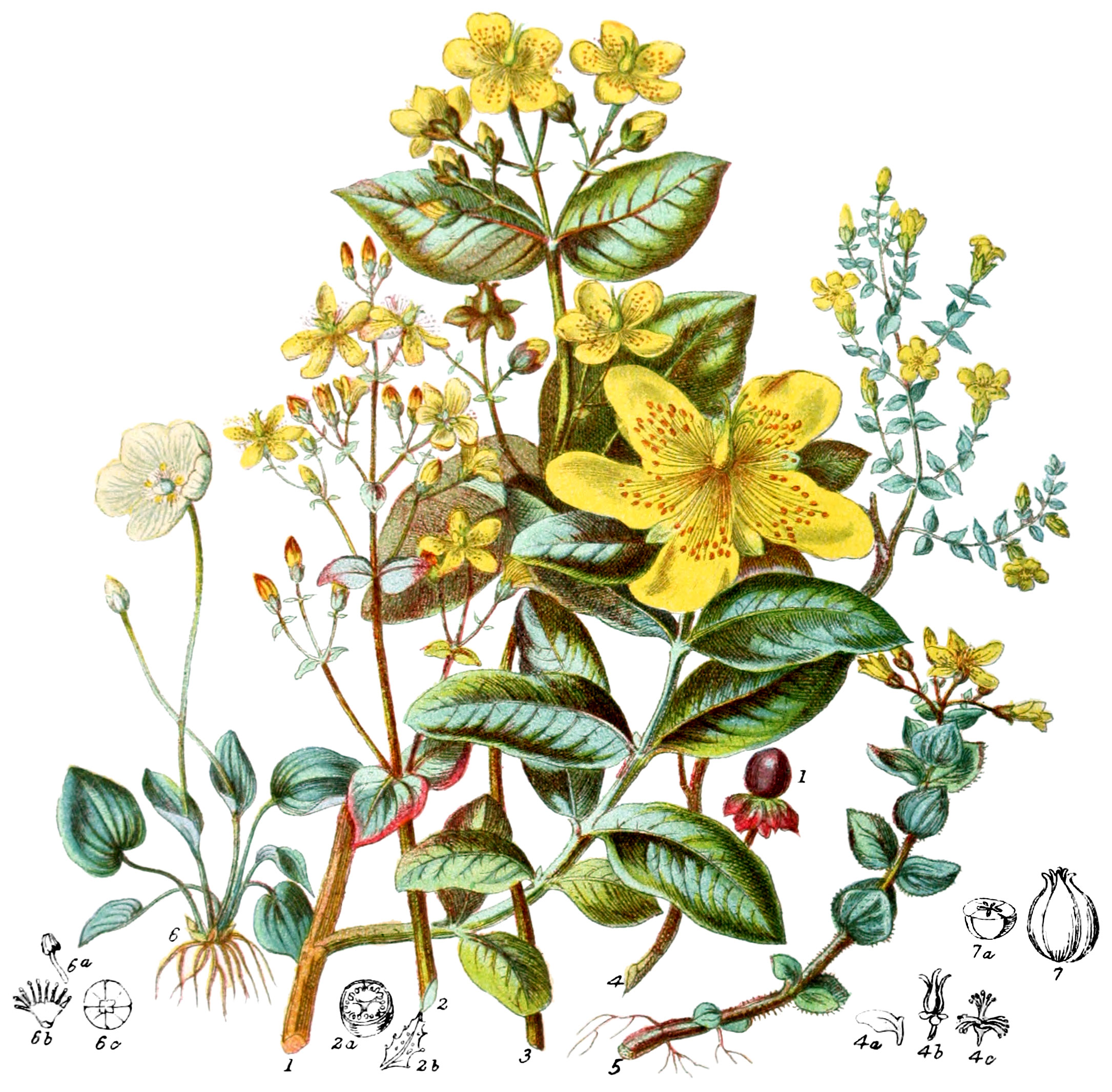 Trees, shrubs, herbaceous and annual plants, having a resinous juice, and often with angular branches. The leaves are opposite, entire, without stipules, occasionally alternate, sometimes notched at the edges, usually impressed with transparent dots, and bordered with dark glands. In almost every instance, the flowers are yellow, the rest red or white; the form of inflorescence is various, though the flowers are regular. The calyx has four or five sepals free from the ovary, two exterior, three within, either separate or partially united. The petals are of the same number as the sepals, unequal sided, twisted spirally in the bud, sometimes bordered with black dots, and often having a fleshy scale or hollow at their base. The stamens are numerous, growing from the base of the pistil, either distinct or united into one, or generally many sets; the filaments are slender, the anthers two-celled, opening lengthwise, frequently surrounded by a gland. Small fleshy glands are in some species placed between the sets of stamens as in Parnassia and others. The carpels are three or five, partly united around an axis, the styles are of the same number, usually distinct, but occasionally cohering to the base. The stigmas are capitate or truncate, rarely two-lobed. The fruit is sometimes one-celled, but seeds are minute, usually tapering at the point.

The unequal sided petals, and dark glands upon their edges, and the stamens united in sets, are the chief distinguishing points of recognition in this Order.

An essential oil is contained in the glands of Hypericum resembling those of the Orange tribe; a yellow juice in other parts of the plant, as well as some points of structure, connect this tribe with Clusiaceæ.

The plants of this Tribe are very widely spread over the earth, on mountains and in valleys, in meadows and on heaths, marshes and dry plains. North America possesses the largest number of species; in South America about half the number have been found; to Asia belong several species of arborescent shrubs, growing in the south of India, and others are scattered over the Himalaya.

*3a was not pictured in the original illustration.