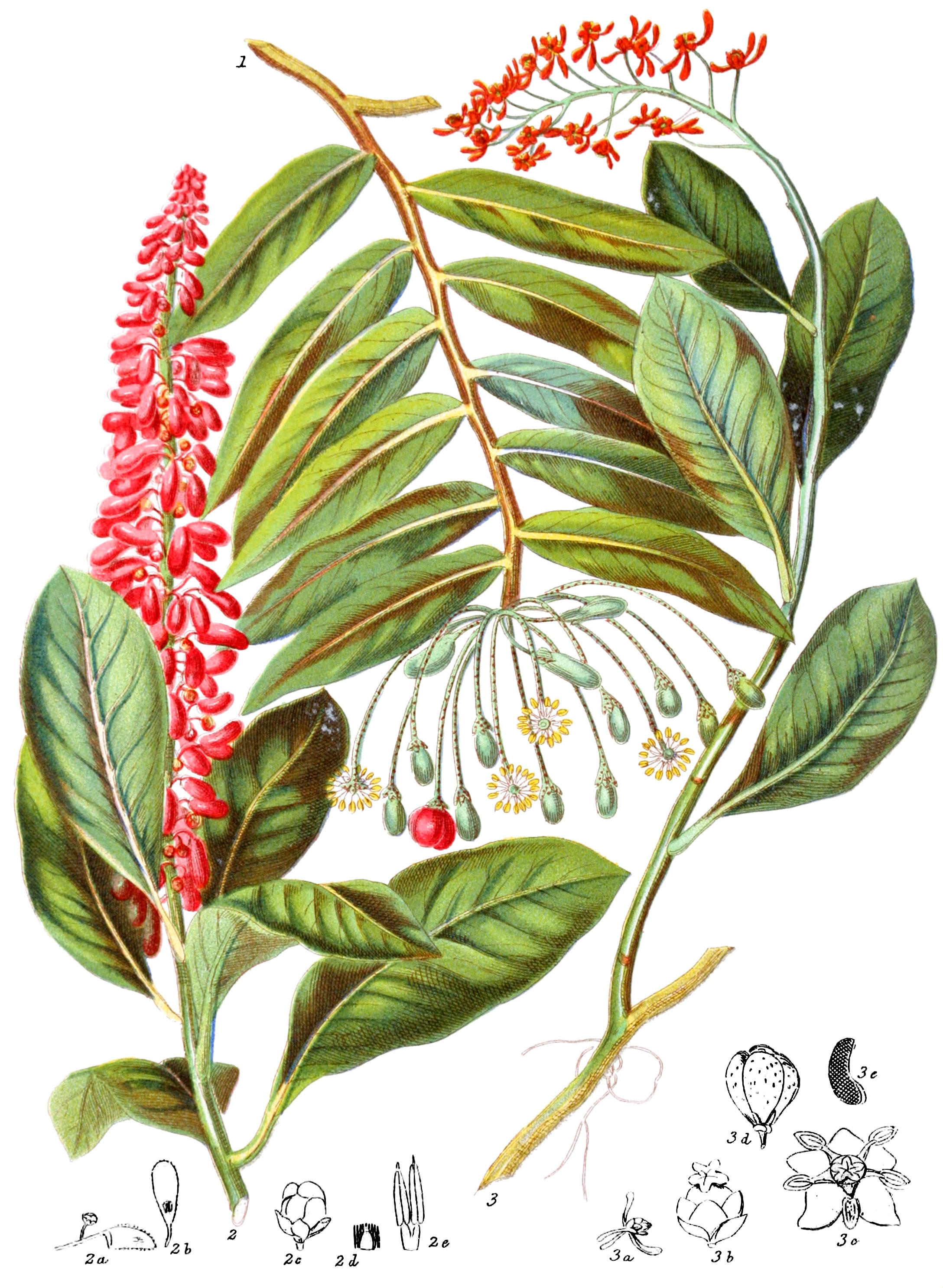 Trees and shrubs, some of which are climbing, parasitical, and sending out rootlets from the knots of the branches, or base of the leaf-stalks. The leaves are alternate, simple, entire at the edges, tough and leathery, without stipules. The flowers are regular, growing on branching stalks, or in umbels, or in terminal spikes; usually having bracts, which are sometimes hooded, or hollow bags. The sepals of the calyx are from two to seven, generally leathery; the corolla is attached to the base of the ovary; in Marcgravia it is composed of one petal, hollow, cup-shaped; sometimes it is formed of five small petals as in Norantea. The stamens are either of definite or indefinite number, inserted either on the receptacle or on a membrane at the base of the ovary; the filaments are dilated at the base; the anthers are attached by the base, long, many-celled, surmounted by a single style with a simple or capitate stigma; the ovules are numerous, attached to the projections of the central column. The fruit is at present imperfectly known, supposed to be generally succulent, but sometimes a capsule, leathery, and consisting of several valves which separate slightly, the partitions from the middle of each valve not reaching to the central column, the fruit becomes one-celled. The seeds are very small, numerous, imbedded in pulp, oblong, blunt at each end, straight or incurved, the outer skin hard and netted, with the scar at the side, without albumen.

This Order appears to have affinity with Hypericaceæ, but is still more closely allied to Clusiaceæ: the hooded bracts form a kind of link with the pitcher-plants.

The modifications both of form and colour of the bracts of the plants of this tribe are very singular; in several instances, they have the appearance of the spur or nectary of some flowers, in others they are of a size and colour as to acquire the aspect of an actual flower, which is of comparative insignificance itself.

Equinoctial America is the region inhabited by this Tribe.

*1a and 1b were not pictured in the original illustration.