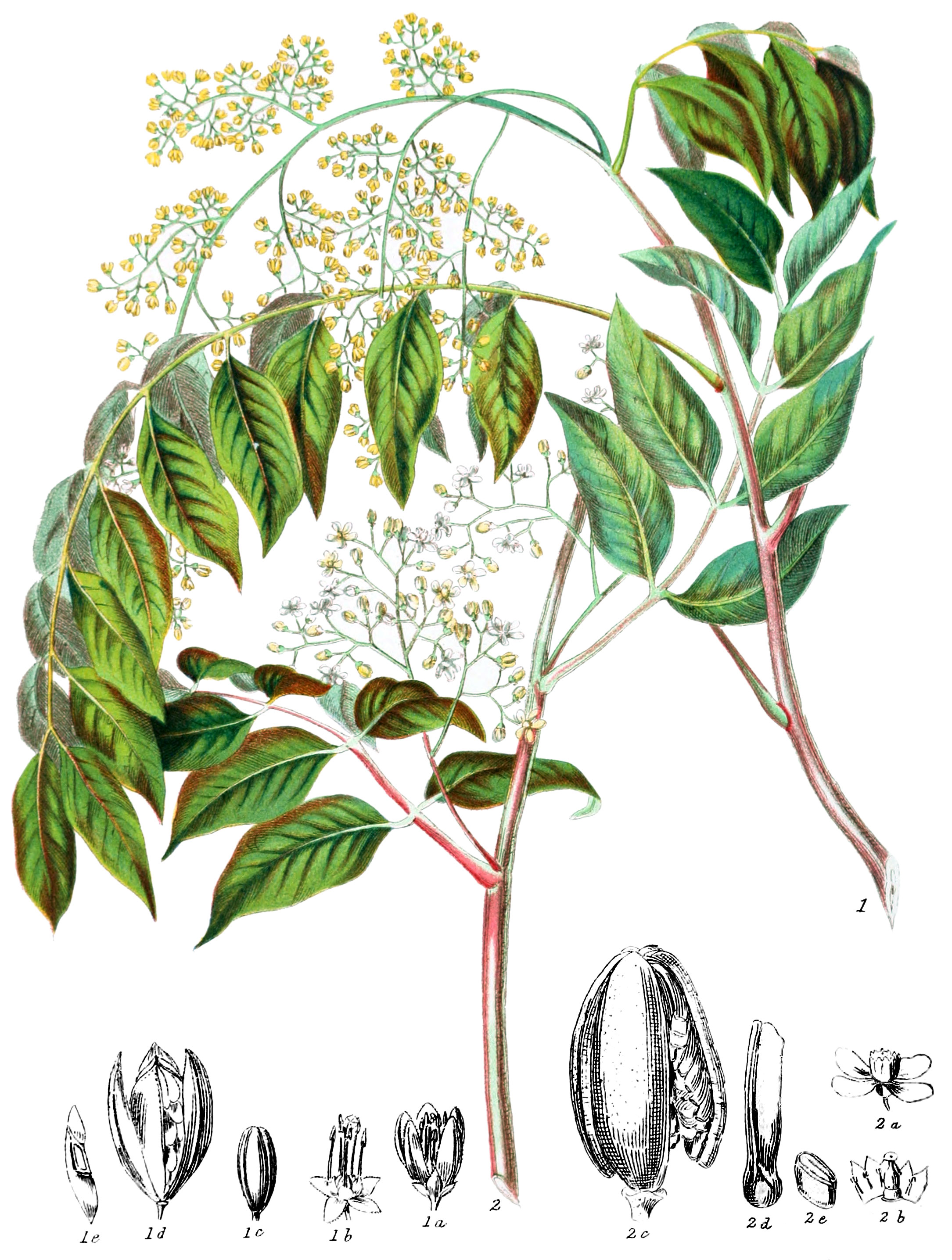 Trees with a compact wood, usually sweet-scented, and finely veined. The leaves are alternate, pinnated, without stipules. The flowers are minute, growing on branching stalks, terminal, or from the base of the leaf-stalks: the calyx is four or five-cleft, the petals four or five. The stamens are from eight to ten, distinct, and fixed in honey-glands in Cedrela, united within a tubular nectary cup in Swietenia, inserted into a dis at the base of the ovary. The style and stigmas are simple. the cells of the ovary are equal in number to the petals, or fewer. The fruit is a capsule, with valves separable from the thick axis, splitting from the top in Cedrela, from the base in Swietenia. The seeds are flat, winged, placed in two rows on the valves, having thin albumen or none.

These trees have a close affinity with Meliaceæ, but are distinguished by their winged seeds: Flindersia and Chloroxylon, having their leaves dotted with pellucid glands, form a link with the Orange tribe.

Fragrant, close-grained, and astringent bark, are the two chief properties of this tribe.

The trees of this Tribe are common in the tropical regions of America and India. Cedrela and Swietenia grow on the Andes at an elevation of 1500 feet: they are rare in Africa and the adjoining islands.

*Khaya was spelled as “Khlaya” in the original description.