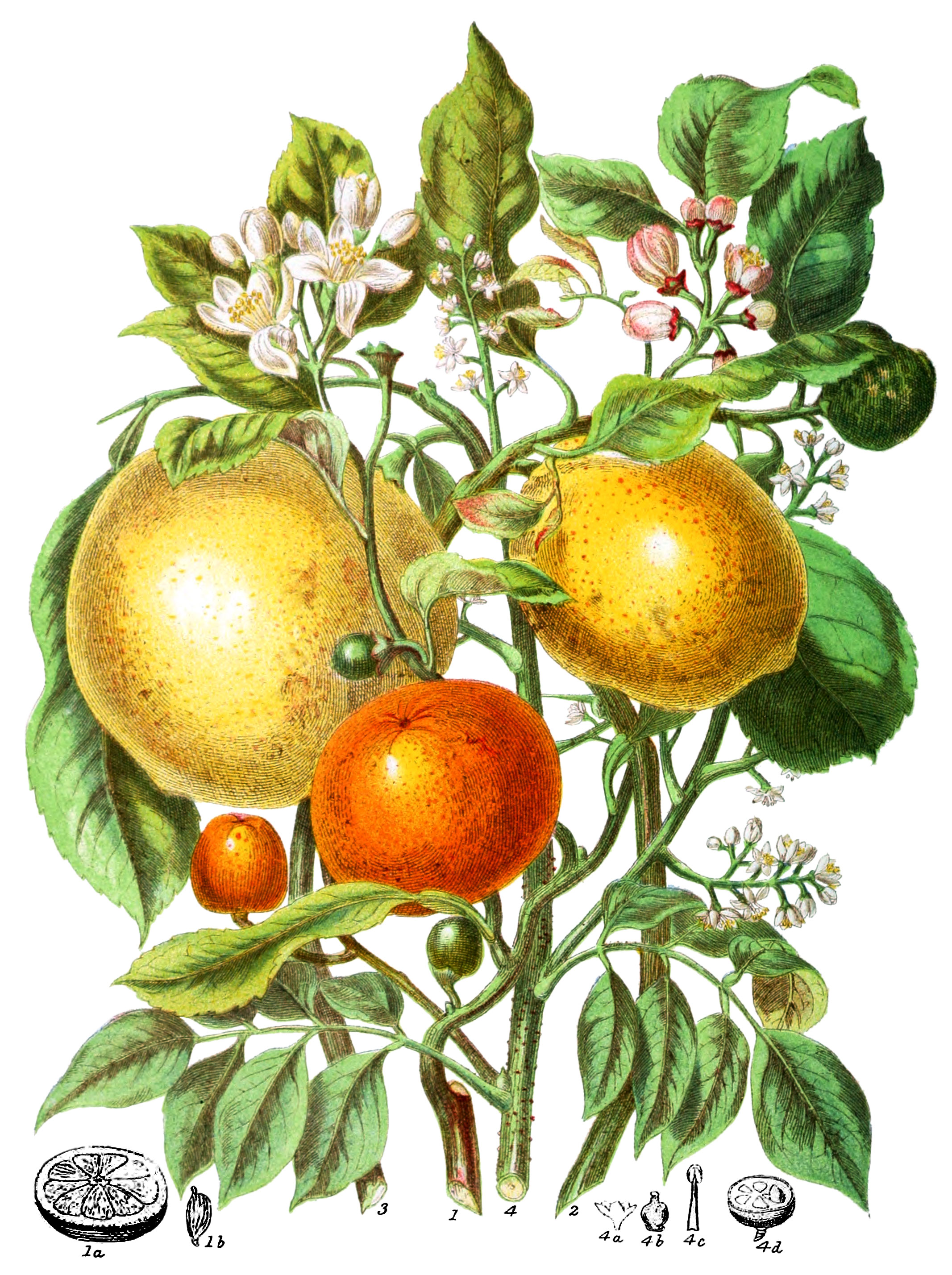 Trees and shrubs, almost always having a smooth surface, and filled in all parts with little pellucid receptacles of volatile oil. The leaves are alternate, often compound, always articulated with the leaf-stalk, which is frequently winged; spines sometimes at the base of the leaf-stalk. The calyx is generally short, of a bell-shape, somewhat adhering to the disk, three or four toothed, and withering. The petals are from three to five, broad at the base, either distinct, or slightly combined, inserted on the outside of the disk of the ovary. The stamens are equal in number to the petals, or twice as many, or some multiple of their number, inserted on the same disk; their filaments are flattened at the base, sometimes distinct, sometimes slightly combined in one or several sets; the anthers are terminal, fixed in the slender summit. The ovary is many-celled, having one style surmounted by a slightly-divided stigma. The fruit is pulpy, with one or more cells, the thick rind sometimes separable from the cells, and full of receptacles of oil; the cells often filled with pulp. The seeds are attached to the axis, either numerous or solitary.

This tribe has several affinities with the Rue tribe, but the consolidated juicy fruit forms an obvious distinction.

The chief characters of the Orange tribe are, the abundant oily receptacles dispersed over all parts of the plant, leaves articulated with their stalks, and succulent pulpy fruit of a golden yellow colour. containing citric and malic acid in various proportions.

Almost exclusively natives of the east Indies, whence some have spread over Tropical countries; two or three species belong to Madagascar; one is described from the forests of the Essequibo in South America.