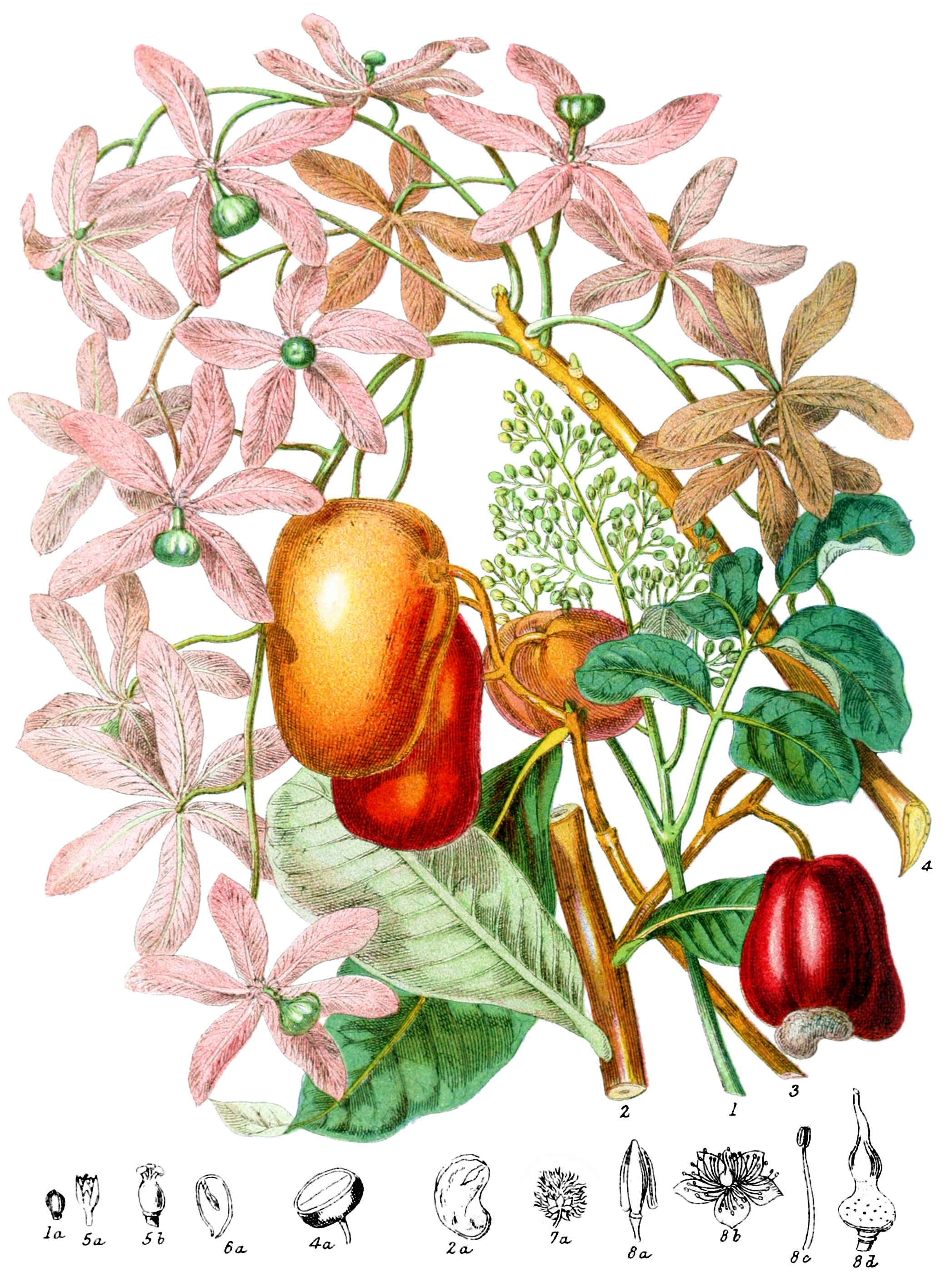 Trees and shrubs abounding with resionous gummy sap, or a milky caustic juice; the leaves are alternate, simple or compoudn, without stipules, and having no pellucid dots. The flowers either at the ends of the branches or from the base of the leaf-stalk. The stamens and pistil are seldom perfect in the same flower; the calyx is usually small and persistent, with five or seven divisions; sometimes the sepals are united, and it falls off. The petals are equal in number to the segments of the calyx, attached to its fleshy disk, occasionally wanting. The stamens are equal in number to the petals and alternate with them, growing separately from the disk, or cohering at their base when the disk is absent. The ovary is generally one-celled, having an ovule attached to its base by a cord; it is surmounted by one style, or three or four, as many stigmas. The fruit is most commonly a drupe; the seed contains no albumen.

This Tribe has some affinity with the Walnut tribe, although the flowers are disposed differently.

A resinous, acrid, and extremely poisonous juice prevails in these plants.

The Tropics are the chief station of the Tribe. Pistacia in habits the south of Europe and the Levant. Rhus is most extensively dispersed, being found in Northern India, in South Africa, in North America, and south of Europe. Duvaua and Schinus belong to Chile; no species have yet been discovered in Australia.