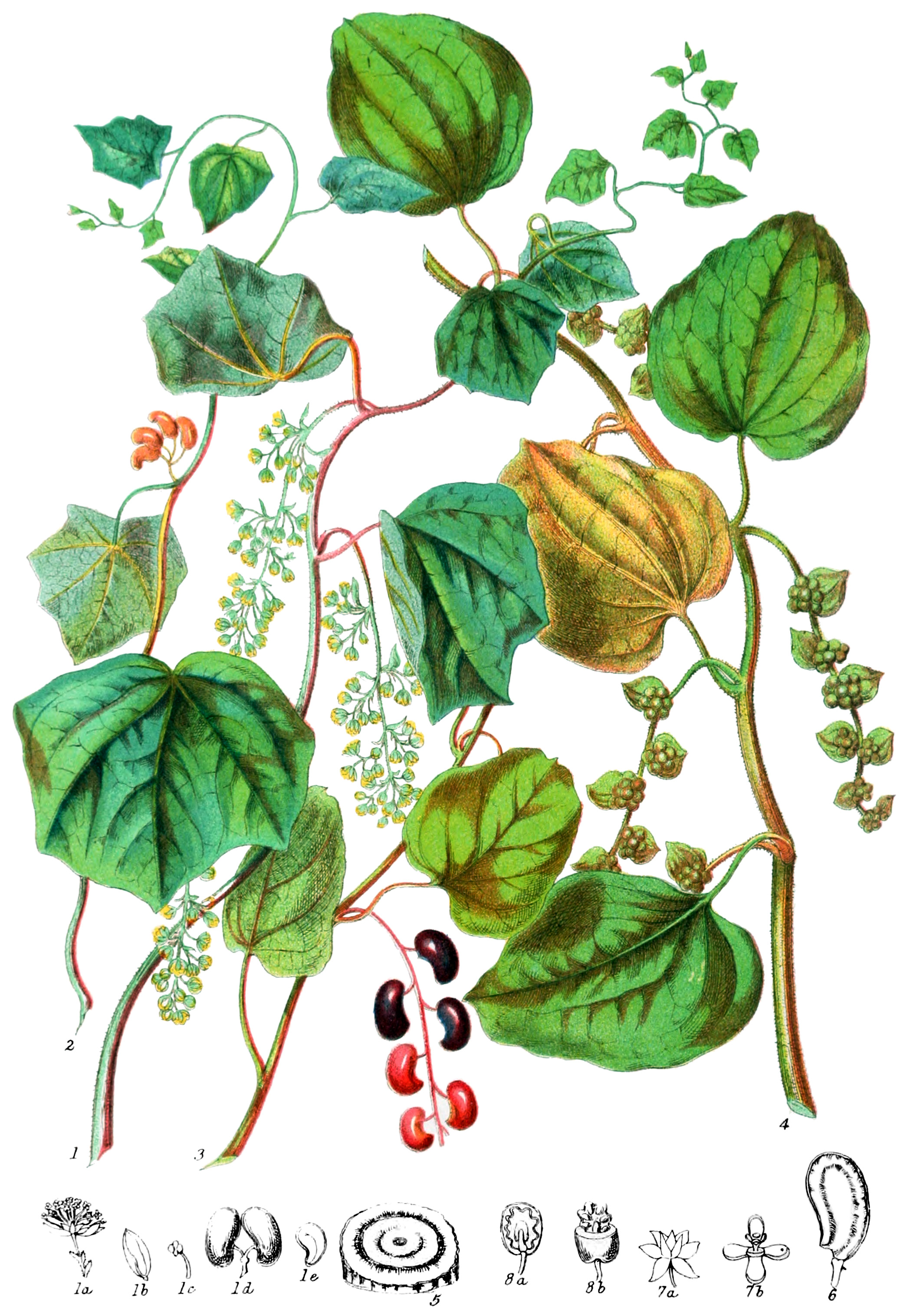 This Order consists of shrubs and perennial herbs, of a flexible, touch nature, and climbing habit; the wood is frequently without concentric zones. The leaves are alternate, usually simple and entire, sometimes peltate or buckler-shaped, in some instances compound, destitute of stipules. The flowers are small, usually on slender branching stalks, having stamens and pistils on separate plants; the sepals and petals of the stamen flowers are nearly alike in appearance, placed in rows of three or four, seldom five, falling off soon. The stamens are unite in a set, or occasionally distinct, sometimes opposite the petals, and equal to them in number, sometimes three or four times as many; the anthers are turned outwards, fixed either along the edge of the filament or at its point. The pistil-bearing flower has occasionally only one sepal and one petal on one side of the pistil. The style is simple or trifid. The seed-vessel is usually an oblique or moon-shaped berry, compressed, bearing one seed, usually attaining the same crescent form; the albumen, when present, is thin and fleshy, or horny.

Allied with Kadsura in the Custard-apple tribe; the yellow wood and bark and the bitter taste connect it with the Berberry.

Active narcotic and bitter qualities prevail among these plants: the narcotic principle is in some species so abundant as to render them poisonous; the bitter properties of some cause them to be valuable as tonic medicine: a few species are mucilaginous.

Menispermum, Moon-seed, was named from the Greek, in allusion to the crescent form of the seed-vessel.

The plants of this Tribe are common in the tropics of America and Asia; a few inhabit the cooler parts of China and North America: they are very scarce in Africa; one only is found in Siberia. All the species grow in woods, twining around other plants. Cissampelos abounds most in America, Cocculus in Asia.

*7 and 8 were not pictured in original illustration.