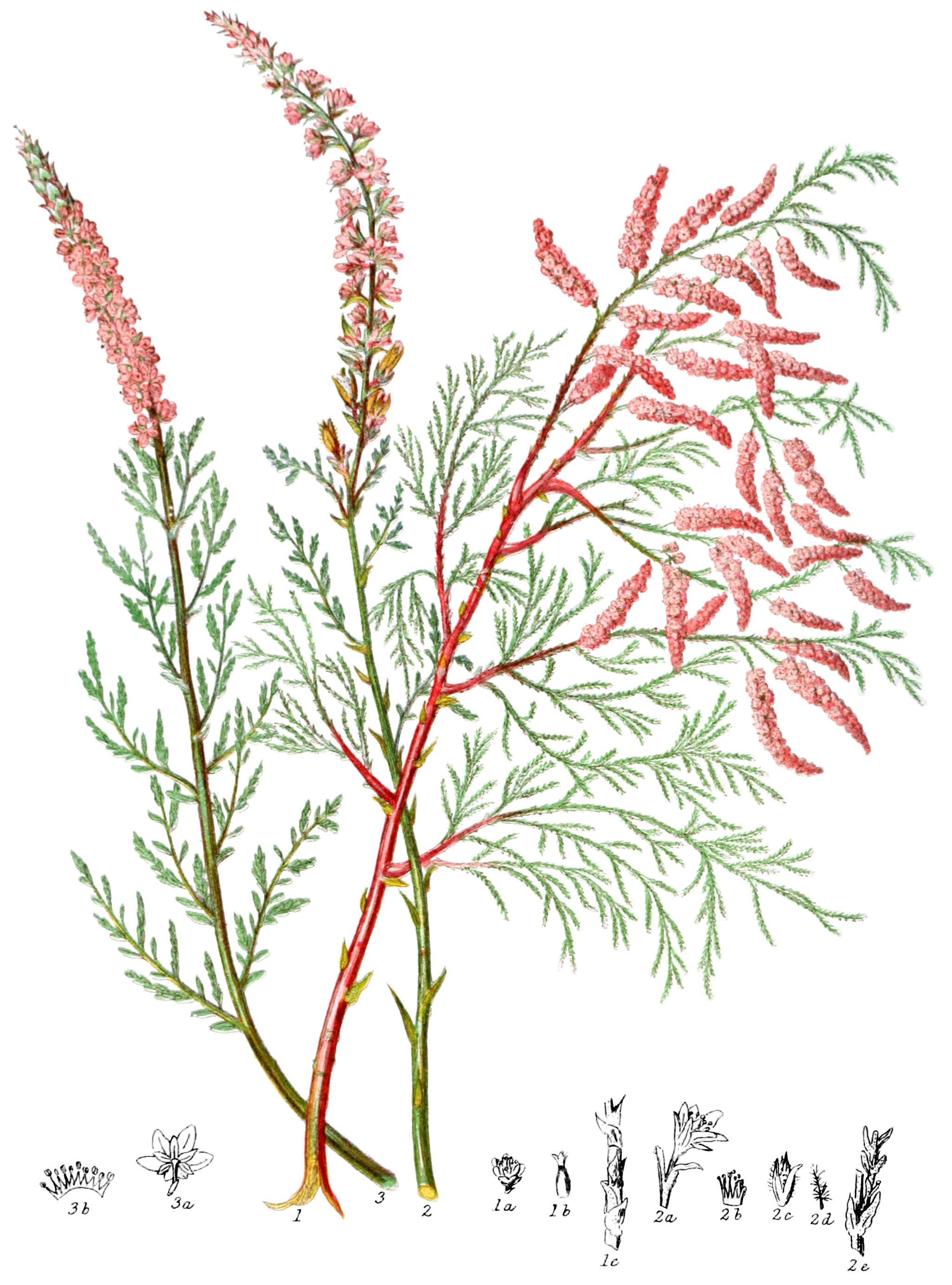 Shrubs or herbs, with slender branches; leaves alternate, minute, entire, scale-like, usually having hollows on the surface. Flowers in close spikes, or racemes. The calyx is four or five-parted, persistent, imbricated in the bud. Petals inserted into the base of the calyx, withering and remaining whilst the seed ripens. Stamens either equal in number to the petals, or twice as many, distinct or united: the anthers are turned inwards, two-celled, opening longitudinally. The ovary is free, surmounted by three styles. The Fruit is a capsule, three-valved, three cornered, one-celled, containing many seeds attached to three plates, either at the base of the cavity, or along the middle of the valves; the seeds have no albumen, and are surmounted by down.

Bitter and astringent properties exist in the plants of this innocuous tribe; sulphate of soda is contained in the ashes.

The plants of this small Tribe are limited exclusively to the eastern portion of the northern hemisphere, extending from China to the Cape de Verd Islands and Senegambia; apparently not reaching southwards beyond 8° or 9° of N. latitude, or northwards beyond 55° in Siberia. They occur in various localities, on the sea-coasts and river-shores of Europe, on the banks of the Ganges and the Nile, on the arid sandy tracts of Northern India and the Punjaub, and on the lofty saline plains of Thibet and Siberia. They exist in the greatest variety and abundance in the region of the Mediterranean Sea.

*The Coccus tribe was not in either of the original two volumes.