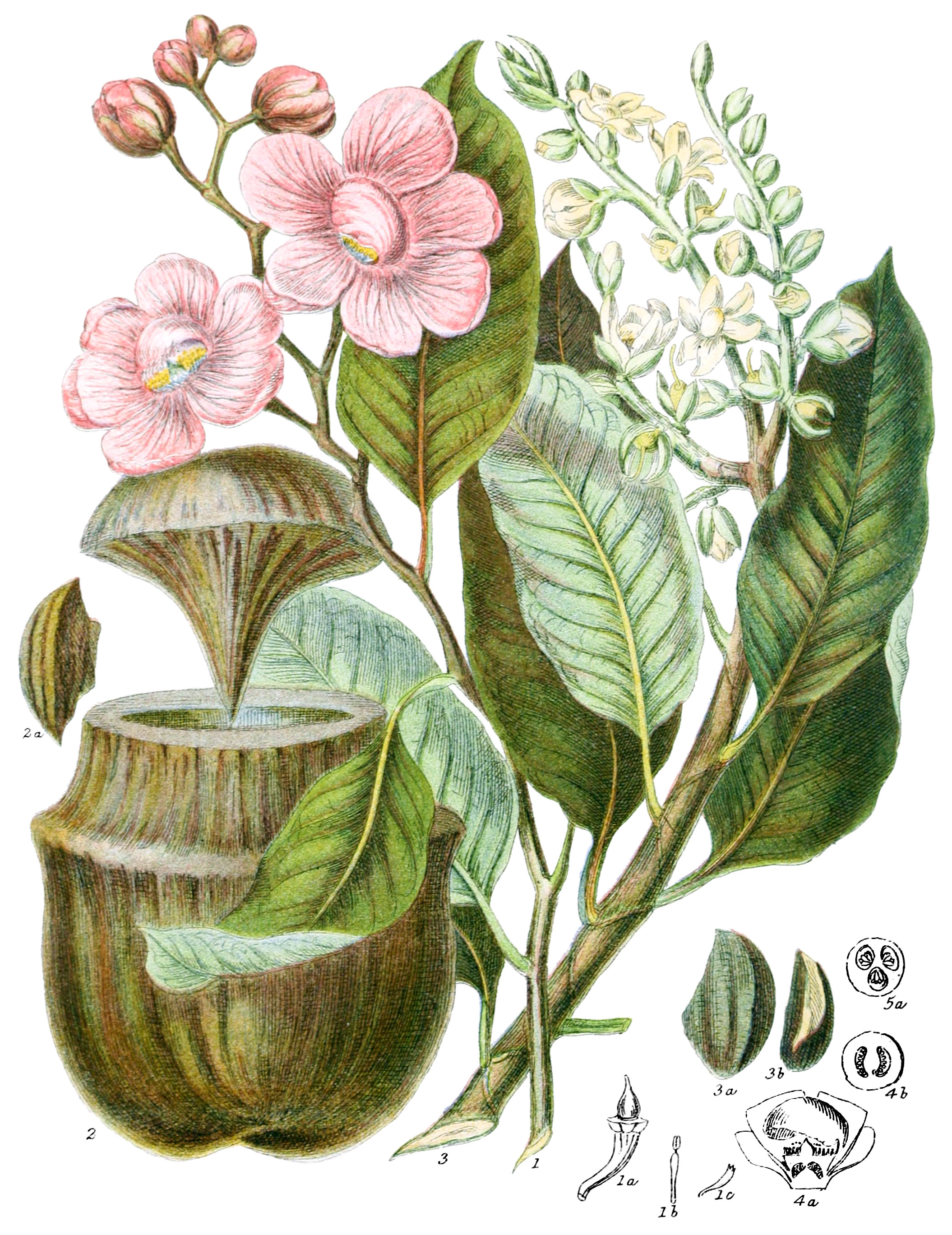 Large trees, with alternate leaves, either entire or toothed at the edges, without pellucid dots, having minute stipules, which soon fall off. The flowers are solitary, or grow on the ends of the leaf-branches, or on separate branches. The calyx is from two to six-leaved, or united in a tube below, having a divided limb; it is either valvate or imbricated in the bud state. The corolla has six petals, sometimes cohering at the base, imbricated in the bud. The stamens are of indefinite number, placed upon a disk which surmounts the ovary; a portion of the filaments is united into a tough substance, which is prolonged into a hooded petal-like body, bending over and concealing the pistil and surrounding stamens; the inner surface is sometimes lined with filaments without anthers. The ovary is below the disk, from two to six-celled; the ovules are few or many, attached to the central axis; the stigma is simple. The seed-vessel is a woody capsule, of a round or long shape, either opening spontaneously with a lid when the seeds are ripe, or remaining closed. The seeds are covered by a thick integument without albumen.

These trees have affinity with the Myrtle tribe, but the alternate and often notched leaves without pellucid dots distinguish them clearly.

The very remarkable hooded plate of additional stamens is the striking character of this tribe.

The trees of this tribe are all natives of the hottest countries in South America, more especially of Guiana and Brazil.