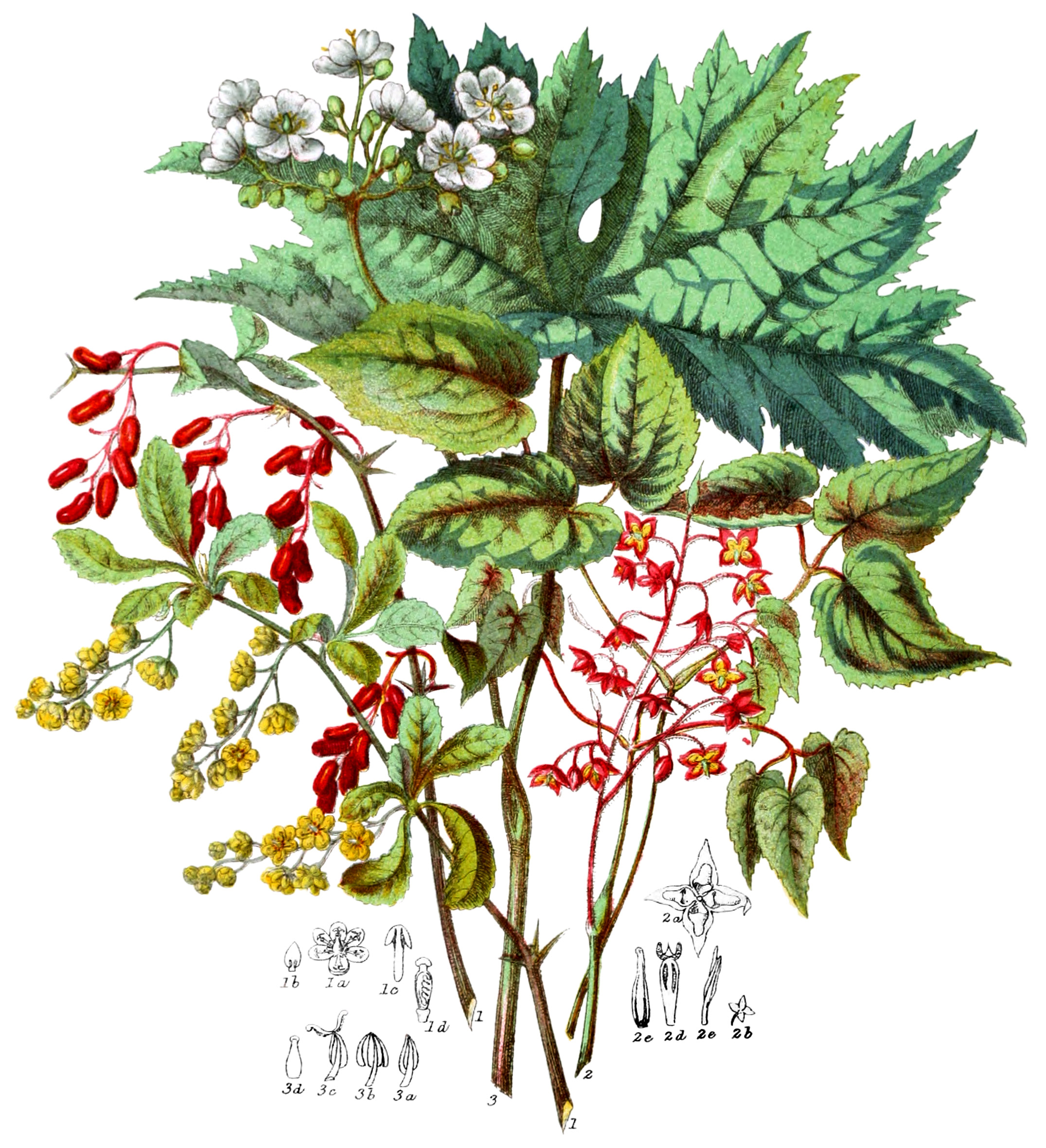 Shrubs and herbaceous plants, usually destitute of hairs, but often spiny. The leaves are alternate, compound, generally without stipules; those of the common Berberry and some other species appear to be simple leaves growing in clusters, but are jointed at the stalk, and are therefore compound leaves reduced to a single leaflet. The flowers are either solitary, branched, or in panicles; the sepals of the calyx are three, as in Diphylleia, four as in Epimedium, or six as in Berberis, with petal-like scales on the outside. The petals are the same in number as the sepals, or twice as many, having sometimes an appendage at the base in the interior. The stamens are equal in number to the petals, opposite to which they are placed; the anthers have two cells which open by valves from the lower part upwards, the same as in the Laurel tribe. The style is terminated by a circular stigma; the fruit is either a berry or a capsule, containing crustaceous or membranous seeds.

These plants are disposed, chiefly in mountainous places, over the temperate parts of the northern hemisphere; rather abundantly in the northern provinces of India. In South America they are found as far south as the Straits of Magellan; none yet have been discovered in Africa, Australia, or the South Sea Islands.