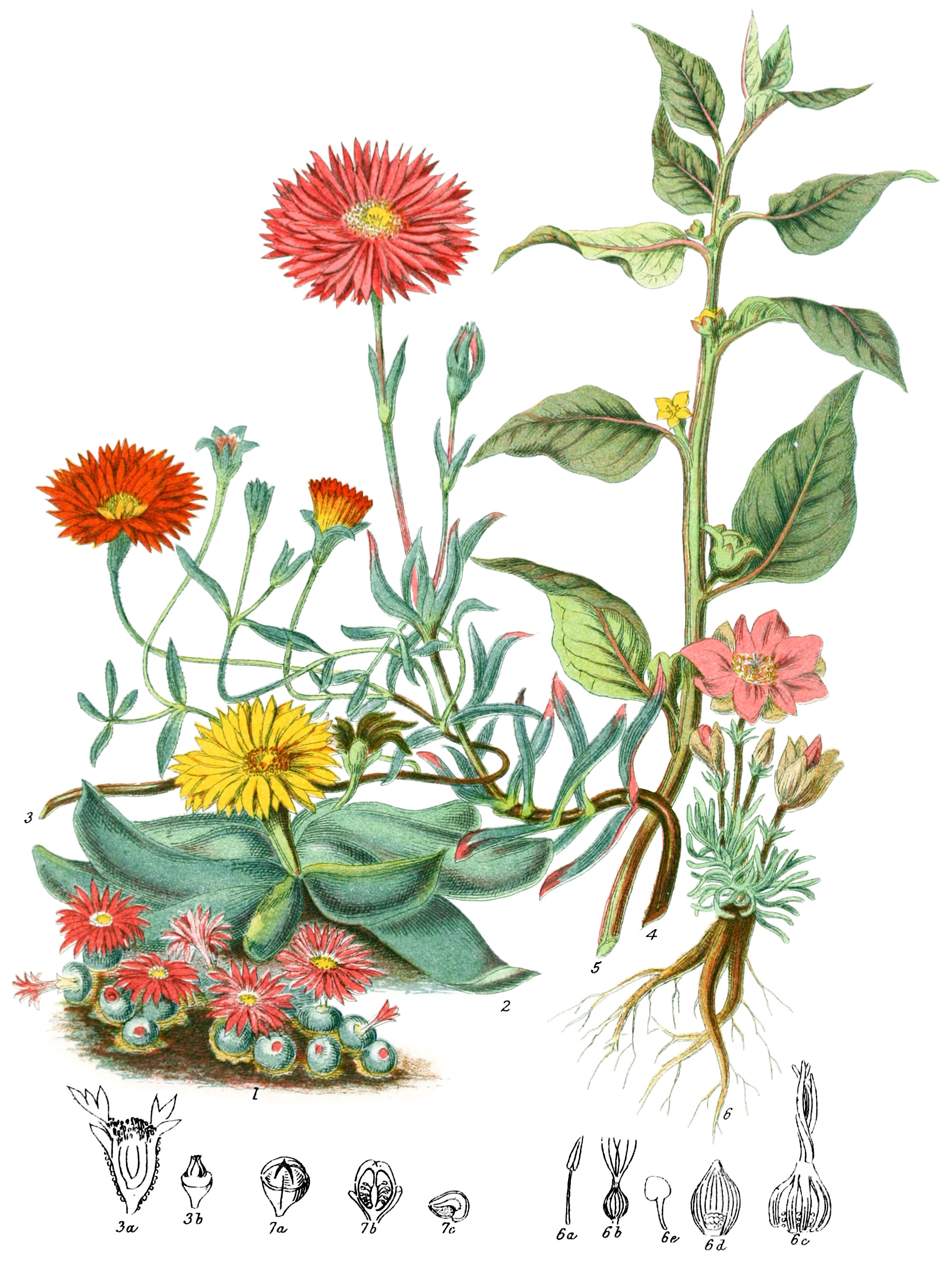 Shrubs and herbaceous succulent plants, with leaves opposite or alternate, simple, fleshy, often of grotesque forms, sometimes covered with watery protuberances, without stipules. The flowers are complete with stamens and pistil, almost always on terminal branches, sometimes from the base of the leaf-stalk; they are chiefly of brilliant color, generally opening only in sunshine, and closing in its absence. Tetragonia and a few other genera have small flowers, sometimes wanting in petals. The sepals of the calyx are usually five, more or less combined at the base, either cohering to the ovary or distinct from it, equal or unequal; the petals are slender, numerous, in many rows; the stamens arise from the calyx, and are of indefinite or definite number; the anthers are oblong. The ovary is partly below the calyx, one or many-celled; the styles are of the number of the cells, the stigmas numerous, distinct; the ovules are attached by cords to a central plate, which is either wholly free or united to the edges of the carpels, or spread over the cavity of each cell. The capsule is surrounded by the fleshy calyx, splitting at the base, or a tough-shelled nut not gaping when ripe. The seeds are attached to the inner angle of the cells, and contain merely albumen.

The principal portion of this Tribe inhabit the hot sandy plains of the Cape of Good Hope; a few species only exist in North Africa, in the countries of Europe bordering the Mediterranean, in China, in Chile,† Peru, and the South Sea Isles.