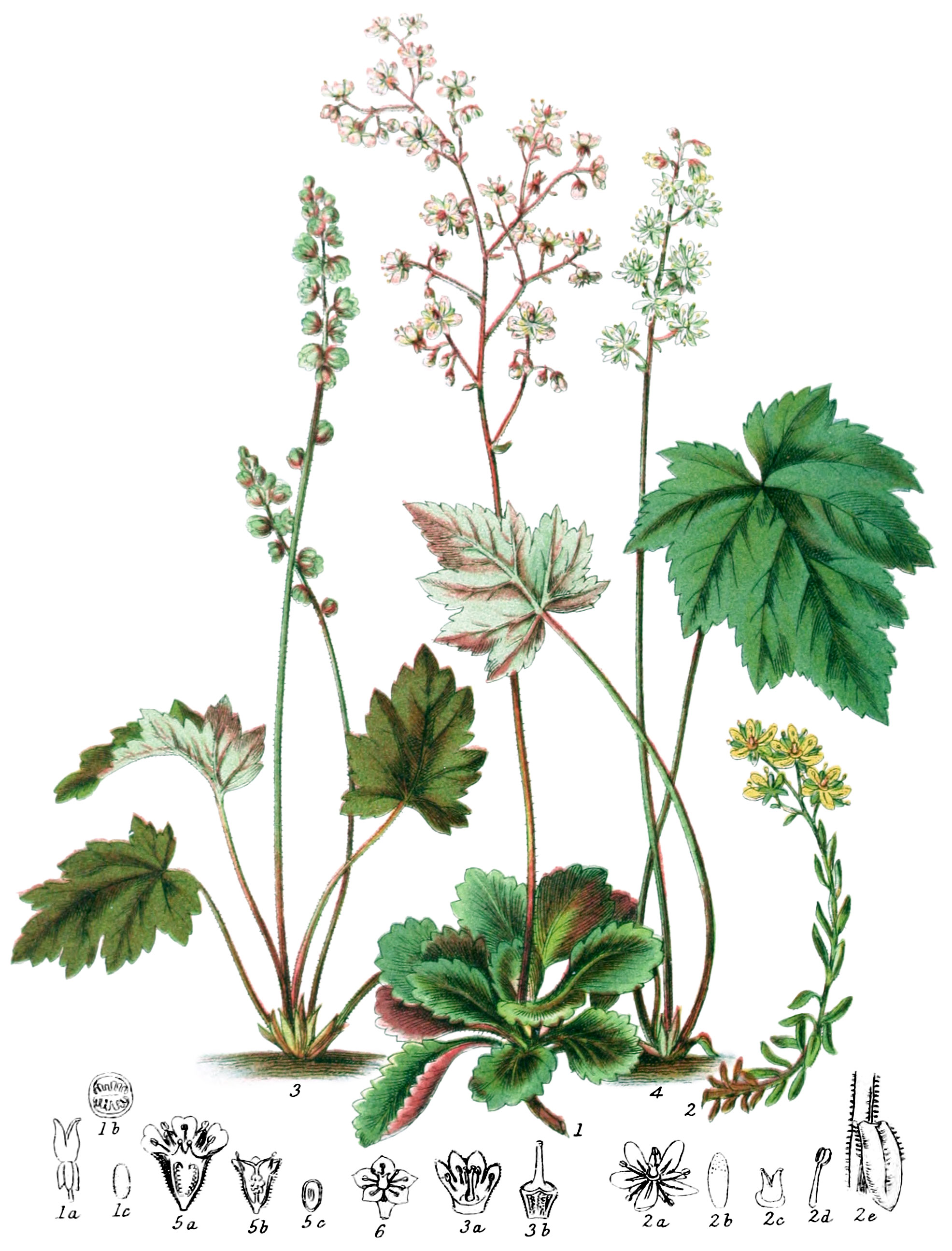 Herbaceous plants, nearly all of which are perennial, having fibrous or granular roots, often growing in spreading patches; the leaves are either whole at the edges or divided, alternate, with or without stipules. The flower-stems are simple, usually without leaves; the calyx is either above or below the ovary, and has four or five sepals, which are united more or less at their base. The petals are five, or wanting as in Chrysosplenium (6), inserted between the lobes of the calyx, or beneath the ovary. The stamens are either five in number and alternate with the petals, or they are ten, five usually of a smaller size and later in arriving at perfection, being opposite the petals; the filaments are awl-shaped, fixed to the calyx, or beneath the ovary; the anthers are two-celled, bursting either by pores or chinks lengthwise. The disk is sometimes obsolete, sometimes annular or notched, rarely composed of five scales. The ovary is composed usually of two carpels, cohering more or less, diverging at the top; sometimes two-celled, with a central column, sometimes one-celled, having a projection on which the seeds are placed, at each seam of the carpels. The styles are in some cases nearly obsolete, the stigmas being on the tips of the carpels. The fruit is a membranous capsule, the cells separating when ripe; the seeds are numerous, very minute, containing fleshy albumen, usually with long hexagonal reticulations on the transparent covering.

These plants have close affinity with the Rose tribe, but are distinguished by the partially united carpels, and the seeds containing albumen.

Slightly astringent properties exist in some of the plants of this tribe.

This Tribe inhabits the mountainous tracts in Europe, the northern countries of Asia and North America; some species exist on the Andes of South America, and at the Straits of Magellan: none are natives of the Tropics.

*5 was mentioned in the original description but only 5a, 5b, and 5c were illustrated.