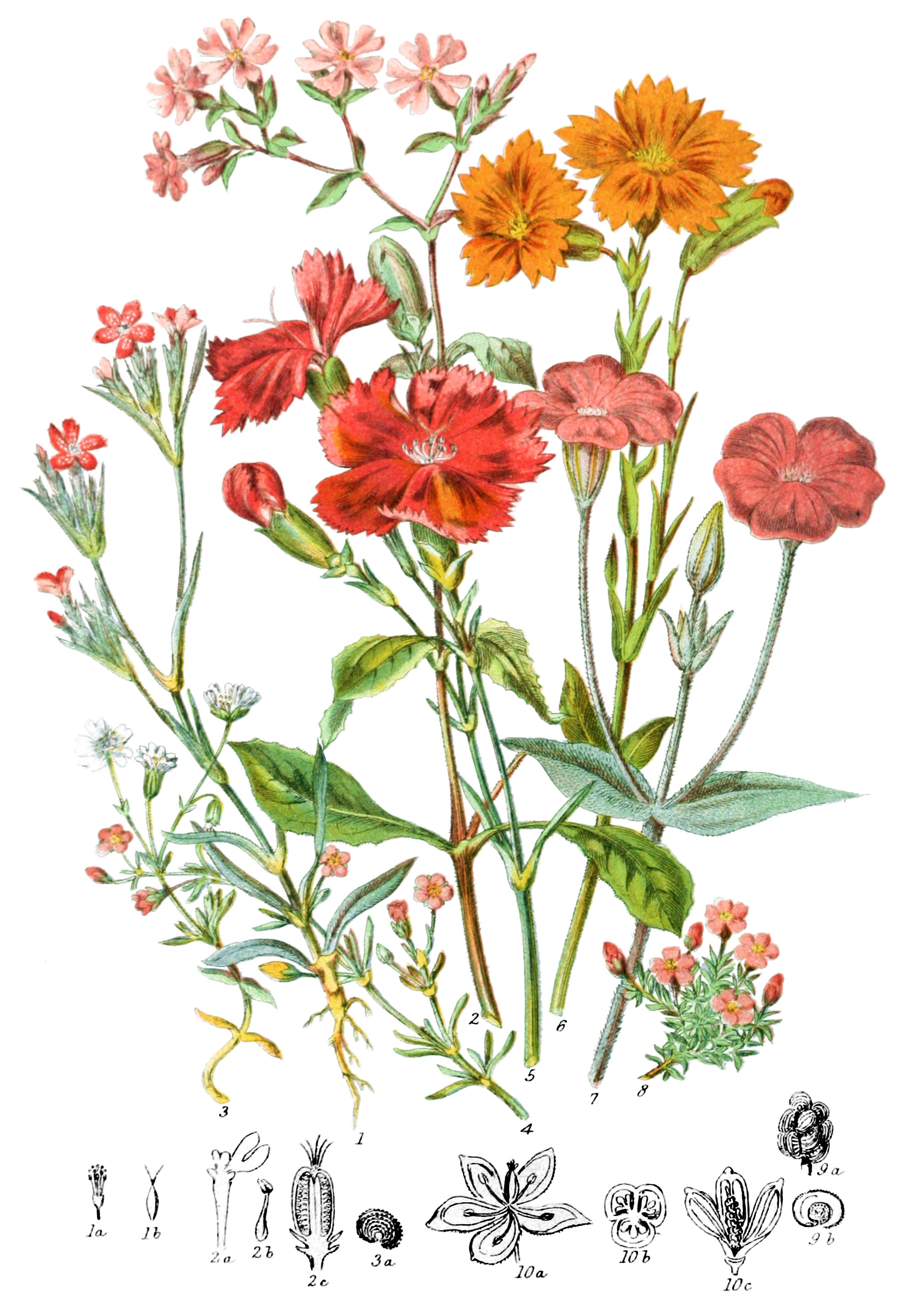 Herbaceous plants, occasionally becoming partly shrubby at the base; the stems are enlarged at the joins. The leaves are always opposite, often united at their base, entire at the edges. The calyx has four or five sepals continuous with the flower-stalk, persistent, distinct, or cohering in a tube. The petals are four or five inserted upon the short stalk of the ovary, frequently deeply cleft, often having scales, which form a crown at the top of the tube: occasionally the petals are wanting, as in Mollugo (10).* The stamens are usually twice as many as the petals; the filaments are sometimes united in a set, awl-shaped, the anthers fixed on the point, two-celled, opening longitudinally. The ovary is composed of from two to five carpels, and is placed on a small stalk; the stigmas are from two to five, thread-like, rough on the inner edge, the ovules few or many. The capsule is from two to five-celled, with a cental plate either free in the one-celled capsule, or adhering slightly to the edges of the valves in the five-celled capsules. The seeds are indefinite, rarely few, kidney-shaped, having a crustaceous exterior, and mealy albumen within.

These plants have some affinity with the Saxifrage tribe, and resemble the Portulaceæ in may points.

Insipidity is their chief character; a few are saponaceous.

This Tribe is found in the Temperate and cold regions of the globe, in various localities; in the Tropics, on lofty mountains; on the Alps, ascending to the limits of perpetual snow; on the plains of Lapland, forming a considerable portion of the vegetation. Mollugo is the most tropical genus.