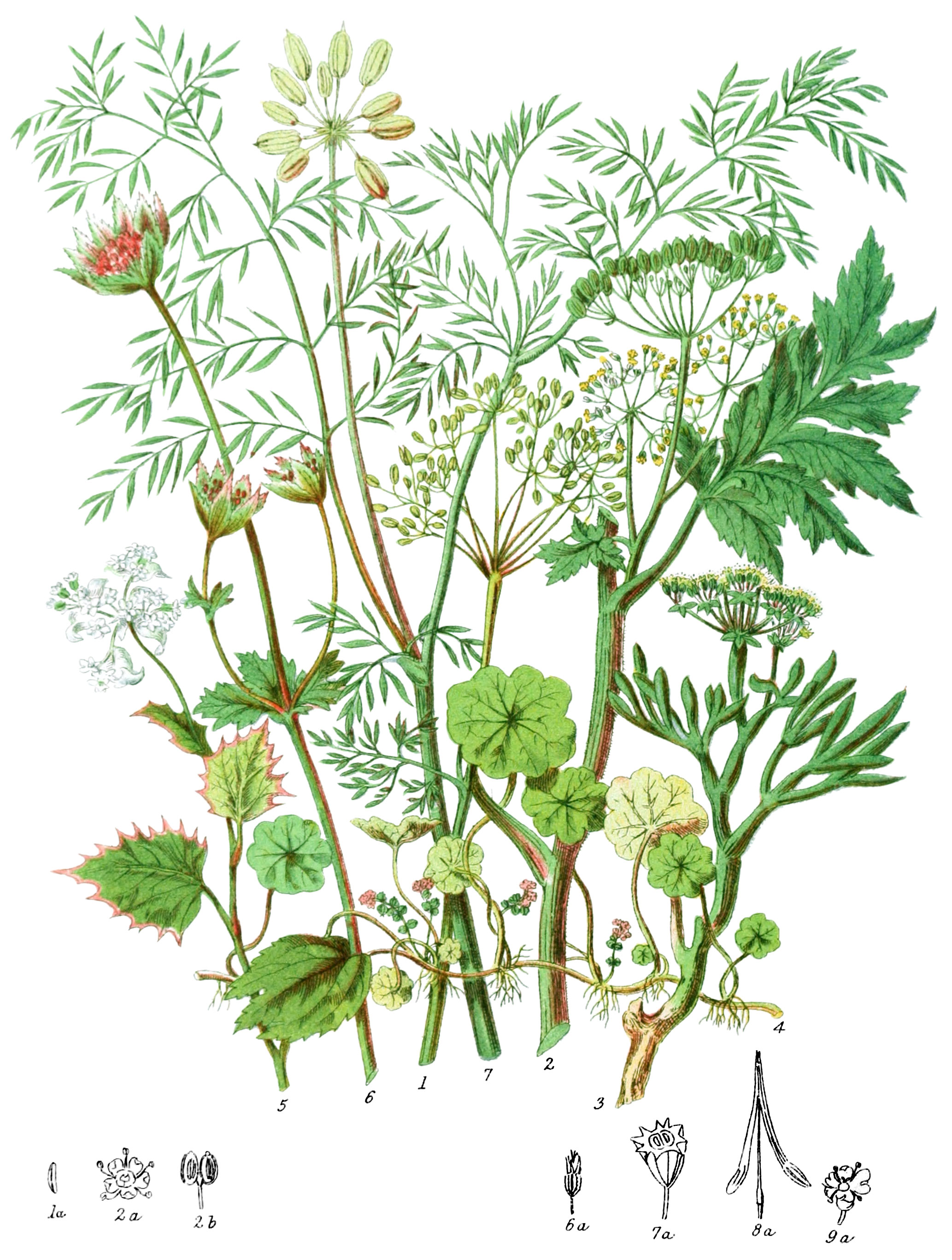 Herbaceous plants, and a few undershrubs, with solid or hollow furrowed knotted stems, containing occasionally milky juice. The leaves are usually divided, sometimes simple, with parallel veins, the leaf-stalk usually expanded into a wide sheath at the base. The flowers grow in umbels, generally surrounded by an involucre at the base: the calyx is above the ovary, either whole at the edge or having five teeth. The petals are five, inserted on the outer rim of a fleshy nectariferous disk, often bent inwards at the point, the outer petals sometimes the largest (9).* The stamens are five, alternate with the petals, curved in whilst in the bud. The ovary is below, crowned by the disk; it contains two cells, with a solitary pendulous ovule in each; the styles are two, distinct, persistent, with simple stigmas. The fruit is composed of two carpels, separable from a slender central axis, sometimes having a long bristly beak (8);† each carpel has elevated ridges, between which are linear receptacles of essential oil; the seed usually adheres to the covering, and contains abundant horny albumen.

This order is most nearly allied to Araliaceæ, but is distinguished by the fruit separating into two parts, and by the seed adhering to its covering.

In the northern regions of the world, this Tribe inhabits various localities, from the low marsh to the highest hills. It is rare in the Tropics, except on mountains, scarcely seen on the plains of India, abundant on the Himalayas. A few genera are frequent in South America; a very few belong to Africa or Australia.