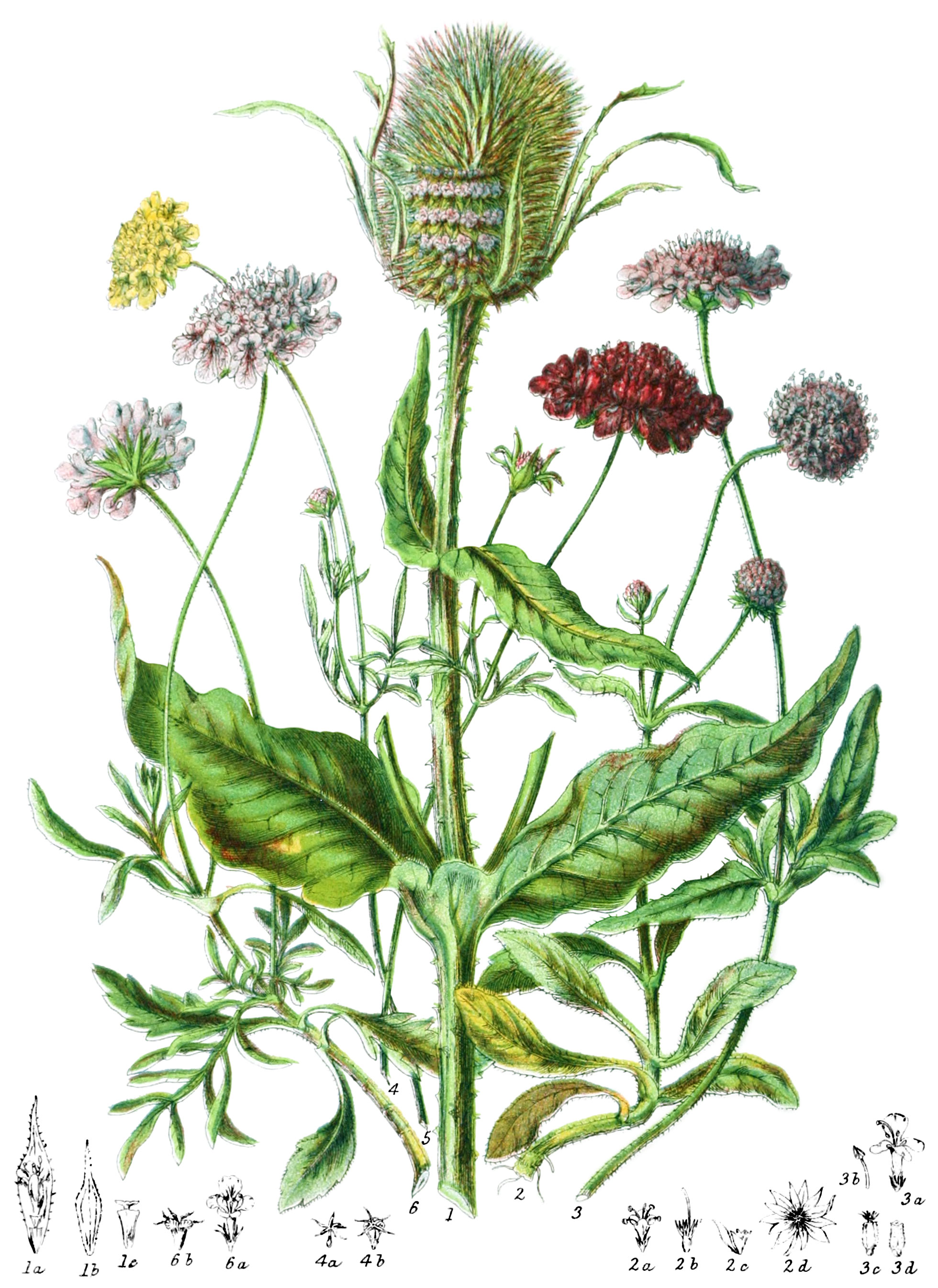 Herbaceous plants and under-shrubs. The leaves are opposite, or whorled: the flowers are collected into a head at the top of the stalk, surrounded by many-headed involucre; the calyx is adherent, membranous, slender, surrounded by a scarious involucel: the flower is of one petal, tubular, inserted in the calyx, parted at the summit into four or five lobes: the stamens are four, alternate with the lobes of the corolla: sometimes half of them are imperfect: the anthers are distinct: the ovary is one-celled, with one ovule: the style is single: the stigma simple: the fruit is dry, one-celled, closed, crowned by the star-like calyx: the seed contains a small prtion of fleshy albument.

The distinct stamens of these flowers distinguish them from those of the Composite tribe, with which they have much affinity.

The properties are unimportant.

The plants of this small Tribe are chiefly natives of the South of Europe, the Levant, Barbary, and the Cape of Good Hope, not advancing into hot or cold regions; most abundant in the Temperate climates of the Old World; unknown in America. None belong to the plaints of India, but sevearl are natives of the Himalaya at moderat elevations.

*6a and 6b were not named in the original description.