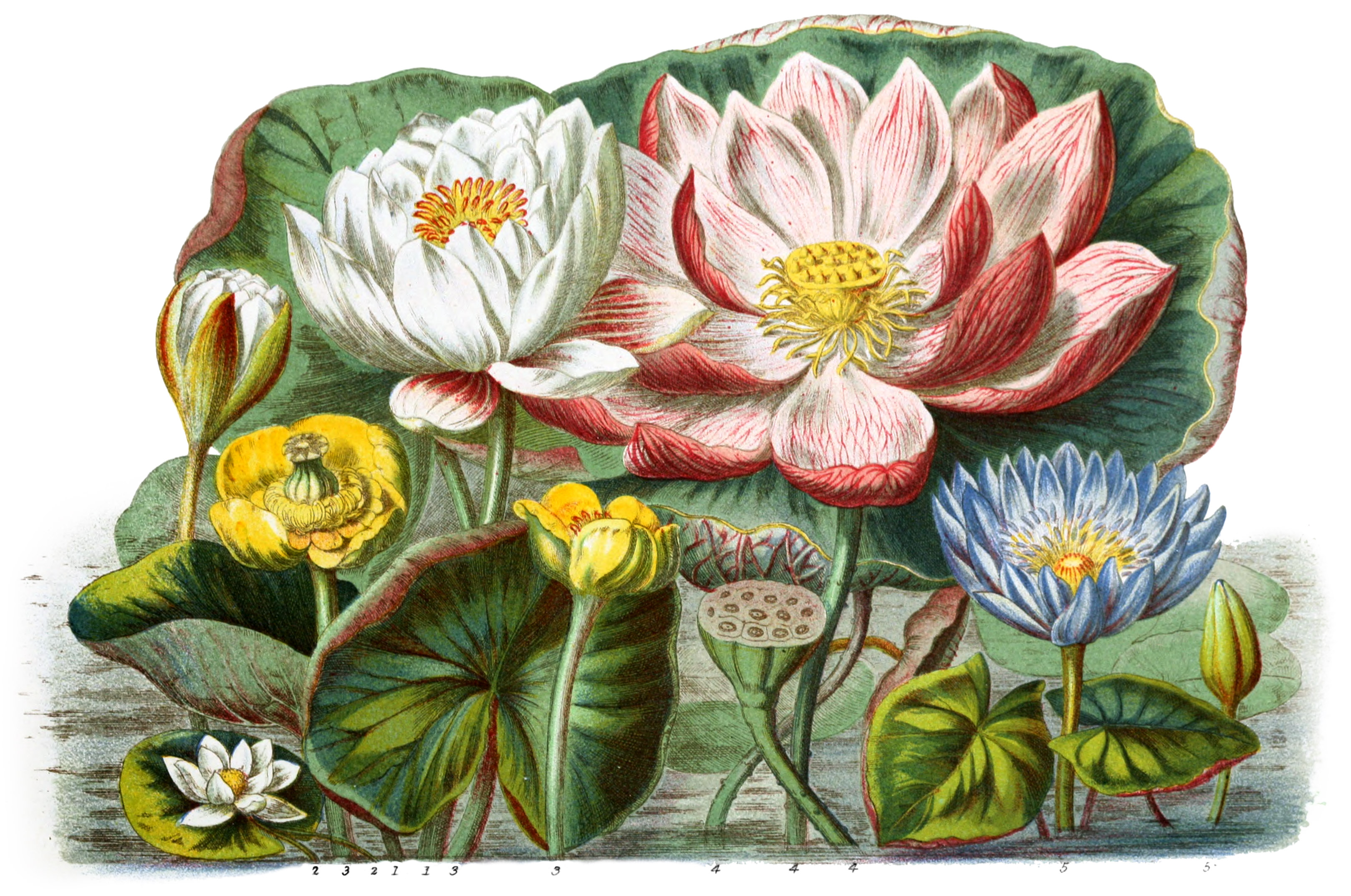 All herbaceous plants, growing from a prostrate stem in quiet waters, having leaves of a thick substance, either heart-shaped or of a peltate form, attached to the leaf-stalk by the centre. The young leaves are usually rolled inwards; when fully grown they lie perfectly flat on the surface of the water, or else rise up above it. The flowers are composed of four or five sepals, and numerous petals, some of which pass gradually into stamens: both petals and stamens are inserted into the large fleshy disk which surrounds the ovary, except in Nelumbium, where they are placed in several rows at the base of the disk. The filaments of the stamens are of a petal-like form; the anthers burst inwardly by a double longitudinal cleft. The ovary contains many cells and numerous seeds, sumounted by the radiating stigmas. In Nelumbium the ovary is very large, and rises high in the centre of the flower, having on its summit several short styles and simple stigmas. The nuts, containing one, rarely two seeds each, lie hafl-buried in the hollow cells until they are ripe, when they become loose, and fall out. The seeds of Nymphea and Euryale are enveloped in an arillus.

The radiating stigmas on the summit of the enlarged seed-vessel, and a narcotic milky juice, are connecting links with the Poppy tribe; the dilated disk of some kinds of Peony resembles partly that of Water-lilies, thus forming a link with the Crowfoot tribe.

India is the principal station of this Order, all except Nuphar being found there. Nelumbium is the most abundant genus of the East Indies. Some inhabit the still waters of the temperate and tropical regions of the whole northern hemisphere, both of the Old and the New World; a few grow in the southern hemisphere, at the Cape of Good Hope and elsewhere. Victoria is the representative of the Order in South America.