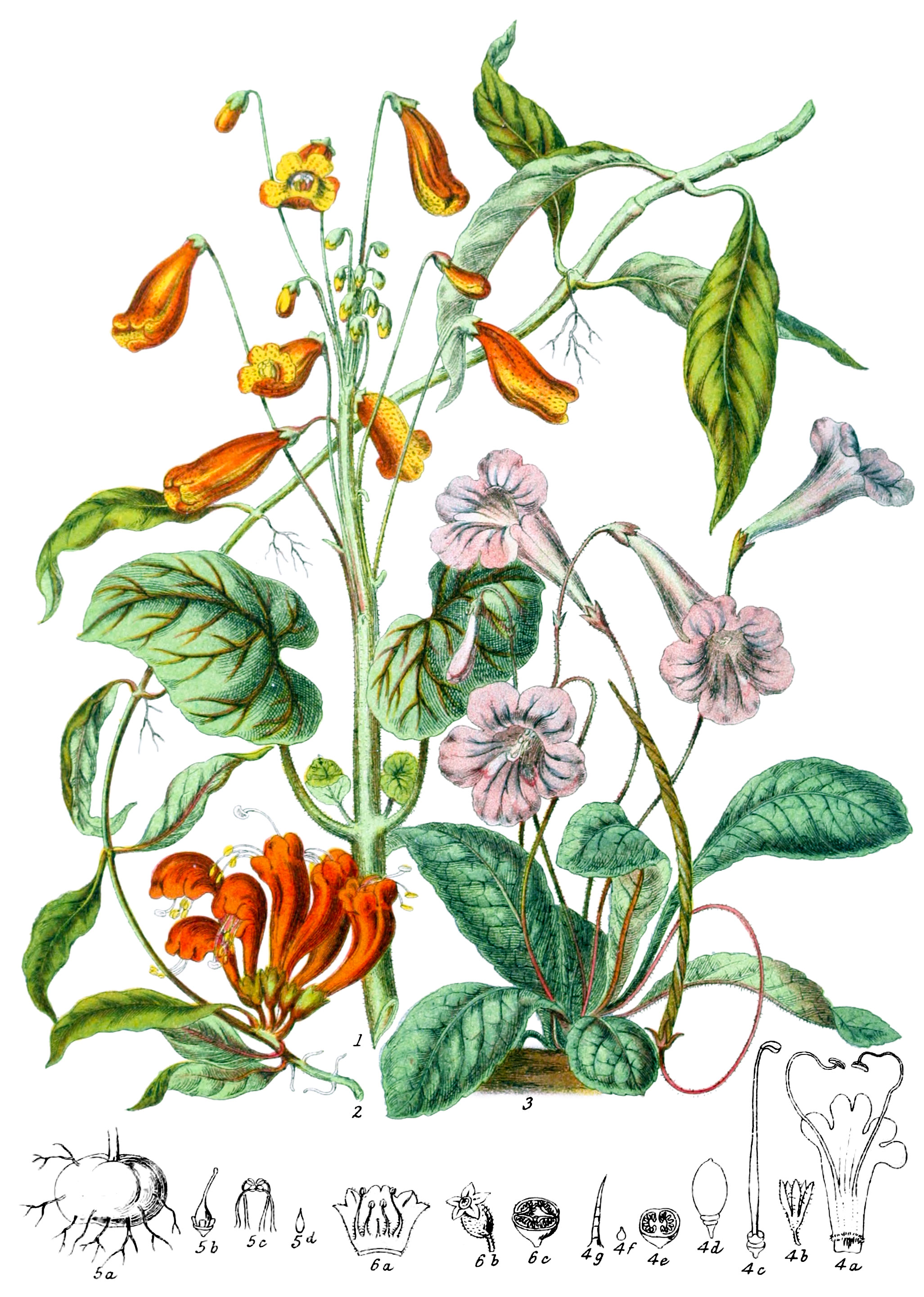 Shrubs and herbaceous plants, of a somewhat fleshy nature, and soft wood; sometimes having a climbing or creeping habit: some have tuberous roots. The leaves are generally rough or downy, without stipules, generally opposite, or in circles on the stalks. The flowers are usually in branching cluster, or panicles, rarely solitary. The calyx is partly adherent to the ovary, five-parted at the top. The corolla is composed of one petal, tubular, more or less, irregular, five-lobed. The stamens are two or four, one pair longer than the other; the rudiment of a fifth is sometimes present between the short pair: the anthers often cohere, are two-celled, and have an enlarged connective between the two lobes. The ovary is half above the calyx, one-celled, with two fleshy two-lobed projections from the edge; the disk is a fleshy ring studded with glands; the styles is continuous with the ovary, the stigma capitate or concave. The fruit is a dry capsule in Gesnera or succulent in Cyrtandra; one-celled, with numerous minute seeds fixed to the projecting plates: their outer covering is thin, with fine veins, sometimes clothed with long hairs, or bordered with a wide wing: they contain fleshy albumen, or none.

These plants have some affinity with Campanulaceæ, and in an outward appearance they partly resemble Bignoniaceæ.

Slightly aromatic and muscilaginous properties exist in a few of the fruits.

This Tribe is dispersed in each portion of the world, but in very different numbers. Gesnera and its immediate allies belong entirely to the Tropical and hot regions of America. Other genera are natives of Asia; Streptocarpus of the Cape of Good Hope; Fieldia of Australia; Ramondia and Haberlea are found in Europe.

*4 was mentioned in the original description but only 4a–4g were illustrated.