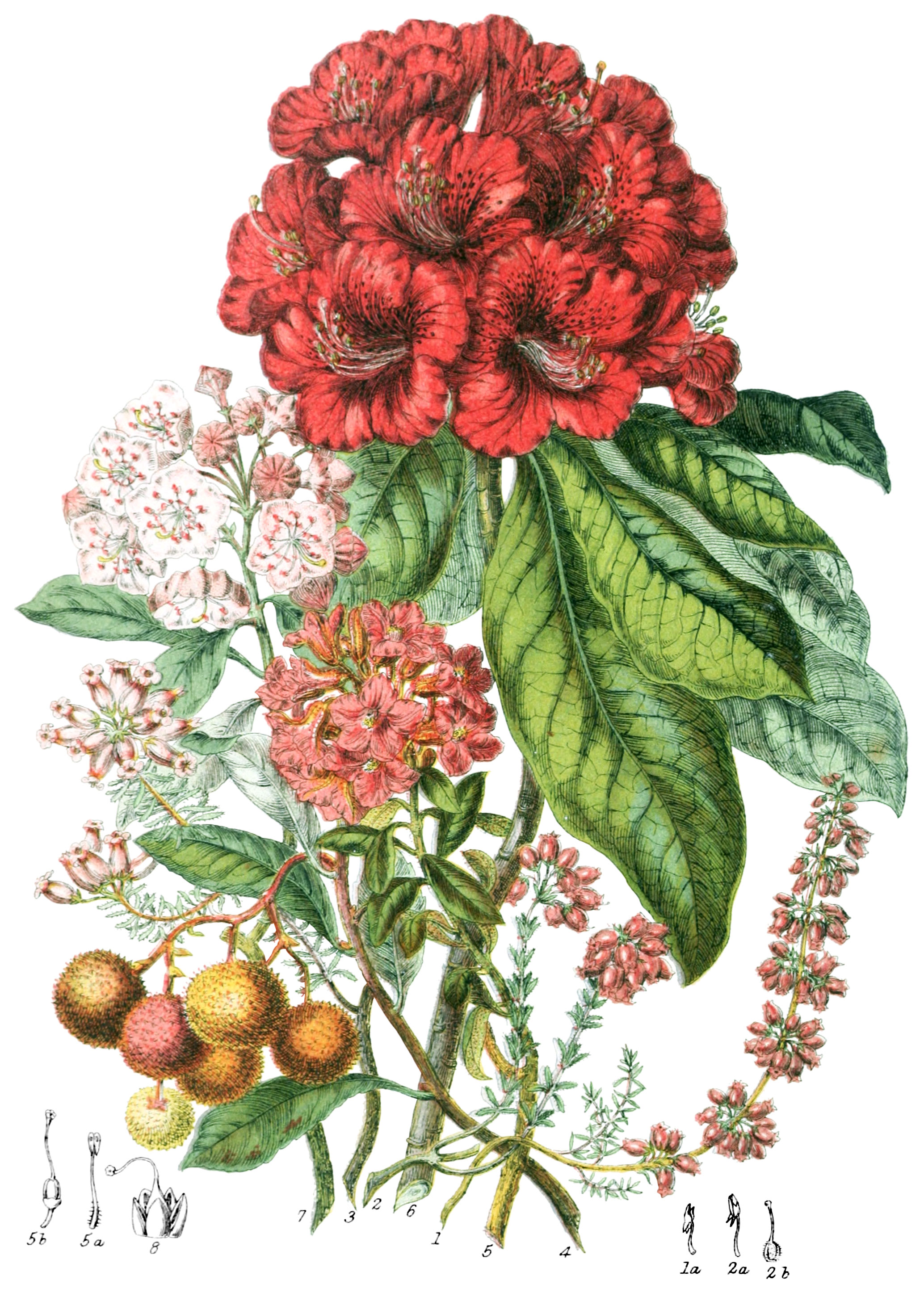 Trees, shrubs, and undershrubs; the leaves are evergreen, entire, whorled or opposite, without stipules. The inflorescence is variable, the flower-stalks generally have small bracts at their base. The calyx is four or five cleft, nearly equal, placed below the ovary, and persistent. The corolla is of one petal, four or five cleft, like the calyx, occasionally separable into four or five petals, regular or irregular. The stamens are equal in number to the divisions of the corolla, or twice as many; the anthers are two-celled, separate either at the apex or base by the disk, or secreting scales; the fruit is a capsule, many-celled, and many-seeded, opening in various ways, rarely a berry, as in Arbutus; the seeds are minute.

This extensive tribe may be divided into two sections. The true Heaths are amongst the most delicately beautiful of plants, but have scarcely any valuable properties; only a few of the succulent berries of some genera are eatabl. Rhododendron and its allies are noble ornaments of the countries where they grow naturally, and contribute highly to the embellishment of those to which they have been transplanted; in this section dangerous narcotic qualities prevail.

This Tribe is dispersed in the greatest abundance in South Africa and North America; in Europe it is common, but limited to a few species; in South America it is found both within and beyond the Tropics; it abounds less in Northern Asia and India, and is alomst unknown in Australia. When found in Tropical regions, it exists only on mountains. Erica covers vast tracts at the Cape of Good Hope, to which by far the greater number of species especially belong. Befaria is peculiar to the mountains of South America.