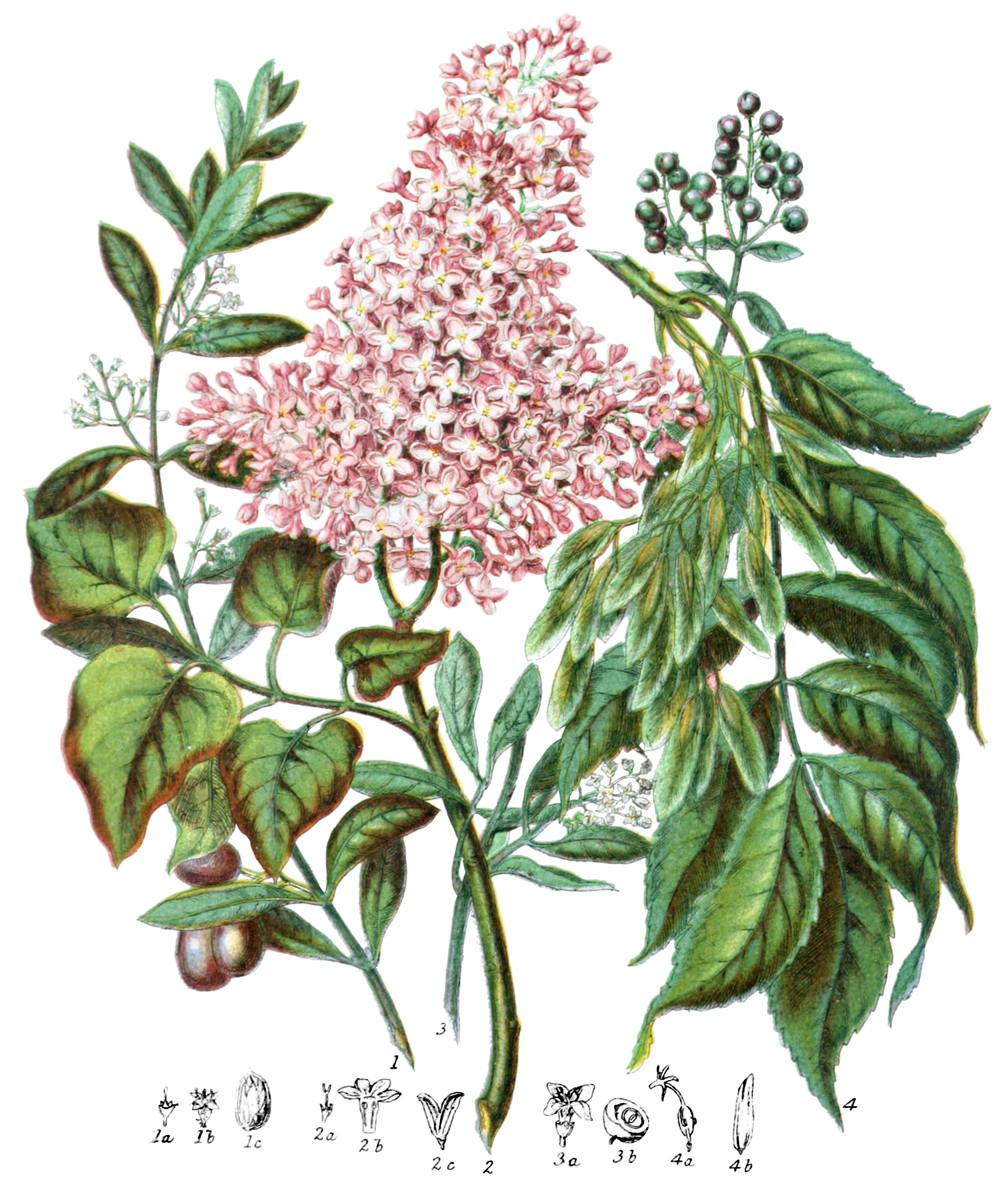 Trees and shrubs, with branches usually forked, and ending abruptly by a conspicuous leaf-bud. The leaves are opposite, simple, sometimes pinnated, as in the Ash. The flowers grow in racemes or panicles; the flower-stalks placed opposite each other with a single bract at the base. The flowers are either perfect, or have stamens and pistils on different flowers. The calyx is divided, persistent, below the ovary; the corolla is of one petal, four cleft at the top, occasionally of four petals connected in pairs by the intervention of the filaments of the stamens; sometimes the corolla is wanting. The stamens are generally two, in Tessandra they are four, alternate, with the divisions of the corolla, or with the petals; the anthers are two-celled, opening longitudinally. The ovary is simple, without any disk, two-celled, the cells two-seeded: the style is simple, or wanting; the stigma bifid or undivided. The fruit is eithe a drupe as in Olea; a berry as in Ligustrum; a capsule as in Syringa; or a winged samara, as in Fraxinus; often with only one perfect cell; the seeds have fleshy abundant albumen.

This tribe has, in many respects, affinity with the Jasmine tribe.

The chief character is the oil contained in the fleshy portion of the fruit instead of in the seeds.

The plants of this Tribe are chiefly natives of Temperate climates, approaching towards the Tropics, but scarcely found beyond 65° of north latitude. Fraxinus abounds in North America and Europe; Phyllirea and Syringa belong to Asia and Europe; one species is a native of Nepal; a few species have been discovered in Australia.