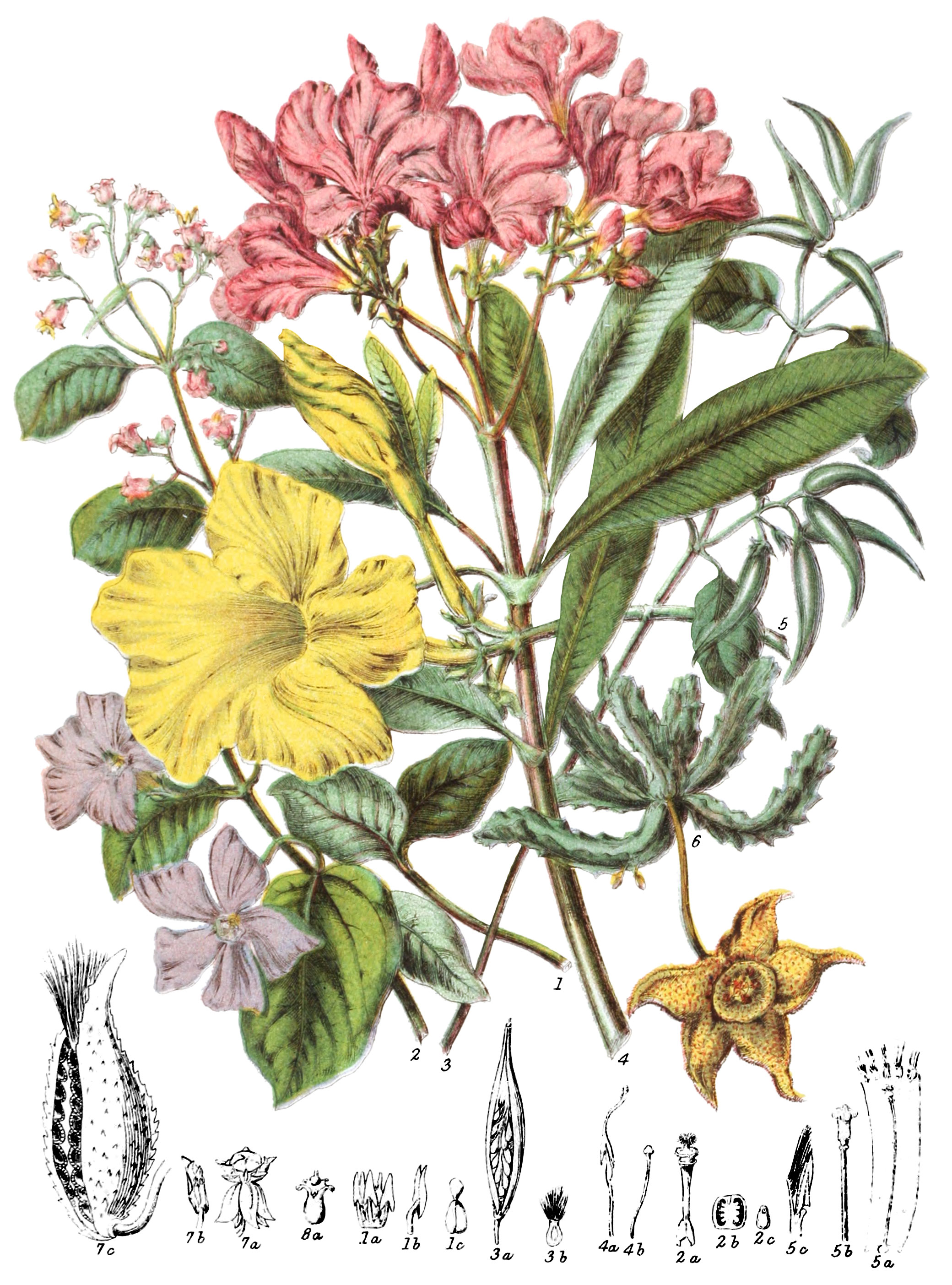 Trees, shrubs, and a few herbaceious plants, usually with milky juice, often of a climbing habit. The leaves are opposite, sometimes alternate, or in circles on the stem, entire at the edges, without stipules, but having hairs or glands upon or between the leaf-stalks. The flowers generally grow from between the leaf-stalks. The calyx is five-parted; the corolla of one petal is attached to the base of the ovary, often having scales at the throat, five-lobed, twisted or folded over in the bud. The stamens are five, placed on the corolla, alternate with its segments; the filaments of Apocynum are distinct; of Asclepias and others, combined; the grains of pollen are distinct in general, but double in masses in Asclepias; the ovaries are two, with two styles, and one stigma, contracted in the middle in Apocynum, five-cornered with glands at the angles in Asclepias. The fruit is a follicle, capsule, drupe, or berry, double or single; the seeds are numerous, usually hairy at the scar, with thin, fleshy, or cartilaginous albumen.

This Tribe has affinity with the Gentianaceæ, but the form of the stigma is an obvious distinction, as well as the milky juice.

A great variety is found in this tribe; some species are remarkable for brilliant flowers; others, for the succulent leafless stalks; some are slender herbs, others have a large twisted stem coiled on the ground before rising upwards.

The Tropics is the chief station of these plants; most abundant in Asia. Asclepias belongs to North America. Vast numbers of Stapelia grow in barren tracts of South Africa; one species alone is a native of Sicily. Cynanchum has a wide range between 59° of N. latitude and 32° of S. latitude. Apocynum extends northwards into Europe, Vinca into England.