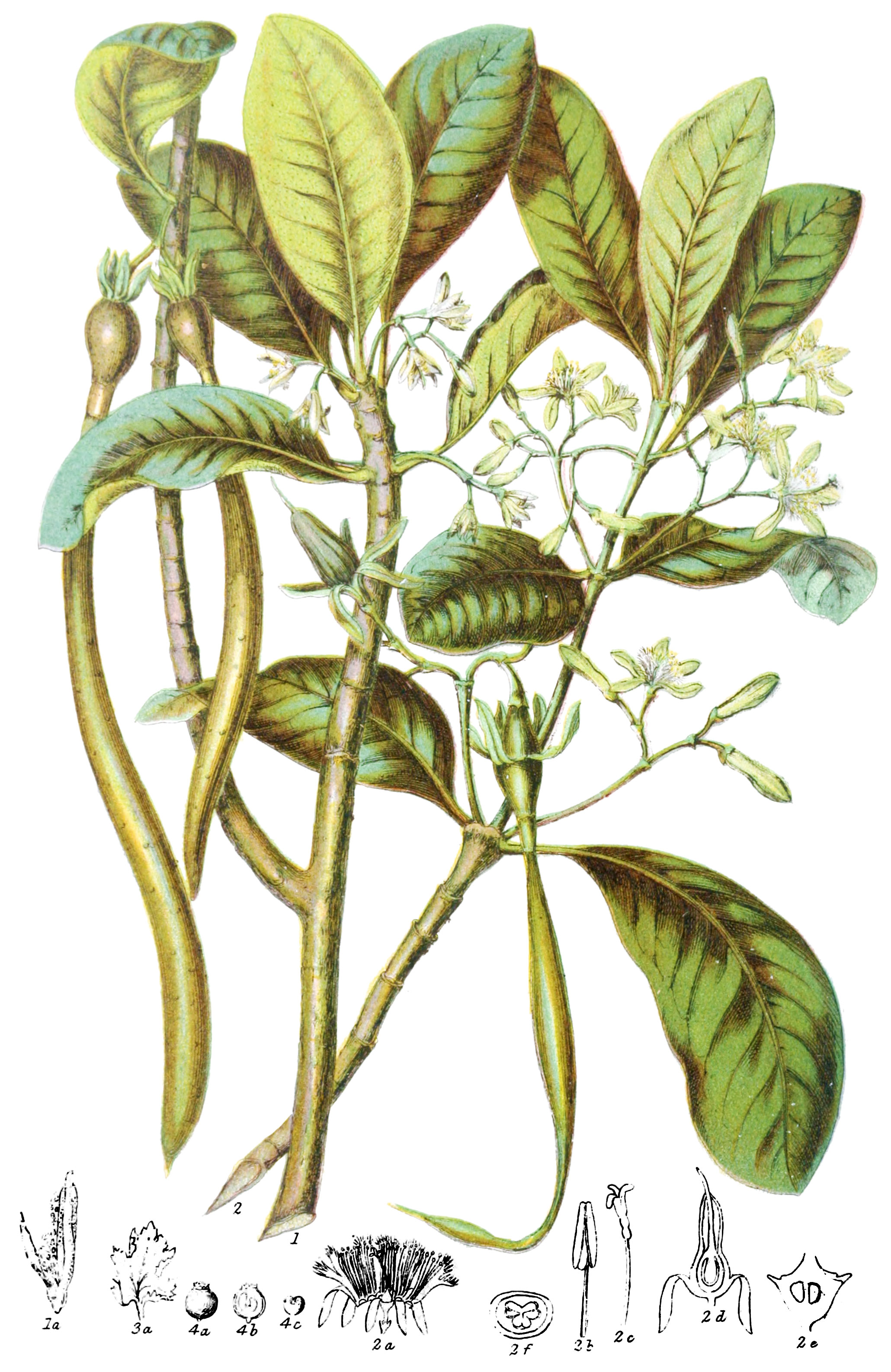 Trees and shubs, the leaves of which are simple, opposite, sometimes dotted beneath, entire at the edges, or toothed, with convolute deciduous stipules between the leaf-stalks. The flowers grow at the ends of the branches, or at the base of the leaf-stalks; the calyx is surrounded at its base by a cup-shaped bract; the lobes are valvate in the bud, and are from four to twelve in number; occasionally all cohere at their points and edges. The petals arise from the calyx, are equal in number to its lobes, and alternate with them. The stamens grow from the calyx with the petals, and are either twice or thrice their number, or nerous; the filaments are distinct, the anthers erect. The ovary is two, three, or four-celled, each cell containing two or more ovules suspended from the top of the central angle. The fruit is closed, crowned by the calyx, one-celled and one-seeded. The seed is pendulous, contains no albumen. The radicle is very long, piercing the fruit when mature, and descending to the ground.

This singular Tribe has affinity in structue with some allies of the Myrtle Tribe, with Belvisiaceæ in its wood, and with several others, but it is clearly distinguished from all by the seed growing in the fruit, with a single exception of Ægiceras in Myrsinaceæ.

The bark is generally astringent.

This singular Tribe inhabits the shores of the Tropics; Carallia penetrates into the north of India.

*4 was mentioned in the original description but only 4a–4c were illustrated.