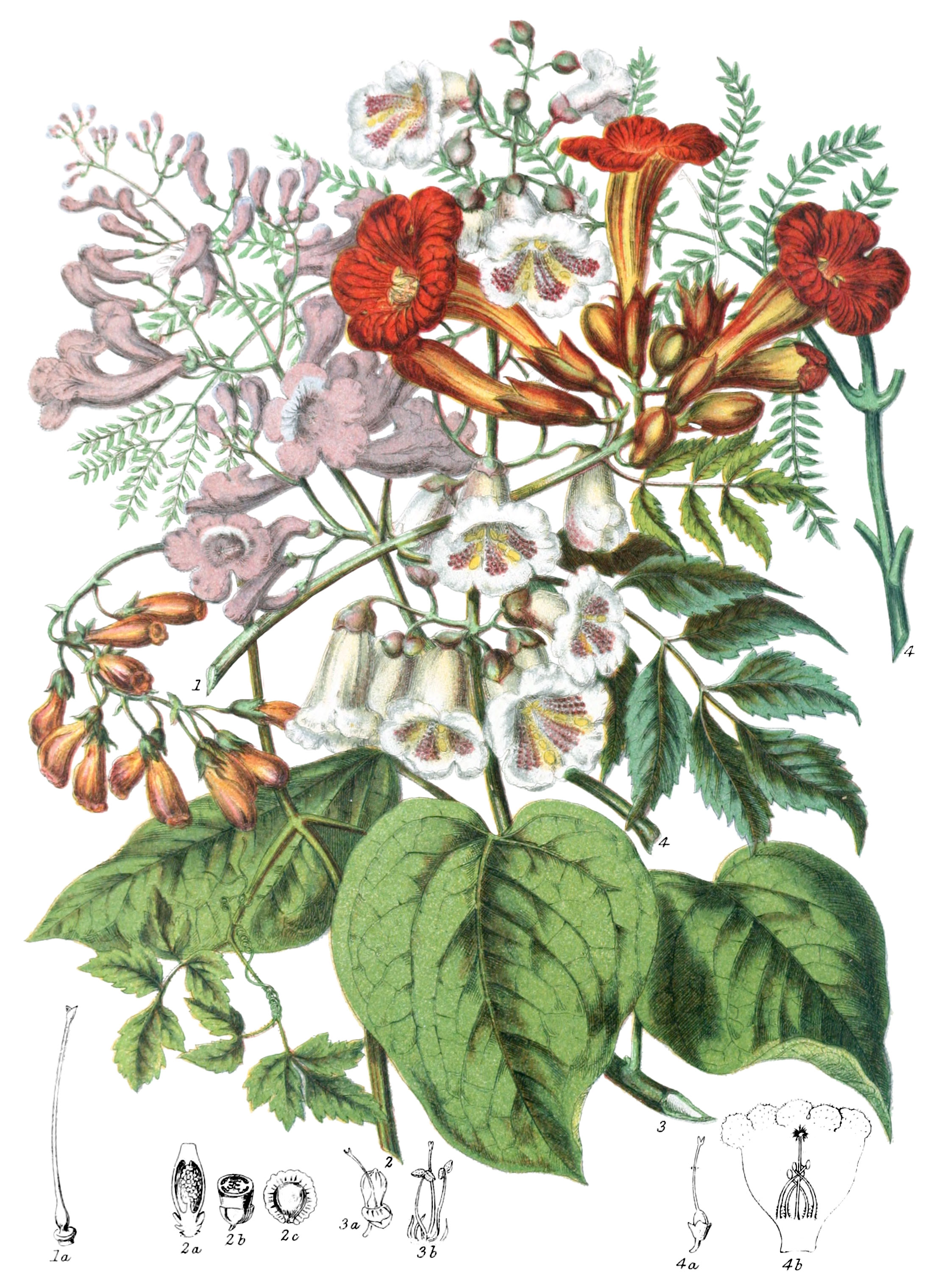 Trees, shrubs, and a few herbaceous plants; often twining or climbing. The leaves are opposite, very rarely alternate, compound or someitmes simple, without stipules, often with tendrils. The flowers are at the ends of branches, in loose panicles. The calyx is entire or divided, sometimes a kind of sheath. The corolla is of one petal, attached to the base of the ovary, usually irregular; four or five-lobed. The stamens are five, of unequal length, one or three imperfect; the anthers are two-celled. The ovary is placed in a disk, two-celled, or partially four-celled, containing many seeds. The style is single, the stigma is formed of two plates. The capsule is two-valved, two-celled, often long and compressed, sometiems imperfectly four-celled. The two plates bearing the seeds meet in the axis and unite in Bignonia; in Eccremocarpus they adhere exclusively to the edges of the carpels. The seeds are transverse, compressed, winged, without albumen.

This Tribe is related to several others of similar appearance in inflorescence, but the winged seeds fixed to a plate distinguish it from all.

Bitter and muscilaginous properties exist in the bark.

The plants of this Tribe adorn the Tropical countries of both hemispheres; some extend to the north as far as Pennsylvania in North America; others southwards to the southern parts of Chile in South America. None belong to Europe.

*1a was mentioned in the original description but not illustrated.