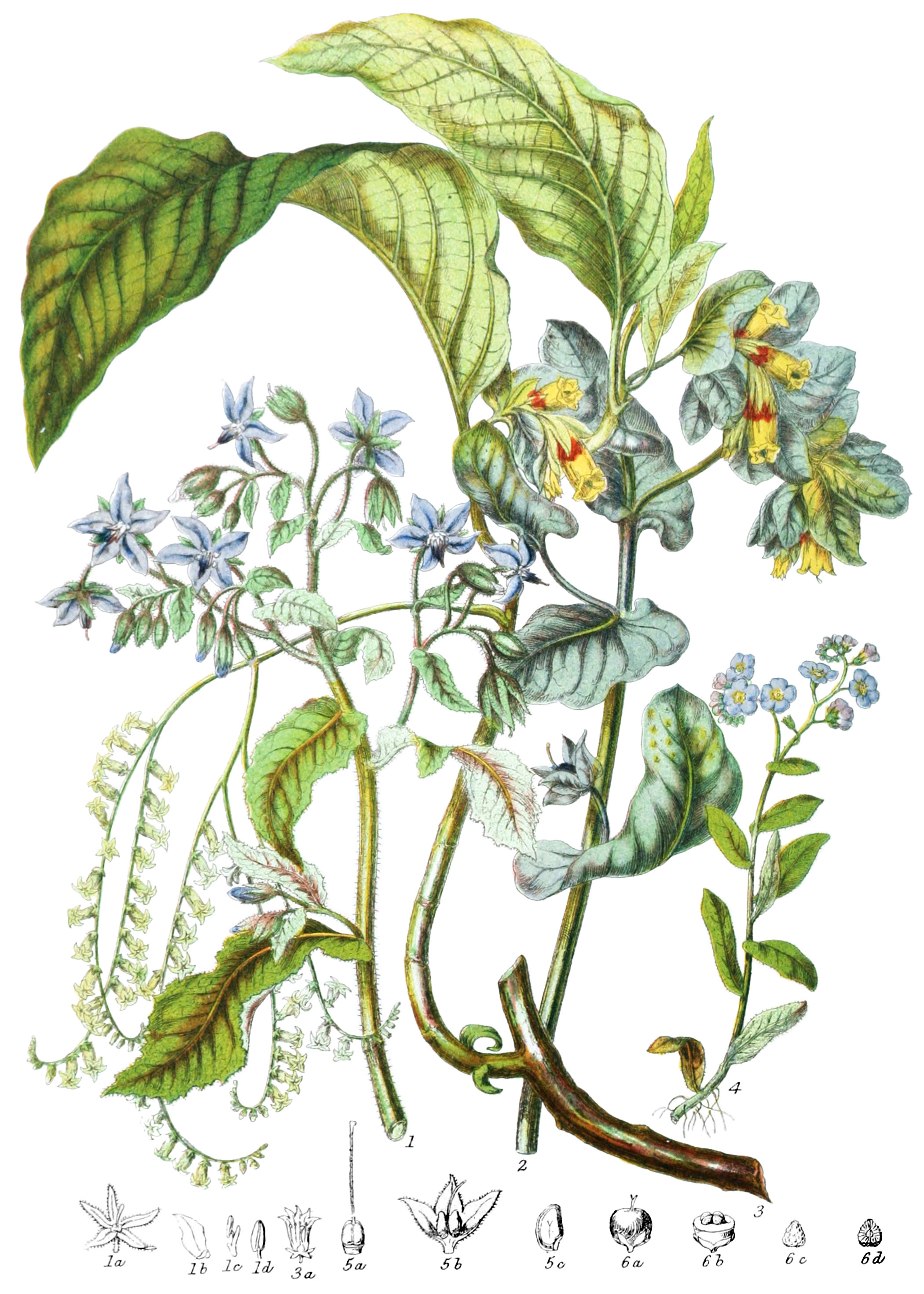 Trees, shrubs, and herbaceous plants, with round stems. The leaves are alternate, simple, often covered with rough hairs growing out of a hard base; without stipules. The flowers grow on one-sided spikes, or racemes, or panicles, sometimes solitary from the base of the leaf-stalk. The calyx has four or five divisions, and is persistent. The corolla is of one petal attached ot the base of the ovary, tubular, the upper part divided into as many segments as the calyx. The stamens are inserted on the corolla, are equal in number with the segments, and alternate with them. The ovary is four-parted, and four -seeded; or two-parted and four-celled. The style is ismple arising from the base of the lobes of the ovary in Borago and others, termino in Heliotropium and Tournefortia; the stigma is simple or bifid. The seeds are distinct, four or two, separable from their covering, destitute of albumen. Those of Tournefortia are connected in a berry, and contain a small portion of albumen.

This Tribe is closely allied to the Nettle tribe, but has a regular corolla, a round not a square stem, and rough leaves without resinous dots.

This Tribe inhabits chiefly the Temperate countries of the Northern Hemisphere, is very abundant in South Europe and Central Asia, diminishing northwards. Heliotropium, Tournefortia, and others are principally Tropical trees or shrubs; a few only extending to South Europe, or in America as far as 45° north.

*6 was mentioned in the original description but only 4a–4d were illustrated.