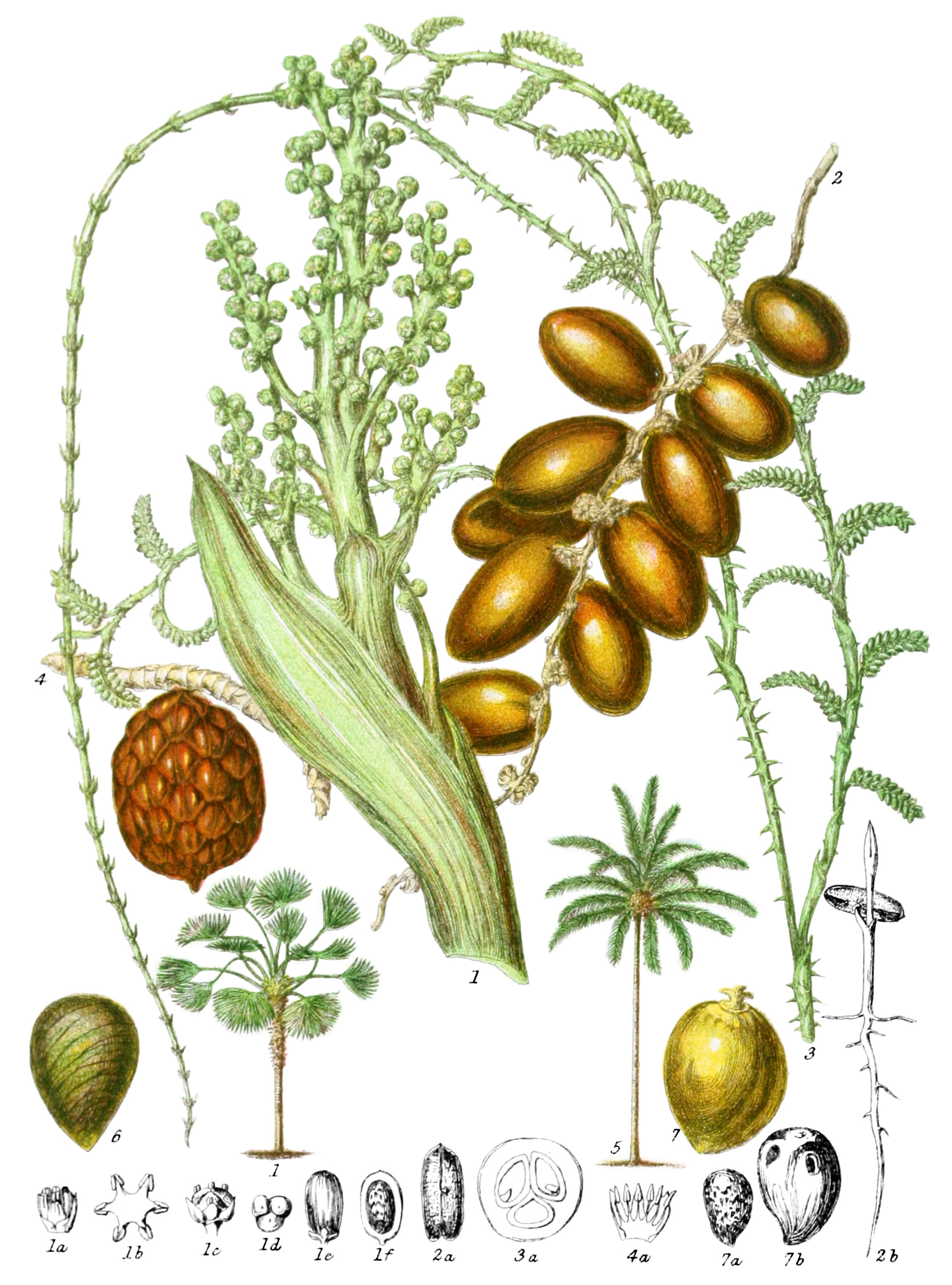 Trees with a simple stem, occasionally branching shrubs, rough with the bases of the leaf-stalks or their scars. Calamus has a long slender stem, sometimes armed with spines. The leaves are in clusters, terminal, usually very large, pinnate, plaited, fan-shaped, with parallel simple veins; sometimes wedge-shaped. The flowers are on a terminal scaly spadix, enclosed in a single or many-valved spathe, which is often woody. The flowers are small, having scaly bracts; the stamens and pistil are usually separate. The sepals are three, fleshy or leathery, persistent; the petals are three, the stamens inserted into the base of the corolla, usually six, seldom there. The ovary is free, usually composed of three carpels completely or partially united; the styles three. The fruit is a drupe, nut, or berry, often having a fibrous rind. The seed fills the cavity in which it grows, and contains cartilaginous albumen, in which is the embryo, its place indicated by a small swelling on the back of the seed (2a).

This Tribe has slight affinity with Pandanaceæ.

Oil, wax, farina, sugar, and salt exist in these trees.

This extensive Tribe is dispersed most abundantly in the Tropics of Asia and America, on the humid banks of rivers, on the shores of the ocean, on lofty mountains, and on plains. The limits of its range are 36° N. lat. in N. America and 38° S. lat. in New Zealand.