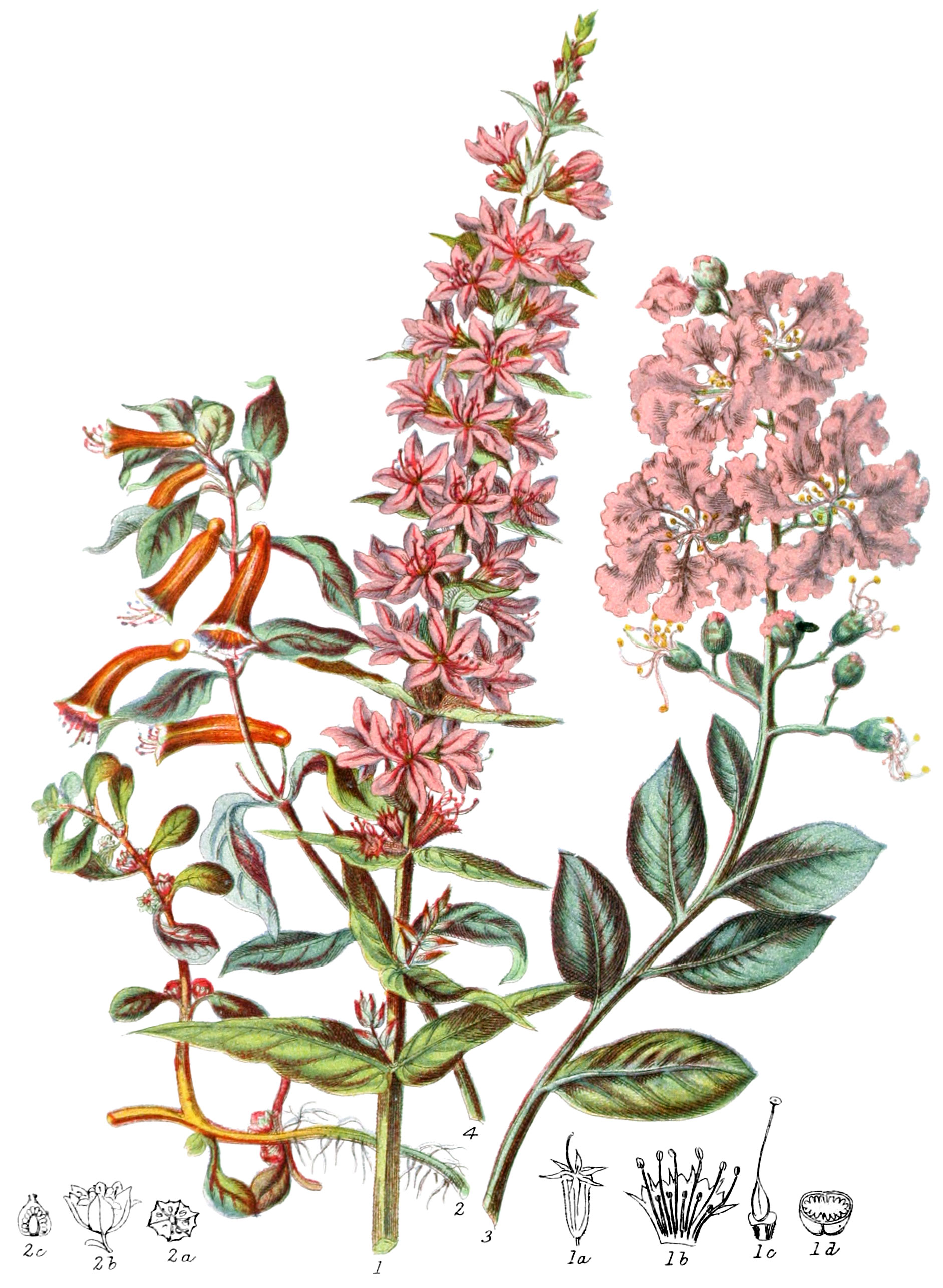 Almost all herbaceous plants, a few only shrubs. The branches are frequently quadrangular. Leaves opposite, seldom alternate, entire, without either stipules or glands, sometimes with glandular dots. Flowers solitary, or in clusters, regular, or irregular, growing from the base of the leaf-stalk, or in terminal spikes or racemes as the upper leaves diminish. The calyx is tubular, ribbed and plaited, often oblique; some of the lobes are in many cases longer than the rest. The petals are inserted between the outer lobes of the calyx, very soon falling off, sometimes wanting. The stamens are fixed in the tube of the calyx, below the petals, to which they are either equal in number, or twice, or even four times as many; the anthers are two-celled opening longitudinally. The style is slender; the stigma usually capitate. The capsule is membranous, covered by the calyx, gaping when ripe, containing numerous small seeds.

This order has most affinity with the Saxifrage tribe.

This Tribe is dispersed in various countries. Lythrum, like many other plants which grow in watery situations, extends over a wide range of the globe, being found in Europe, America, Asia, and Australia. L. Cashmerianum inhabits the shores of the Lake of Cashmere. L. Salicaria is found in New Holland, although at present no other species of this tribe has been discovered there. Grislea belongs to India, China, and South America; Ammannia to the hot countries of both hemispheres. Rotala, Pemphis, and Ameletia are spread over the peninsula of India and the islands of the Indian Ocean. Lagerstrœmia and its allies are all natives of India or South America.