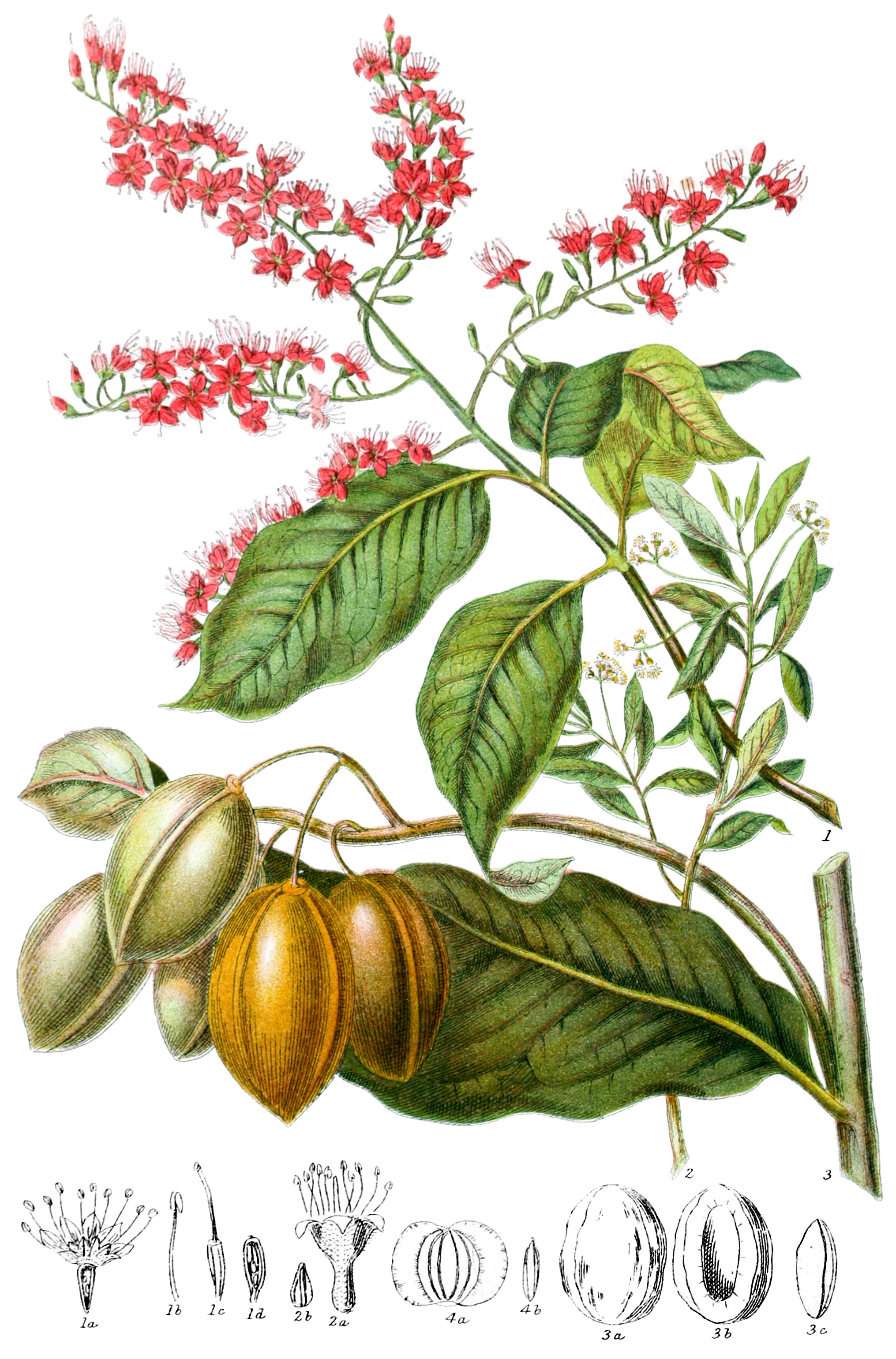 Trees and shrubs; the leaves are alternate or opposite, without stipules, entire at the edge; the leafstalk has sometimes two glands at the end. The spikes of flowers grow at the ends of the branches, or proceed from the base of the leafstalks. The calyx is adherent in the lower part, with a four or five lobed limb, which falls off. The petals arise from the orifice of the calyx, and are alternate with its lobes, often wanting, as in Terminalia (2). The stamens grow from the upper part of the calyx, and are twice as many as its segments; very rarely equal to them in number. The filaments are distinct, awl-shaped. The anthers are two-celled, bursting lengthwise, or by recurved valves, as in Gyrocarpus. The ovary is one-celled, with from two to four ovules suspended by cords from the top of the cavity; the style is single, the stigma simple. The fruit is a drupe, a berry, or a nut, one-celled; usually one-seeded, closed, often winged. The seed is pendulous, without albumen.

These plants have considerable affinity with the Myrtle tribe, especially with the Pomegranate.

Astringent properties prevail in the bark and fruit.

The chief trees and shrubs of this Tribe belong exclusively to the Tropical regions of Asia, Africa, and America, and do not extend beyond them. Nyssa belongs to the United States of America.