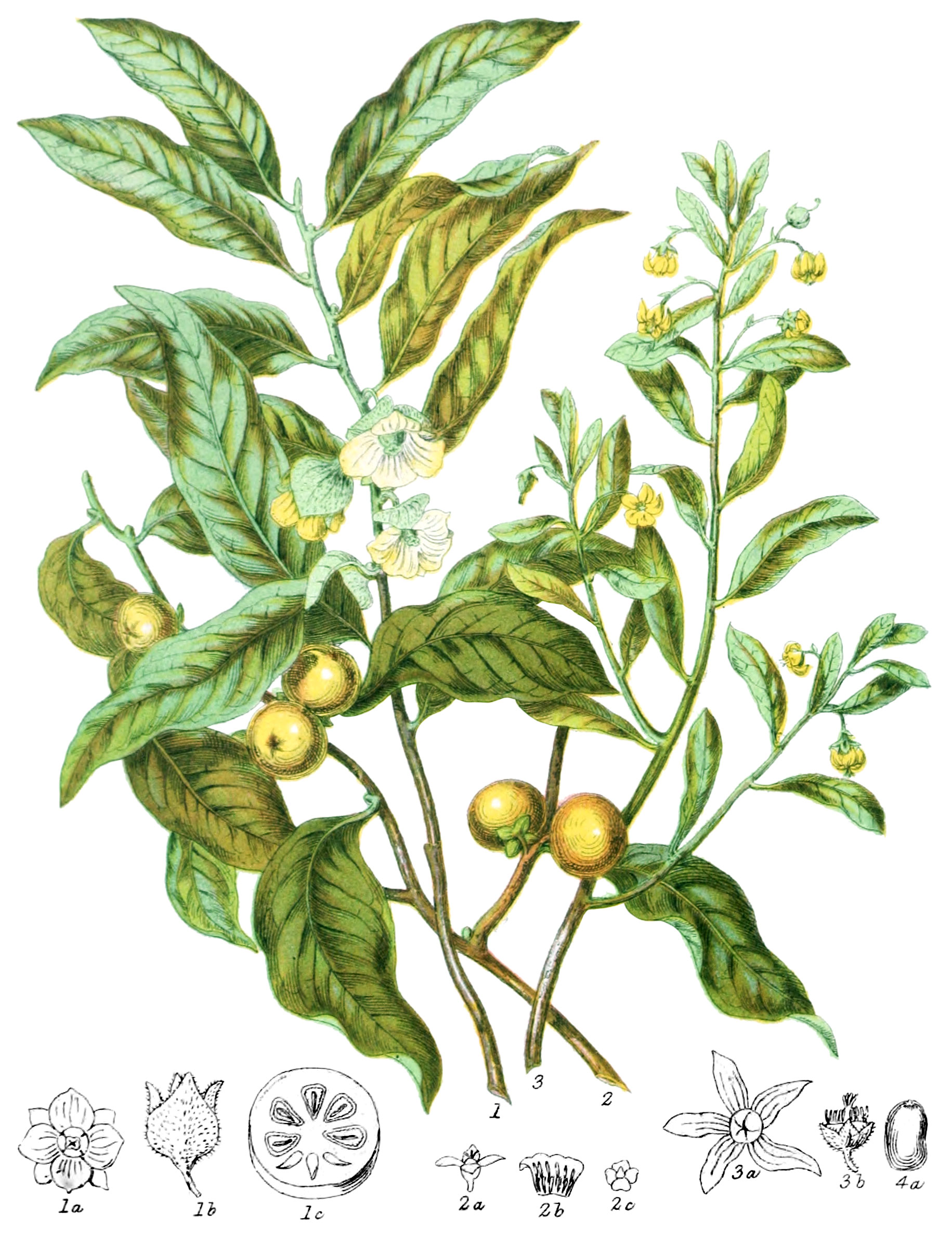 Trees and shrubs, with heavy, solid wood, and without milky juice. The leaves are alternate, without stipules, entire at the edges and leathery. The flowers grow at the base of the leaf-stalks; they are seldom complete, the stamens being imperfect in some, the pistil and ovary in others. The calyx has from three to seven divisions. The corolla is of one petal, attached to the base of the ovary, regularly divided into three to seven parts, deciduous, somewhat leathery, usually downy on the exterior, and smooth within. The stamens arise from the corolla, or from the base of the ovary, are of equal number with the segments of the corolla, and alternate with them, or are twice or four times as many; sometimes fixed in pairs at the base of the lobes of the corolla. The filaments are sometimes simple, sometimes double, both the divisions bearing anthers attached by their base, lanceolate, two-celled, gaping lengthwise, sometimes bearded. The ovary is without a disk, many-celled, each cell having one or two ovules, pendulous from the top. The styles is divided, seldom simple; the stigmas divided or simple. The fruit is fleshy, round or oval; the seeds have a membranous covering, a few only ripen; they contain albumen.

This Tribe is allied to Sapotaceæ, but differs in the dense wood and watery juice. In some points of structure it has affinity with Oleaceæ.

Hard wood and eatable fruits are the principal characteristics of the trees.

This Tribe chiefly belongs to the Tropics of India; a very few species extend northwards as far as Europe, in Italy and Switzerland.