In 1632, Galileo published the now famous Dialogue Concerning the Two Chief World Systems, a book presented as a dialogue between three people supporting the idea that the planets orbited the sun (heliocentricity). A year later, he was forced to denounce his own work by the church because it was seen as heresy against the traditional idea that the sun and other planets orbited the Earth (geocentricity). Data generated from the dialogue are presented below as rays eminating a sun in celebration of Galileo’s clever method of supporting heliocentricity with common dialogue, which made it more approachable for the public—a valuable contribution to the scientific revolution.

The three people in the book represent differing viewpoints at the time:

How it was made: Each piece of dialog was colorcoded by who said it and converted to a single line with the length based on how many words were spoken in it. Longer lines = more words spoken. The entire book was divided into roughly equal groups—each with the same number of words without splitting pieces of dialog. Groups were then wrapped around a circle clockwise starting at the top, forming the shape of a sun. 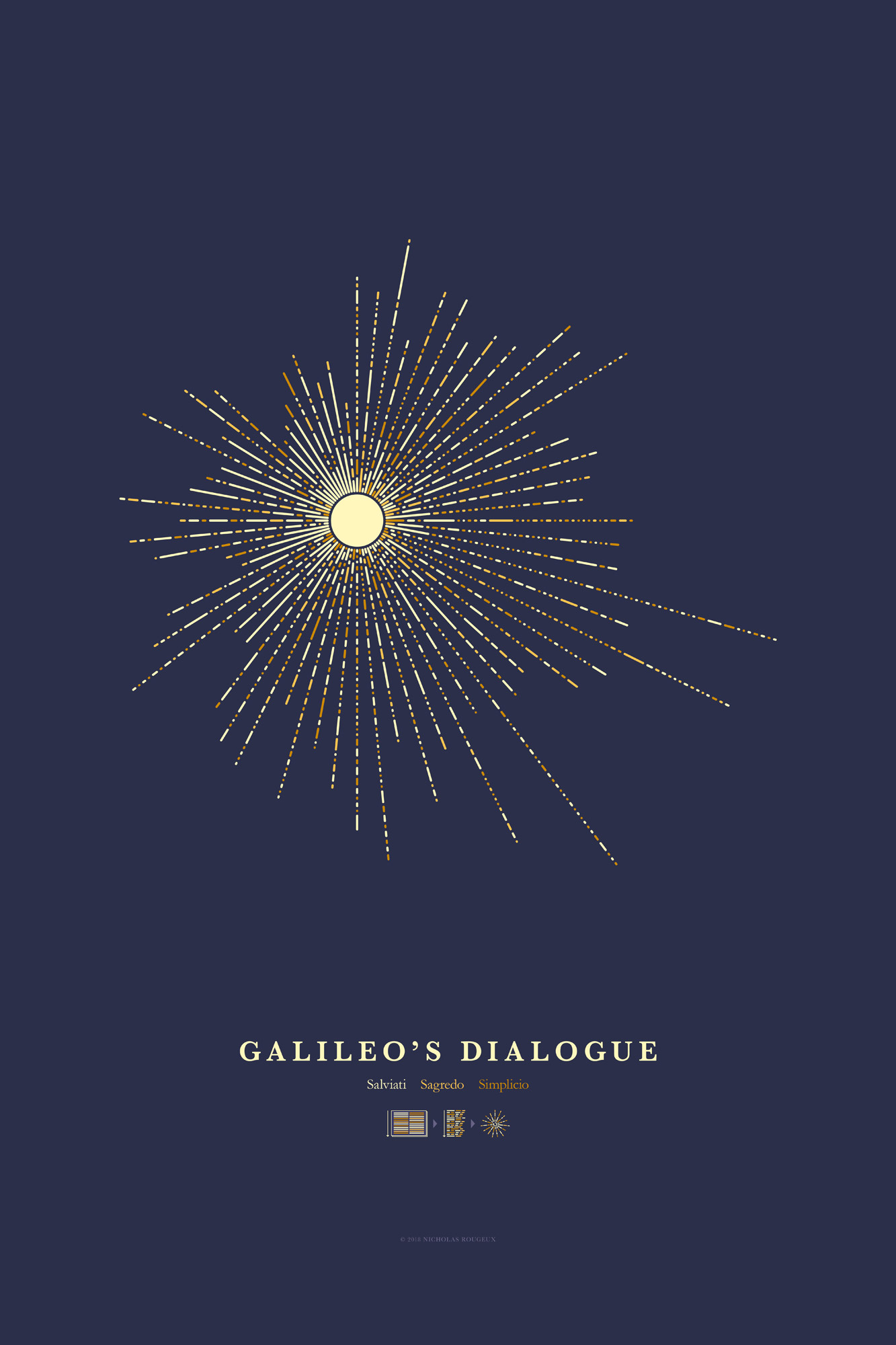 Source: Mathematical Collections and Translations by Thomas Salusbury, 1661. Available from the University of Michigan as part of the Text Creation Parntership under CC0 1.0 Public Domain Dedication license.